Women’s Day: How media can revolutionise gender equality in India 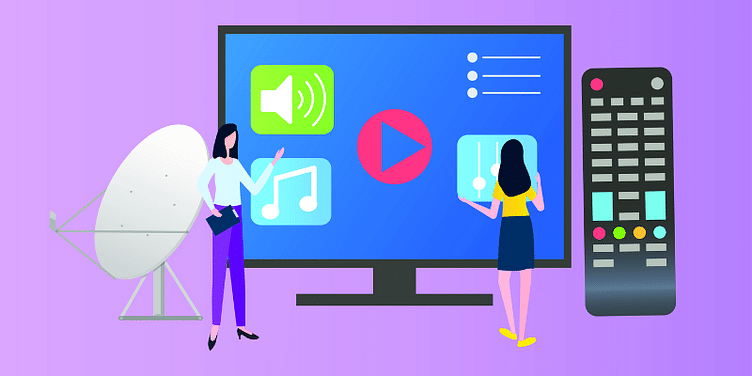 The portrayal of women in media has a direct impact on how society deals with feminism. But will the media and entertainment industry be able to lead to gender equality in India?

Although India has witnessed remarkable economic progress and rapid development in recent decades, gender equality continues to remain an issue. Women are amongst the largest consumers of film and television, representing a key demographic and the advertisers that support this sector.

And as an industry that has the soft power to bring about radical change, the portrayal of women in media has a direct impact on the way the society deals with feminism.

The new era of gender equality focusses on the impact of various social movements on women, the nationwide recognition of journalists and influencers, and creating gender parity for not just men and women, but all genders at large.

In that light, it seems only appropriate that we also talk about how we look at creating a balance for better.

After all, the women of this country are no longer afraid to demand equality and to persecute anyone who stands in the way or violates this human right. But how far have we really come?

In a report by the UN about Gender Inequality in Indian Media, it was found that less than five percent of leadership positions across media companies are occupied by women. The number stands at 13.6 percent for magazines, 20.9 percent for TV channels, and 26.3 percent for digital portals.

This had a direct ramification on the way women were portrayed in media as well. A large section of mass media portrayed women as submissive, docile, and home-bound. There were not many shown as leaders or professionals. Most weren’t even recognised as breadwinners.

However, with changing times the media and entertainment industry too has taken a pivotal stance towards standing for women. The industry is now playing an important role in shaping the way the world looks at women. It largely influences the audience, with women trying to resonate with the protagonists and men trying to mimic behavioural patterns of lead roles.

Unlike its previous history, women today are being viewed in positive roles. Content and character development are now being made keeping in mind the impact it creates in the society. Right from television to films, media has helped change the outlook of people towards women. Viacom18, as a network, has also contributed in breaking stereotypical “kitchen politics soap operas” with shows like MTV Nishedh, Balika Vadhu, and Na Aana Is Des Laado and films like Padmaavat, Toilet: Ek Prem Katha’ and ‘Queen’. Protagonists who defy stereotypes associated with gender roles help in both how society sees them and the way women see themselves.

Even though it was unthinkable to have numerous female leads a decade ago, times have now changed. With the days of the macho hero being numbered, we are now seeing actresses assert their rights, command their market price and play influential title roles.

Actresses are now denying songs and roles that objectify them to justify their presence in films. Roles are being specially written for them and producers are no longer fighting shy of investing in female-oriented movies. Above all, the audience is beginning to troop into theatres to cheer them as loudly as they did for the male leads in the past.

Moreover, this change is helping women stand up for themselves and recognise the wrongdoings that have been placed for them by society. Hence, bringing about a movement that focusses on the betterment of not only women but all genders at large.

What we should be looking at now is a transformed and an inclusive world. We have observed some positive trends that are helping shape our society towards being a conducive place for women. Be it transformational changes at corporates or empowering conversations with leading women in the sports and entertainment industry, we are now witnessing change. In fact, this year and in the years to come, we are hoping that the media and entertainment industry will bring about major changes that will point towards gender parity. The industry, both behind the screen and on the screen, is providing for role models to look up to.

Quoting James Wallman, from The Future of Gender Equality Report, "In the future, we're going to break today's norms, we'll create norms that are much better. We'll be living 50/50 lives, we'll be sharing the responsibility, we'll be part-time caregivers and part-time entrepreneurial breadwinners."

As the world marches towards the next phase of gender equality – an era that promotes balance for better living, for better policies, and for better investment – we are going to wake up to the limitless privileges that come with gender equality.

Young women today know their own needs and their own potential best, creating the space for a new generation of leaders to thrive.