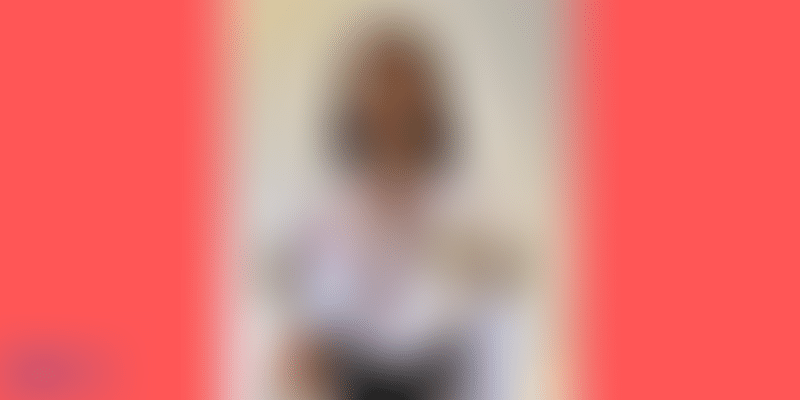 Rayna Singh, a 17-year-old school student, teaches Taekwondo to girls from slum households to promote self-defence and give them the confidence to dream big.

That Rayna Singh is not your typical teenager is evident in the way she exhorts a young girl from a slum that is near her school.

“Decide who you want to be and push to get there. I will teach you not only to defend yourself but to hold your head high.”

The 17-year-old, who studies at the American Embassy School in Chanakyapuri, Delhi, teaches Taekwondo to girls from slum households to promote self-defence and give them the courage and confidence to dream big.

When Rayna was nine years old, her family moved to India from San Francisco. Having lived a sheltered life so far, she started noticing the differences between the haves and have-nots. As she grew up, this translated into a passion to give back to the community.

Life changed for Rayna when she was in Class 5 and she met her teacher Susan Vernon, a passionate martial artist and a dedicated academic.

“I started doing Taekwondo as an extracurricular activity purely for fun. I wanted to join the club because my teacher, Susan, started the programme. She was a fun teacher, so I thought I would give it a try. I had no idea what lay ahead!. Later that year, I competed at my first Taekwondo competition. The competition is called ‘Worlds’ as people from all over the world come to compete. It is the largest single-style martial arts tournament in the world. That is when I began taking this sport seriously,” she recalls.

Her instructor insisted that Rayna compete in all four traditional events, including sparring. As a young black belt, she also began teaching Taekwondo to her peers.

At the American Embassy School, a few students from a nearby slum attended English classes as part of the Make A Difference (MAD) initiative that the school organised and continued for many years.

“Through that programme I saw some of these young girls were really shy - way more than I was at their age. As I spent time with them, I realised that they had a lot of energy and were fun loving, but lacked confidence. I realised that if they also got an opportunity to build self-confidence through Taekwondo, their lives would change for the better,” she says.

Hardayal Kumar, a staff member in the technology department, and also an instructor in the Taekwondo programme, invited Rayna to visit the nearby Vivekananda slum to see how and where these young girls were growing up. Hardayal helped connect Rayna with the Vivekanand Community, and Susan connected Rayna to the Make a Difference programme.

The three worked out a plan where Vivekanand girls, who came on to the campus to study English once a week, stayed an extra hour and trained in martial arts with Rayna and Hardayal.

“He was from there, and through personal initiative and with support of others who saw his potential, he had boot-strapped his way out of the slum. That visit was eye-opening. Around the same time, I also enrolled in the Taekwondo Instructor Programme, an international instructor training programme geared to develop leadership and coaching skills. All these incidents inspired me to begin teaching Taekwondo to these young girls,” she adds.

An initiative that began with just four-five children slowly began to swell. Initially, it was just Rayna, Hardayal, and other staff who taught. Soon, her younger sister and mother, also black belt leaders and instructor trainees, helped out. In a short period of time, 25 girls began regularly training and testing, working their way toward their own black belts.

Rayna speaks fondly of 14-year-old Anushka, who started when she was 12 and is now helping as an assistant instructor. Vishaka, another very motivated martial artist, is learning various Taekwondo forms and also enjoys working with weapons like ssahng jeol bong.

The families initially thought of it as a wonderful opportunity for their girls to learn English. However, some opposed the martial arts training. Hardayal helped them to overcome their concerns and change their attitudes.

Rayna is now in Class 12 and preparing for college next year.

“I am interested in business and psychology, and am hoping to earn my bachelor’s degree in business. I think an MBA or a master’s degree in psychology in the future might also be an option - although that seems too far away. I am however hoping that this small, accidental initiative will continue and many more girls will have the chance to embrace positive change,” Rayna says.

She is also training for her third-degree black belt this November. She believes that Taekwondo is akin to a lifestyle.

“Great things happen when you take up a cause and start living it every day. Creating a community change requires a lot of patience. Empathy and understanding make all the difference. Taekwondo has inspired me to challenge my limits; this is just the beginning,” Rayna says.