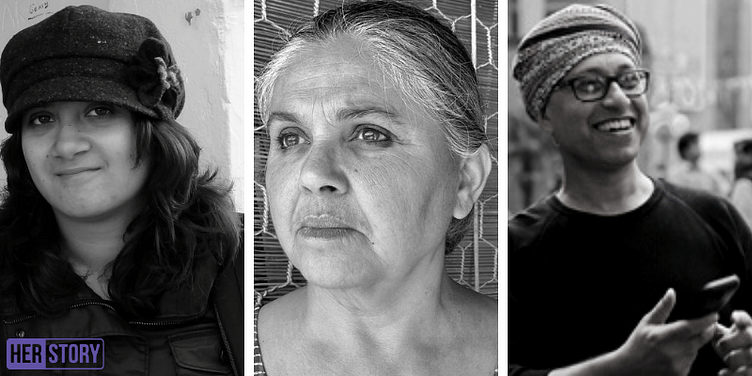 Travel author Shivya Nath; Malika Virdi, a sarpanch in Uttarakhand; and Osama Manzar, a social and angel investor, have come together to start Voices of Rural India – a not-for-profit digital initiative that hosts curated stories by rural storytellers.

In the vast expanse of rural India, you can find many interesting stories – of determination and fortitude, guts and gumption, innovation and jugaad, and the will to live life according to circumstances and against odds.

Most of these interesting stories do not come to the fore because the focus is still on cities and urban populations because the narrative is easily accessible. Perhaps, we are also guilty of not searching deep into the rural regions of India and finding these stories.

Voices of Rural India, a not-for-profit digital initiative has been started by three enterprising people - author and travel author Shivya Nath; Malika Virdi, sarpanch of Sarmoli Jainti Van Panchayat in Uttarakhand; and Osama Manzar, founder of Digital Empowerment Foundation. They hope to revolutionise storytelling by hosting curated stories by rural storytellers. Unlike most existing online platforms, these stories are told in written, photo, or video format, and will be told directly by local storytellers.

“The conversation about Voices of Rural (VoRI) India began sometime in May, when the scale and intensity of COVID-19 was finally sinking in, and the impact of the pandemic-induced lockdown on tourism was becoming evident,” Shivya tells HerStory.

It became obvious that tourism was unlikely to recover in the foreseeable future (in advance of a vaccine) and that despite the loss of livelihoods, rural communities were choosing to remain closed to the outside world.

“As urban dwellers with easy access to the digital world, we can continue to work, study, and scout for new opportunities online. In rural parts of India, however, the lack of digital skills and tailored opportunities continue to be a challenge. This context sparked the idea of Voices of Rural India,” she adds.

Voices of Rural India (VoRI) can really be considered a successor of @voicesofmunsiari – India’s first Instagram channel to be run entirely by a rural village community!

In 2016, @voicesofmunsiari began with the support of Shivya Nath, Malika Virdi, and her community-based tourism organisation, Himalayan Ark, in the Munsiari region of Uttarakhand. In subsequent years, they also organised a smartphone collection drive as well as a photography and Instagram workshop in Sarmoli village.

@voicesofmunsiari, which was purely driven by the passion of local creators, convinced the trio of local storytelling talent and the need to create more digital storytelling opportunities.

Shivya met Malika in 2016 when she first travelled to Sarmoli Munsiari and met Osama through a different digital project in 2019. Malika and Osama connected over a discussion to set up a digital resource center in Sarmoli.

Coming together of like-minded people

Shivya Nath is the author of a bestselling travel memoir and runs one of India’s most widely read travel blogs, The Shooting Star. Malika Virdi is the founder-director of Himalayan Ark, a community-based tourism organisation in the Munsiari region of Uttarakhand. She is currently in her second term as the sarpanch of the Sarmoli Jainti Van Panchayat. She is also the founder-member of Maati Sangathan, a women’s self-help group that works in areas of domestic violence, agriculture, and conservation. She was also one of the 1,000 global peace women nominated for the Nobel Peace Prize in 2005.

Osama Manzar is a global leader on the mission of eradicating information poverty from India and global south using digital tools through Digital Empowerment Foundation, an organisation he founded in 2002. He is a social entrepreneur, author, columnist, angel investor, and mentor, and sits on several government and policy committees in India and outside, working in the areas of Internet access and digital inclusion.

VORI is currently supported by the Digital Empowerment Foundation as an incubation partner until it becomes self-sustainable.

At 23, this woman gave up her 9 to 5 corporate job to travel around the world

Stories from the heartlands

Shivya says that despite a long tradition of oral storytelling, rural communities are largely excluded from the digital storytelling space. There are many initiatives documenting traditions across rural India.

Many writers, photographers, and film-makers focus on rural India, but the very people whose stories these are don’t end up owning them. That’s what Voices of Rural India hopes to change and challenge with the storytelling initiative.

The platform has partnered with community-based tourism organisations across India, who have already invested in the local community for many years like Global Himalayan Expedition, Himalayan Ecotourism, Himalayan Ark, Grassroutes Journeys, and Spiti Ecosphere.

The storytellers are typically guides, homestay hosts, people involved in tourism, and youth and women from the community.

“The organisations help us identify the storytellers and brainstorm ideas. Our team and virtual volunteer network help hone these into interesting story lines. The first draft is developed by the storytellers and the process of feedback continues until the story is ready for translation, editing, and publishing. We carry both the edited English version and the original version in the local language,” says Shivya.

Some of the stories so far include:

A postman from Ladakh shares his fascination for petroglyphs dating back to the Bronze Age.

A student from Tirthan Valley shares a fascinating local festival in which men wear clothes of grass and yell abuses to provoke bad spirits.

An amchi (traditional medicine practitioner) from Spiti shares the ancient unsolved mystery of a 550-year-old monk found mummified in the mountain village of Giu in 1975.

A homestay host from Munsiari shares a curious local festival dedicated to the black crow!

The stories are currently popularised on social media and email subscriptions on the website. The founders are also exploring collaborations with potential media partners. They also have volunteers from all over the world working with them on the stories.

“As a volunteer translator for VoRI, I translate stories from rural India for the global audience. To tell an engaging tale with little to no editorialising, while remaining true to the original story and storyteller is a task that I find both challenging and exhilarating, and immensely fulfilling. So glad to be part of this project,” says Lakshmi Jagad, a content writer who works with VoRI from Atlanta in the US.

The stories are currently popularised on social media and email subscriptions on the website. We’re also exploring a collaboration with potential media partners that can help us build our digital reach.

The storytellers are currently paid Rs 1,000 for each story accepted for publishing. They are currently exploring a pyramid model, where with more experience and contributions, the compensation is higher, gradually aspiring to pay at par with online publications.

“Besides creating a direct source of income through the stories published on Voices of Rural India, we hope that the digital storytelling skills thus acquired can be used to build and promote local entrepreneurship, including tourism and other small-scale ventures,” Shivya says.

The response so far has been encouraging, she says. “While people in most communities have shown interest and passion towards this new form of storytelling, it has also been an effort-intensive and time-consuming process for many. The learning curve is fairly steep, but many storytellers have already come back with a new set of story ideas. There seems to be a sense of pride to see their stories, photos, and videos on a medium that was mostly unfamiliar until now,” she adds.

Their biggest challenge, however, comes from India being a country with a huge number of languages and dialects. They are still figuring out how best to curate the website such that it is not only accessible to the average urban reader, but also to the communities that own the stories we share.

“During COVID-19, we will continue to develop and share training material over WhatsApp and other socially distanced ways and bring stories by local people from faraway places to the digital space. We are eagerly looking forward to a post-COVID world, where we can physically travel to visit the communities we are virtually working with, conduct digital storytelling workshops, identify local ,talent and hopefully bridge some of the gaping urban-rural digital divide,” Shivya says.

Why this woman entrepreneur started an educational toys platform for children