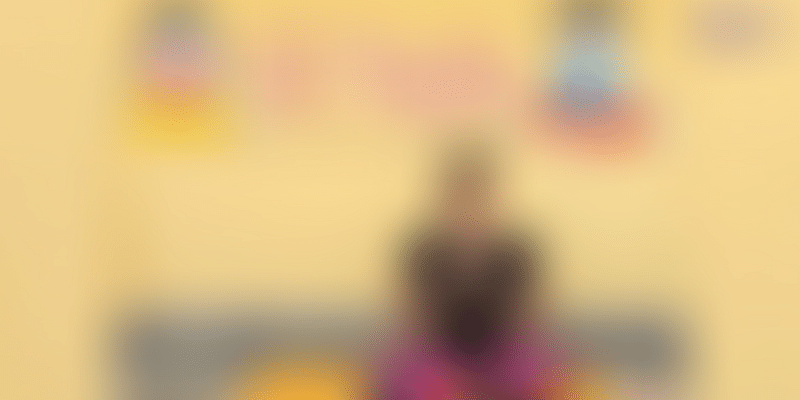 Founded by CA-turned-entrepreneur, Sabrina Merchant in 2018, Li’l Yogis conducts weekly yoga classes for children between seven and 13 years of age. Among her clients is Taimur Ali Khan, popular star child of Kareena and Saif Ali Khan.

Signing up for a package at a local gym in Mumbai 11 years ago changed Sabrina Merchant’s life for the better. There she met yoga instructor Pramila Khubchandani and experienced the mental and spiritual benefits of practising yoga.

She says the best part of the yoga class was when it ended with a spiritual quote or thought to ponder upon.

“That is when my love for yoga started growing and I started connecting with myself. I was always interested in fitness and knew yoga through my mother and as part of my school curriculum but never really understood the nuances of its positive impact on health,” she tells HerStory.

Since then, yoga has been a constant in her life, even throughout her pregnancy and also while dealing with postnatal issues and after.

This Woman Entrepreneur And Author Is Transforming Lives With Yoga Breath Workouts!

Yoga and storytelling for children

Sabrina always wanted to introduce yoga to daughter when she was younger but was afraid she would get bored soon. As a practising yogi, Sabrina had enough adults asking how she was able to  religiously practice the ‘boring exercise’ and did not want her daughter to be affected by such feedback.

While she wanted to introduce her daughter to yoga when she was in her teens, the little one started showing interest at the age of five itself.

“I wanted her to acknowledge the spiritual and mental benefits of yoga because children today are exposed to so many things and it was important to connect with themselves,” she shares.

When Sabrina could not find yoga classes for children in the city, she took matters into her own hands and started researching online on how to make yoga interesting for children.

Sabrina says she started small. During their storytelling time, she noted most children’s books they read together were set in nature and centred on animal characters. “I made them a little more fun by connecting the stories to yoga. If there is a butterfly character, both of us try the butterfly pose and continue with poses of tigers, trees, and other animals. I would then end the story with a moral,” she explains.

Her daughter thoroughly enjoyed these sessions and wanted to do the same when her friends came over. That is when Sabrina realised the need for a certification before taking responsibility for other children and went through 200 hours of skill training from the Yoga Institute, a government recognised non-profit organisation in Mumbai.

She says one major difference between yoga for children and adults is that children do not need breathing instructions as they have a natural rhythm, which is lost while growing up.

As more parents started showing interest, she went on to host a gathering for children of her friends and family. The passion was turned into profit by founding her venture Li’l Yogi in 2018.

Sabrina had converted her terrace facing the sea with fresh air and light into a studio. Apart from that, her initial investment has purely been in terms of effort and research.

Having taught more than 5,000 children between the ages of seven and 13 so far, she teaches elements of yogic poses through storytelling, with each story teaching a particular value. Hosting only 12 children at a time, she also includes partner yoga exercise to teach the value of teamwork and sharing.

The entrepreneur ensures children enjoy yoga sessions and conducts classes only once a week, despite parents requesting for three to four classes in a week.

“This is more than enough for children because it is a lifestyle they need to follow. The child should happily come once a week and not look at it as a mandatory class.”

Priced at Rs 500 for an hourly session, her sessions are popular among many celebrity parents and includes Taimur Ali Khan, popular star child of Bollywood actors Kareena Kapoor Khan and Saif Ali Khan.  However, the entrepreneur maintains a professional relationship with her clients and prefers to keep them as discreet as possible.

In addition to the B2C model through training sessions at her studio, the startup operates on a B2B model by partnering with international schools for their yoga curriculum. It has also collaborated with children’s brands like Pampers, Hamleys, Parapets, Pegasus, Firstcry, and P&G as well. Sabrina plans on launching sessions for teenagers soon.

International Day of Yoga: Sun salutations can transform your life

The coronavirus-induced lockdown has opened other avenues online and is now able to cater to requests from across India, Dubai, and Singapore.

“There were only so many classes I could take and had to reject many requests from across India. Online was something I did not imagine until COVID-19 happened,” she says.

Sabrina recently partnered with an upcoming edtech startup that will be launched in the next ten days and hopes to migrate Li’l Yogi’s online operations on the platform.

Before tapping into digital platforms, Sabrina went the old-fashioned way to expand her reach by self-publishing her book Ocean Yoga in January 2020. While one part of the book drives the plot forward, the other side shows yoga poses one can practice.

“For example, if they go sailing on the boat, children can do a boat pose shown on the next page. As the plot moves to encounter fish and other things, they can act these poses as instructed."

The entrepreneur finds happiness in being able to help thousands of children across India and beyond engage in yoga, one pose and story at a time. 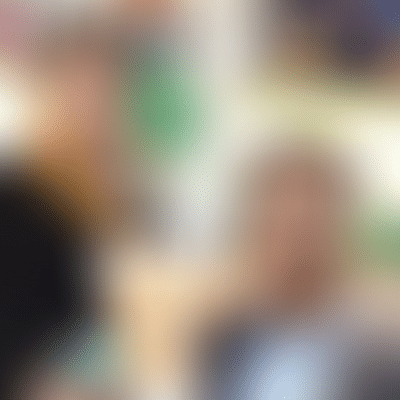