The crisis of internet safety: How free are women to enjoy the wilderness of the web? 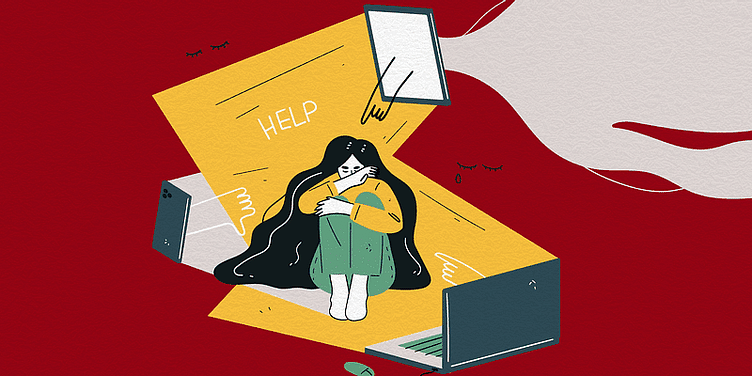 For most young girls and women in India, the internet has become a double-edged sword. Does one sign up for the vault of opportunities online and run the risk of facing harassment? What is the safety net online?

The internet came with the promise of a wealth of opportunities. But what was supposed to be a great equaliser has deepened gender-based inequities to an extent that 31 years after inventing the World Wide Web, in March 2020, Tim Berners Lee declared, “The web is not working for girls and women.”

This is because gender-based abuse on the internet — in the form of sexual harassment, trolling, messages threatening rape and murder, or leaking private pictures and videos without consent — have become rampant.

A global survey by Plan International revealed that 60 percent of girls and women have experienced harassment on social media platforms and one-fifth of them have either quit or reduced their social media use.

In India, data from the National Crime Records Bureau (NCRB) shows that reported cases of cybercrimes against women have increased from 4,242 in 2017 to 6,030 in 2018.

There has also been a surge in these incidents during the coronavirus-induced lockdown. The National Commission for Women received 100 cybercrime complaints in June, up from 54 in April, and 37 and 21 in March and February, respectively.

The power dynamics on the internet is far from balanced; out of 71 crore Indians with access to the internet, only 25 crore are women — about 35 percent.

And things get worse as 80 percent of these 25 crore women have been victims of cybercrimes, like cyber blackmailing and/or have been threatened with pictures and videos of sexual nature, morphing and defamation, impersonation, and cyberstalking, among others.

Unfortunately, social media platforms make it easy for cyberstalkers to access an individual’s personal information and use it against others often by posting sensitive content online without consent.

Shantanu Naidu, Deputy General Manager at the Office of Ratan Tata, has been working to have such non-consensual posts removed from the internet through his latest initiative Cyber Aid Army.

Started a month ago, alongside a victim of cybercrime, it is a closed group of 50 people victims of cybercrime can reach out to by filling a Google Form in order to have certain content removed.

He adds, “We have been mass reporting but it is not a full-proof method. The chances of succeeding are always 50-50. We couldn’t understand whether it was our strength in reporting or if the posts needed to be outrageously violating community guidelines.”

Unfortunately, after speaking to a few employees of social media giants, Shantanu learnt that community guidelines and enforcement practices are often arbitrary.

“There are a lot of variables that have nothing to do with protecting the victim. For example, anonymous sources informed me that if an account with many followers posts content violating community guidelines, taking action would have a higher business impact,” he explains, adding that reports will not be treated on priority.

Algorithms social media sites operate on are not very humane and perpetrators often find a leeway.

“For instance, a leaked nude photo that does not show the nipple technically does not violate community guidelines but this is such a horrible situation to be in because everything else, including their face, is visible,” Shantanu adds.

The sites also often provide a binary response stating that the reported content or account does not violate its community guidelines. Consequently, when these reported posts or accounts do not warrant action, it can affect a person’s ability to report the next account.

The next best method the team of Cyber Aid Army has resorted to involves mass messaging and commenting on social media sites and email contacts.

Shantanu says, “The perpetrators post them for comments, likes, and traction. Around 50 people bombing them with messages stating illegality under certain acts has to put them in a spot.”

Cyber Aids Army has been able to help nearly 20 victims. In cases where victims are not comfortable in sharing content, the team teaches the victim how to have it taken down.

The army of trolls

Gender-based online abuse is vivid when it comes to online trolling. Mumbai-based cybercrime lawyer Puneet Bhasin says women are trolled more than men because India is a patriarchal society.

“Trolls get a psychological thrill out of putting others down and insulting them. It is a form of cyberbullying and definitely an offence in India. You see a large number of women being trolled because not many women are trolls in the first place,” she adds.

Hence, for many women activists and leaders in India, speaking up on the these “democratic” platforms often comes at the cost of being trolled and consequent trauma. As a result, it impacts the way they use social media.

Troll Patrol India – Exposing Online Abuse Faced by Women Politicians in India, a study published by Amnesty International in January 2020, revealed that one in every seven tweets that mentioned Indian women politicians were abusive, waging racist and sexist attacks, and rape and death threats.

Between March and May 2019, 95 women politicians were mentioned one million times in such tweets.

Hasiba Amin, the national convener on social media for the Indian National Congress (INC) was quoted saying, “The trolling was sexist, misogynistic, and targeted me for being Muslim. I was told that ‘I have no right to speak as a Muslim woman’. Rape threats were routine, as were character assassinations, and insinuations about my sexual relationships with older men.”

Gurmehar Kaur, activist and author of Small Acts of Freedom (2018) and The Young and the Restless (2019), was targeted by trolls for posting a photo protesting against violence in 2017.

After a harrowing experience — receiving rape and death threats — she noted that not only were the authorities tardy in taking actions, but tech giant Facebook’s response was also disappointing.

“I feel it is very important that we start addressing the issue of online violence against women more seriously. The internet is a great space for us women to express ourselves and speak out but because most of the platforms where we do speak our mind are not as diligent as they should be when it comes to addressing online gendered abuse, a lot of women choose silence,” she told Amnesty International India.

Dhanya Menon, India’s first woman cybercrime investigator, emphasises that regardless of the number of followers, online abuse impacts everybody in the same way.

“But women are reluctant to take legal recourse due to the long-winding process and the unwelcome attitude of the law enforcement in these matters,” she adds.

Vibha Setlur, advocate and founder of law firm LegalChap, says that while India does not have a specific statute addressing cyberbullying, victims can take legal recourse through provisions in the Indian Penal Code and the Information Technology Act 2000.

However, experts share a divided view on what happens when a victim moves past the stigma and seeks help.

Nanda Chougule, Founder of Bengaluru-based cybersecurity firm ﻿Digisec360﻿, has trained the cybercrime branch of Karnataka for nearly a year.

During her time there, she noticed that the police force does not have the infrastructure or manpower to tackle all the cases registered. Hence, it ends up prioritising cases with high financial stakes while the rest are largely ignored.

Dhanya, on the other hand, says that most of the time, the police would not pay heed to complaints unless it involves sexual abuse.

“With due investigation, perpetrators can be identified and arrested but people have to reach out and complain. Cybercrimes against women are investigated very fast, especially in Maharashtra,” says Puneet.

For example, she says, a recent case involved a woman (a major) who complained of trolling and cyberstalking in July. “Within three days of filing an FIR, the culprit was arrested. His bail was rejected and a charge sheet has been filed. The accountability rate is high – which also depends on your legal counsel and advocate – and the legal system is in favour of women,” she affirms.

The cost of accountability

With a limited safety net in place, many organisations advise women to be safe and be aware of what information they share online. Activist and graphic designer Indu Harikumar believes it is unfair that the onus falls on women to be careful, —just like asking women not to go out to avoid getting raped.

According to Dhanya, there should be sensitisation at all levels. “A framework developed by women’s organisations, policymakers, and child protection entities with provisions to file a complaint and expedite is the need of the hour,” she says.

Shantanu agrees that the solution should change at the grassroots to hold perpetrators accountable for their wrongdoings.

He says, “As much as that should be the driving force and not have to have women to take care of this — which is really sad — someday, we as a group, will find a way to educate these perpetrators when we get an insight into where such mentality is born.”

“Our initiatives of calling them out, having them delete what they are doing — these steps might snowball into men realising that their actions have consequences,” he adds.

What to teach our girls about entrepreneurship