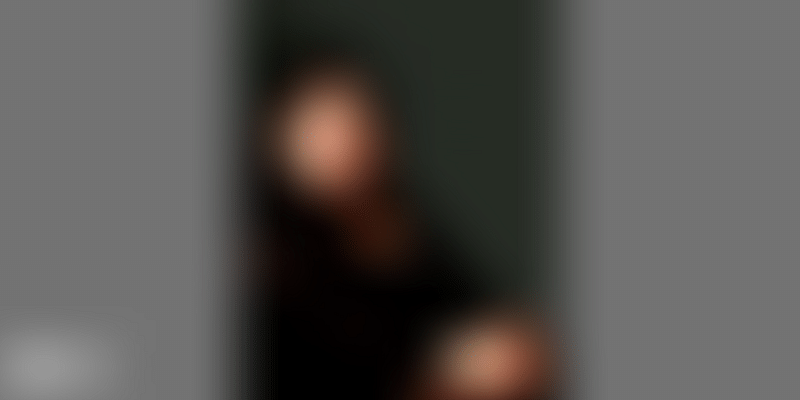 Gangster on the Run – The True Story of a Reformed Criminal is the story of Rahul Jadhav aka Bhiku, who transformed from a gangster into a ultra-marathoner and de-addiction counsellor.

In case of reel life mirroring real life, gangster Rahul Jadhav took the name Bhiku from 1998 Bollywood classic Satya. The tech-literate criminal, who ran an extortion ring over Skype, became one of the most wanted gangsters of his time.

But after his arrest in 2007, his transformation was what caught the public eye. Ravaged by alcoholism and drug abuse, his wings clipped, Bhiku rose from the ashes of his criminal life to become a deaddiction counsellor and ultra-marathoner. He has covered over 10,000 km, including a 2019 run from the Gateway of India in Mumbai to India Gate in New Delhi.

Puja Changoiwala met Rahul Jadhav as a crime reporter and interviewed him for a long-form profile for a foreign publication. As they sat together for six hours, talking on the Marine Drive promenade in Mumbai, Puja knew she needed more than a news feature to tell his story.

Gangster On The Run – The True Story of a Reformed Criminal tells the story of Rahul Jadhav aka Bhiku, the man who outran his demons.

In an interview with HerStory, Puja Changoiwala tells about writing the story, and its larger-than-life character.

HerStory [HS]: What made you write Gangster on The Run? Where did the story of Bhiku really originate?

Puja Changoiwala [PC]: I wrote this book because as a crime reporter, I’ve seen murderers turn their lives around. This is plausible as many murderers in our country are first-time killers, committing the crime due to personal vendetta or a moment of burning rage. Gangsters, however, tend to choose the world of organised crime. There is usually a certain consciousness that accompanies their circumstantial logic, and they largely live without regret, revelling in their reign of terror and the power of the pistols tucked in their backs.

However, Jadhav, who had grown to be one of the most wanted gangsters of his time, had managed to break free. His story was rare, of hope in an otherwise bleak world, of second chances in a universe of incarceration. A colleague told me about Jadhav’s transformation from an underworld hitman to an ultra-marathoner, after which I decided to profile him.

HS: What kind of research did you undertake for the book?

PC: Writing non-fiction is challenging; and if it isn’t, you’re probably doing it wrong. Although Gangster on the Run isn’t my first true crime book, it was particularly perplexing. It involved digging out 10-year-old documents, tracing crime branch personnel who were in office many years ago, identifying officers who could help me recreate the underworld era from the early eighties to until a decade ago, and convincing Jadhav’s family, friends, and co-accused to revisit a past they had carefully shunned to a dark corner of their minds.

It took immense research and numerous conversations before my sources agreed to share their time and their lives. These included officers who arrested and investigated Jadhav, lawyers, encounter specialists who helped with insights into the reign of extortion and the Mumbai underworld, Jadhav’s family, friends, co-accused, de-addiction counsellors, fellow runners, staff at the bars he frequented, among other voices.

I think all my conversations with Jadhav would qualify as interesting experiences. They brought insights into the Mumbai underworld from an insider - a gangster, who was the right-hand man of one of India’s most wanted dons.

Jadhav shared intricate details of his life, which I later corroborated with various other sources - his initiation, his recruitment, his tech-literate extortion syndicate, his shootouts, his downfall, and – eventually - his resurrection.

HS: The story of Bhiku is also a story of evolution. How did you personally trace his life and what were your experiences in telling it?

PC: It’s a wild ride, his story. I heard about his reformation from a colleague, and, in all honesty, I did not believe it. I decided to meet Rahul in a public place, the Marine Drive promenade in Mumbai. We sat by the sea, talking for six hours, discussing his crimes, his inner demons, and his external motivations. That quarter of a day told me that the man was walking around with a book in his belly. I returned home and verified his claims with a multitude of sources, including investigators, lawyers, and his counsellors.

Thereafter, I met Jadhav dozens of times to capture his journey in this book. It takes a while before sources develop faith in journalists and writers, and Jadhav, too, had his hesitations.

Once he was past them, he started revealing the gorier, more intimate, more embarrassing details of his life. For instance, he used to drink a bottle of whisky each day. Once, he went to his bar and returned in a vest and an underwear. He realised his clothes were missing only when his mother pointed it out to him. He’s extremely embarrassed about this part of his life, when he’d lost control, woke up in gutters and abandoned buildings, high on hooch and drugs, evolving into a schizophrenic. It took much time before he revealed such skeletons, buried deep in his closet.

HS: While narrating Bhiku’s story, what struck you most about the man? Can you elaborate?

PC: What struck me most was his incredible reformation. Jadhav was a boy, who lost his innocence to the Mumbai mafia; a painter, who lost his art to the 9mm pistol; a dreamer, who lost his ambition to cheap whiskey; a romantic, who lost his love to dimly-lit brothels; and a son, who lost his ideals to hard cash. He was a gangster, an underworld hitman, an extortionist, and an alcoholic.

Today, he is a de-addiction counsellor and an ultra-marathoner. He has participated in dozens of marathons and covered nearly 10,000 kilometres - including a 2019 run from Gateway of India to India Gate.

HS: What is your writing process like? How different was writing this book as compared to your earlier one.

PC: I usually get the first draft out of my way. It’s what they call the ‘vomit’ draft, where I just let my thoughts and ideas flow. This helps me have a plot and structure in place. Then, I move to heavy, heavy rewriting and editing, which goes on until I’m happy with the manuscript. This process works for me because we use the creative side of our brains to write and the logical side of our brains to edit. Simultaneous writing and editing means a war between the two halves and the outcome, for me, is never pretty.

HS: Your book also got a glowing review from former Mumbai ATS chief Rakesh Maria. How did you feel about that?

PC: Always great, isn’t it? Especially because Rakesh Maria is an officer I deeply admire and respect.

HS: Do you think the lockdown has impacted publishing and reading of books in some way?

PC: I think the habit of reading has benefitted, but the publishing industry has certainly faced a setback. Printing and publishing had stopped intermittently, book releases were delayed and there was a marked drop in sales. I understand that even now, brick-and-mortar bookstores are struggling to cope. Understandably, there is a preference for digital deliveries and marketing activities have shifted completely online.

HS: Tell us about crime reporting and how your experiences helped shape this book and the one before this?

PC: I joined Hindustan Times’ Mumbai bureau as a crime correspondent in 2011, and those early years paved the way for my work as a true crime author.

For instance, my first book, The Front Page Murders, is based on the Vijay Palande case, an alleged serial killer, who stands accused of murdering and hacking Bollywood aspirants for wealth in Mumbai, 2012. I reported this developing story over months for Hindustan Times. However, even after the press coverage culminated, the story did not leave me, compelling me to write a book about it.

I can say that my books are an extension of my journalism, and, in all likelihood, I’ll always be a journalist first. Even my third book, tentatively titled Homebound, offers a peek into the migrant exodus that followed the COVID-19 pandemic in India - an issue that deeply affected me as a journalist.