Why this successful woman entrepreneur set her sights on the EV market with OBEN, a premium e-scooter 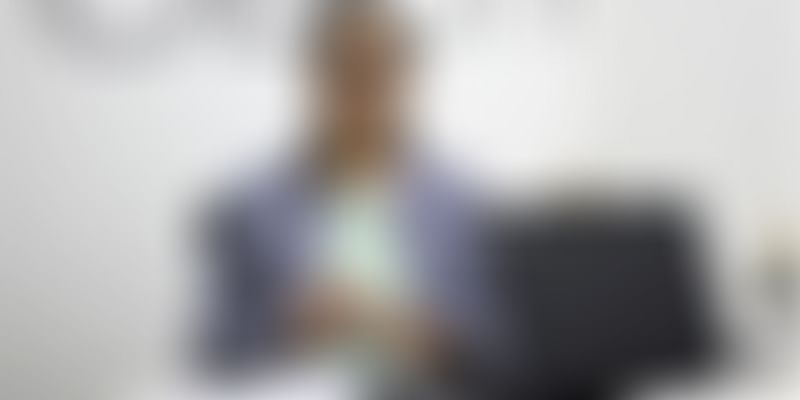 Madhumita Agrawal and her husband, Dinkar Agrawal, founded EV startup OBEN, which aims to develop a unique made in India electric scooter with innovations focused on improving customer comfort and experience.

After completing her engineering in biotechnology from Biju Patnaik Technological Institute in Odisha, Madhumita Agrawal enrolled for a law programme at IIT-Kharagpur. This changed her entire outlook and took her on the path to entrepreneurship.

“The programme was designed for engineers or those with a technical background. It helped us specialise in intellectual property and patents. Also, the IP system was picking up at that time with a lot of push from the government. Technology and innovation consulting organisations became the need of the hour,” she recalls.

From IP to automotive

In 2016, Madhumita, along with her husband, Dinkar Agrawal, started IPexcel in 2016. In less than five years, it has grown into a multimillion-dollar company with offices in Bengaluru, Hyderabad, and San Francisco, California.

When the Electric Vehicle (EV) market started picking up in India, Madhumita says a lot of consulting started happening in the space. With their own involvement, they started toying with the idea of entering the sector with OBEN, a premium e-scooter brand. With Dinkar’s expertise from seven years at General Electric, the duo felt it was the right time to enter the consumer segment.

In August 2020, in the middle of the pandemic, Madhumita and Dinkar launched OBEN Electric Pvt. Ltd. OBEN in German means ‘top’ and reflected the top-notch e-scooter the couple wanted to launch in the market.

“We were entering the B2C segment, and talking about 21 million units of two-wheelers a year, the largest market in India. The biggest challenge for us is to change consumer behaviour – to switch from petrol or diesel to electric,” Madhumita says.

“We also had to think of a viable business model, one that is premium and also offers a stable battery. We took it as a challenge that we needed to have our pre-production a lead time before launch,” she adds.

Madhumita says the combined experience of the team of 14 that includes automotive experts, entrepreneurs, and strategists made this possible just in 8 months. Its product, the premium e-scooter OBEN, is ready to roll out after July next year.

So, how is OBEN different from the e-scooters available in the market right now?

“We have invested a lot in design and research to understand what kind of scooters are being sold and accepted. We don’t want to go against consumer behaviour that likes a particular kind of vehicle. As for performance, we have nailed it to zero-hassle recharge that is our proprietary technology. This is what we believe will drive mass adoption of EVs,” she says.

Madhumita also outlines specific strategies they have adopted to create a new segment in the scooter segment.

“We have to give something that is comparable, similar, or better. After extensive surveys on consumer behaviour, we can safely say that ours is a unisex scooter, suitable for men, women, and families.”

A dealer system is still yet to evolve for EVs because there’s not much of maintenance cost or after-sales revenue from the consumer. So, OBEN is looking at franchise models to move forward, and later a dealership model.

The company is bootstrapped with the founders’ money, which Madhumita believes was instrumental in developing a pre-production model at 1/10th of the cost and in record time. But, they are not ruling out raising funds at a later stage.

Does she feel it’s difficult to be a woman entrepreneur in India?

“I would say the moment a woman is out for business, as an entrepreneur, manager, or employee, she faces prejudice and has to deal with it. But it’s changing and will gradually change for the better. When you start making sense with your work and capability and being at the table, things change. Also, embrace the fact that you are an important person and destined for great things,” Madhumita says.