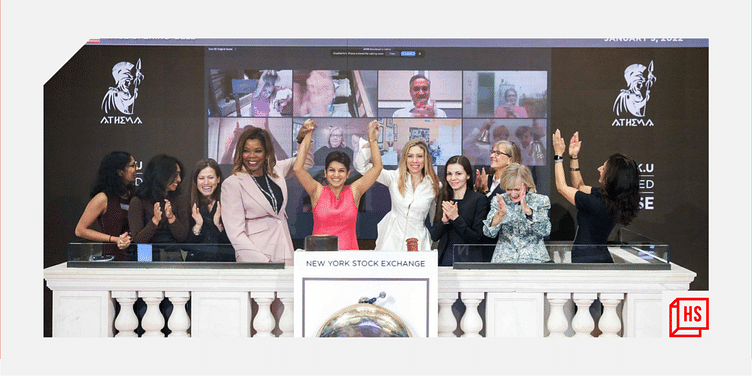 On December 15, it announced the closing of the $250 million IPO with 25,000,000 units priced at $10 each. The company now sets its eyes on identifying “a technology leader to bring to its next stage of growth.”

Kirthiga, former managing director of Facebook India and South Asia, tweeted, “This is everything. Athena Tech II - the third of all-women-led SPACs; the first time an all-immigrant female management team rings the bell NYSE. We come from Bulgaria, France, Romania and India.”

Kirthiga who sits on the board of companies such as WeWork and Pear Therapeutics called the bell-ringing moment “one for the heart” as her and Isabelle’s children had joined while her mother and husband Devanand Reddy dialed in over Zoom call from India.

“We are ready to bring the unmatched operator + investor expertise of Athena SPACs, execution super powers and long-term value creation focus to a transformative company at the forefront of the new age economy,” she wrote.