The Republic of ‘Her’: Writing the HS Pioneers handbook 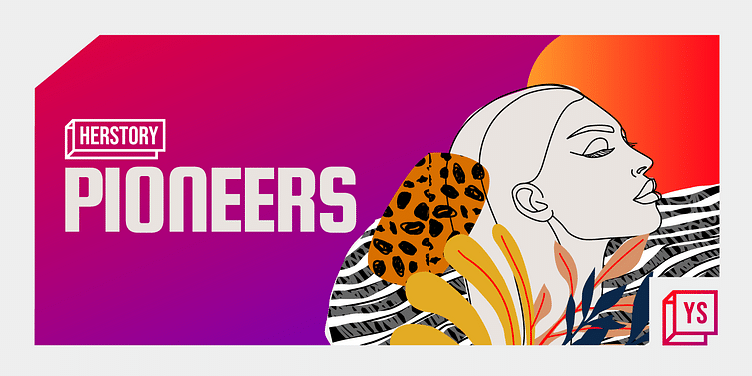 Presenting some of the best from the HerStory list of Indian women pioneers — disruptors, trendsetters and rule breakers — the agents of change, who are smashing sexism and scripting stories of rebellion and resilience in diverse fields.

This International Women’s Day week, YourStory’s HerStory (HS) is proud to bring together the stories of 30 such pathbreaking women in the HS Pioneers handbook. The list is by no means exhaustive but offers a glimpse into a shared sisterhood of strength, solidarity and success.

For nine years, HerStory has been bringing you stories of women storming into the strongholds of patriarchy — the proverbial male bastions — to shatter stereotypes and take on jobs once considered taboo, or not fit for them.

These pioneers are women who are first of their kind. From battling societal biases to age-old perceptions, these are challengers who have braved several odds to set precedents in their own fields.

However, their stories would remain incomplete with the catchphrases ‘first of their kind’, or even the ‘very first woman’ in their chosen field. Alongside breaking records, they are emerging as inspirational role models for future generations. They are the answer to the question: But no woman has done this before. They are an answer to each family, institution, company and custodian of patriarchy, raising eyebrows.

What distinguishes the HS Pioneers list is that it is not a corporate-only club. It flexes its muscles beyond the narrative of the urban brigade or strictly speaking the social media tribe to represent those from far and wide — to include stories of a stargazer-turned-air-commander to that of a local fisherwoman and a woman who wrote her own destiny from growing up in a Mumbai slum to working at Microsoft  — in the overarching narrative of change.

It belongs to the world of changemakers who have ventured on to the field or the road, underwater or in fighter planes, to paramilitary forces, fintech frontiers, to reverse the status quo.

It is time to be cheerleaders and allies of women with diverse ambitions, aspirations and dreams.

Turning the wheel in women’s narratives, these pioneers are paving the way for a future generation of disruptors. These are women who chose unconventional careers only to show how they can rough it out with physical strength and steely determination as well as mental faculties to persevere in their jobs.

HS Pioneers is an initiative to celebrate their quest for love, independence and inclusion.

As gender politics demands a nuanced understanding of diversity, where no dream is big or small, where a woman’s self-awareness is far more valued than any handed down notion of textbook empowerment, we believe women’s stories told by women themselves is a step forward.

We at HerStory take great pride and joy in putting this together to steer a world where there are more and more such stories of courage and cheer.