5 of 2022’s 15 unicorns have at least 1 woman co-founder. Does this signal a more inclusive startup ecosystem? 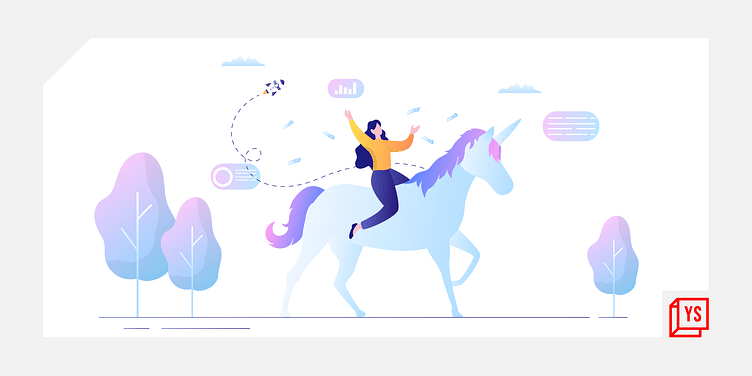 Of the 15 unicorns of 2022, 5 have a woman co-founder. Does this mean the Indian startup ecosystem is finally ready to be more than yet another boys’ club?

On October 29, 2012, investment banker-turned entrepreneur Falguni Nayar tweeted, Beauty gets a new name. Nykaa.com goes live tomorrow. Little did she know that she was creating history.

To be fair, India now has 15 unicorns that have at least one woman in their founding team, and yet Nykaa remains the only one to be founded by a solo woman entrepreneur. The other 14 have at least one or more male co-founders as well.

This year, in fact, saw five startups — ﻿LEAD﻿, ﻿Hasura﻿, ﻿Amagi﻿, ﻿Oxyzo﻿, and Open — with at least one woman co-founder enter the unicorn club, which is one-third, or 33.33 percent, of the total 15 unicorns that emerged this year, the highest ever. However, this still means that only 15 percent of India’s 100 unicorns have at least one woman founder.

But it’s only May.

Despite reports of investors’ focus and growing interest in empowering women entrepreneurs, YourStory Research data reveal that in Q1 2022, of the 482 funding deals in the Indian startup ecosystem, only 78 were raised by women-founded and co-founded startups, i.e. 16.18 percent.

And the value of these deals was just $751.54 million, which is 7.5 percent of the total $10.02 billion raised in the quarter. With five women-co-founded startups entering the unicorn club in just five months, can we hope for a significant shift for women-founded companies?

Mabel Chacko, Co-founder of Open, says, “I have always strongly believed in gender neutrality. We have been lucky to have investors who have been strong proponents of merit and have pushed for the same. It wasn’t the case in 2009. Investors would ask me if I could have work-life balance, or how I could start a company with my husband, or what would I do in case there are life issues… Today, investors too have become aware and are more than willing and open to be gender-neutral.”

Additionally, it is quite likely that as more women-led startups raise funding and enter the unicorn club, investor interest and attention toward women-led businesses increase even further.

In an earlier conversation with YourStory, Anand Prasanna, Managing Partner at growth-stage fund ﻿﻿Iron Pillar﻿ said, “The unicorn tag is a milestone. As an investor, we look at it as more long-lasting, and while these startups may not last or even have a drop in valuation, the idea of a unicorn as a concept has lasted long (for maybe 16 centuries), and we believe, looking at the growth trajectory and other factors, this particular startup may be lasting.”

However, there was very little buzz in the ecosystem surrounding profit-making Nykaa’s IPO compared to the constant buzz preceding the opening dates of loss-making entities ﻿Zomato﻿ and ﻿Paytm﻿ run by One97 Communications.

Paytm, on the other hand, was supposed to launch India’s largest IPO but the company not only reduced its IPO size later but it also had to list its shares at a discount of 9 percent on its opening day.

For Ruchi Kalra, Co-founder and CEO of fintech unicorn ﻿Oxyzo﻿, valuations are always a matter of debate. Further, she opines that the unicorns being created in the Indian startup ecosystem today are a function of the work and effort the startups made close to 10 years ago.

“The post-liberalisation era saw an outburst of several brands, but these brands existed for a long time before being recognised. Of course, you have the outliers. But if you look at even ﻿Ofbusiness﻿ or Oxyzo, the work had begun from 2015, i.e., seven years ago,” explains Ruchi.

OfBusiness, which is Oxyzo’s parent company, entered the unicorn club in July 2021.

Ruchi adds that the financial services sector has seen the emergence of a significantly high number of women leaders, such as ﻿﻿MobiKwik﻿ and ﻿﻿Zaakpay﻿ co-founder Upasana Taku, ﻿LXME﻿’s Priti Rathi Gupta, ﻿SALT﻿ Co-founder Udita Pal, among others.

YourStory Research data reveal that in the last 12-odd years, close to 214 fintech and financial services startups have been founded or co-founded by women. In fact, MobiKwik is also gearing up to go public soon.

Further, between 2015 and 2021, fintech startups founded by women raised $40.34 million in funding across 22 deals. During the same time, there were 130 deals by startups that had at least one woman co-founder, amounting to $2.38 billion.

Additionally, the number of new startups founded by women has dropped by 66.667 from 2018 until now.

Clearly, we still have a long way to go.

According to Mabel, there is an acute need to change how we look at women entrepreneurs and funding opportunities for them. In the last few years, several VCs have started to allocate funds specifically to back women-led startups.

There are also women-specific funds like She Capital, which was founded by Anisha Singh, who had earlier founded the startup Mydala.

WeHub in Hyderabad, Telangana, is focused on creating an accelerator and growth path for women entrepreneurs. To create more entrepreneurs, there also is a need to ensure there are more women decision-makers and people at CXO levels.

“Women need to now start believing that they can achieve great heights. Many times, I believe women themselves do not take the step they should. And now with a significant number of role models, we can see a change,” says Mabel.

But until there is an increase in funding raised by women-founded (not just co-founded) startups, is the needle really moving?