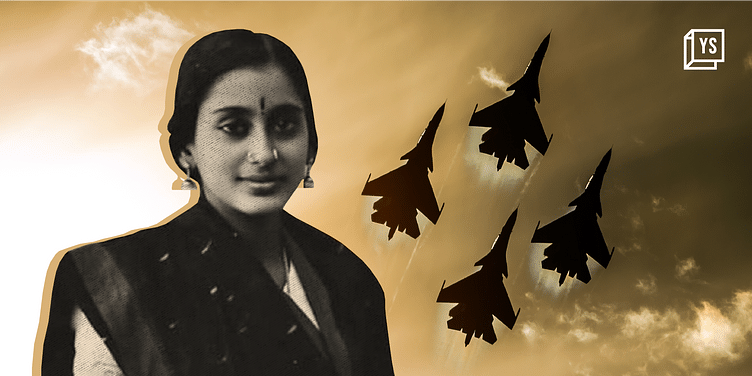 The daughter of a World War I veteran and a health official in Chennai, Tamil Nadu, Dr Vijayalakshmi Ramanan was India’s first woman IAF officer.

Born on February 27, 1924, in Chennai, Ramanan graduated from the Madras Medical College in 1943. Armed with an MD in Obstetrics and Gynecology, she practised as a surgeon before joining the Indian Army in 1955.

Speaking on her stint, she had said, ”For quite some years, I was the only lady officer in the Air Force. Initially, I was scared to work with men, but I was brave, and I thought to myself, I could face anything.”

In an earlier interview with Rajya Sabha TV (now Sansad TV), she said, “I had to always be prepared for an emergency. It did not matter…even if it was the dead of night. The moment I got the call, I would wait for the ambulance sent to pick me up. I hopped onto it and rushed to the location.”

Dr Vijayalakshmi Ramanan joined the Indian Armed Forces when her husband—also an officer in the IAF—asked her to apply.

Since there were no women officers, the Air Force had to make some immediate changes, including uniforms for women. Vijayalakshmi created a custom-made saree made out of the “air force blues” and a tan blouse. This makeshift arrangement on her side became the standard Air Force uniform for women.

In another interview, speaking about the uniforms, Vijayalakshmi said, “Mine was a peculiar case. I was inducted and got a Major’s rank. Other women officers in the Army and Navy wore pants. I wore a saree, but the sleeve was an issue. I could not work as a medical officer with full sleeves. After several correspondences with my headquarters, it was decided that the blouse will have 3/4th sleeves. That, too, was uncomfortable, especially when I had to deliver babies. I told them that I will roll up my sleeves like men and work.”

Besides working as a gynaecologist in India’s military hospitals, Ramanan also provided medical care to officers during the wars of 1962, 1966, and 1971. She encouraged military officers to undergo family planning.

She also served in the Armed Forces hospitals in Jalahalli, Kanpur, Secunderabad, and Bengaluru. During this time, she also taught obstetrics and gynaecology to nurses.

Ramanan was the recipient of the Vishist Seva Medal, an honour accorded to Indian Armed personnel for distinguished service of a high order. The award recognised her work—the treatment of women and children of India’s Armed Forces.

As a student, she received the Balfour Memorial Medal for Medicine and Prize for Surgery from Madras University.

After she retired in 1979, Ramanan set up a clinic and was often known to consult patients free of cost. She was also trained in Carnatic music, and at the age of 15, she worked as an artist with the All India Radio.

Ramanan passed away at her daughter’s house in Jayanagar, Bengaluru, on October 18, 2020.