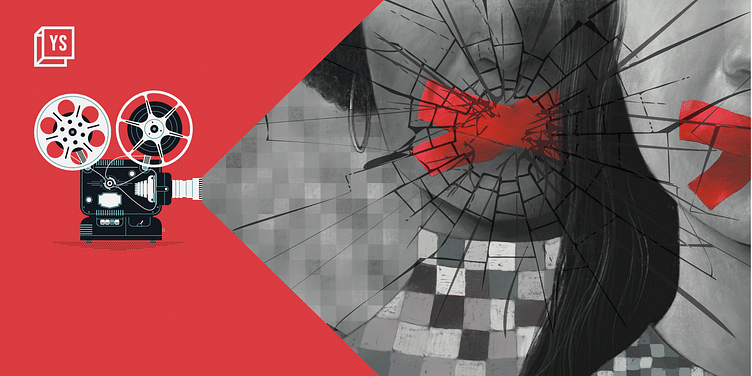 Here are nine movies released over the last decade that broke stereotypes around women and conveyed strong messages.

Bollywood has never been known for having a feminist lineament, but this is slowly changing. There are now more films being released that have a greater tact in handling the subtleties of feminism. Movies such as Mother India, Mirch Masala, Fire, Astitva, Filhaal, and Dirty Picture have paved the way for stronger narratives to follow.

The last decade has seen the world waking up to a new wave in Hindi cinema throwing light on women’s equality, even if they come few and far between.

While the conversation around feminism is growing in momentum, movies are augmenting and expanding the limits of this discussion. With a more sensitised audience, films are being subjected to greater scrutiny and criticism.

Here, we present some brilliant cinematic picks from the last decade that shattered stereotypes and defied conventions.

This movie, while a commentary on the dark side of the institution of marriage, shows the ruthless doggedness of its protagonist, Susanna, who finds the strength to break out of oppressive marriages time and again. Her refusal to accept abuse, whether physical or emotional, is plaintively emboldening.

This Sridevi-starrer brought the struggles of a homemaker in Indian society to the big screen. Having been forced into the restrictive definitions of an Indian housewife, Shashi’s poignant journey of self-discovery is inspiring. Her resistance against condescension and disregard, which is characterised by focusing on her own self-worth and growth rather than proving her worth, conveys a strong message and takes a stand against patriarchy.

This is yet another movie that tactfully portrays the self-discovery of a young woman exploring the boundaries between her conservative upbringing and modernism. Starring Kangana Ranaut, Queen is the story of Rani, a naïve, conservative girl left at the altar by her husband-to-be—an event that catapults her into a journey of self-doubt, despair, audacity, independence, and finally, freedom from the cemented belief that a woman needs a man in her life to be happy and fulfilled.

Deepika Padukone’s character, Piku, is a woman who has fearlessly walked the journey of self-discovery and is content with her self-centred life in which men only play the part of sexual gratification. She is a young, opinionated woman who unapologetically speaks of her life choices with her conventional Bengali father. Contrary to popular representation of such women as insouciant and superficial, Piku’s strong sense of responsibility towards her father is a refreshing representation of reality.

This controversial film revolves around the lives of four women and their suppressed desires through an uninhibited screenplay. It broke the perception of women as being chaste or unaware of their sexuality through characters like Usha, an older woman who explores her suppressed sexuality; Leela, a brazenly sexually active unmarried woman; Shireen, a married woman and victim of domestic abuse who explores her desire to work; and Rehana, a young college-going student from a conservative family, exploring modernity.

An Academy Award-winning documentary, this Netflix film traces a feminist revolution in India. Director Rayka Zehtabchi addresses the global stigma around menstruation and follows a group of entrepreneurs in Hapur, Haryana as they work to make low-cost sanitary products and empower a community of women. This documentary throws light on the taboo surrounding menstruation in India, and raises awareness on the subject.

Most films on espionage are monopolised by male-centric characters that exude glamour, ego, and macho confidence. Raazi, a far cry from all that, is the story of a simple-minded woman from a political family who makes the difficult and self-sacrificial decision to spy for her country. The movie not only shatters the glamourous myths of such a life but also reminds its audience—that is calibrated for male-centric reception—that women, too, thrive in all spheres of life.

This movie tactfully highlights the fact that conditioned by patriarchy, women too can enable its toxic ways. Played by Taapsee Pannu, Amrita navigates the complicated repercussions of domestic violence where she is shamed by women and men alike, and is made to feel guilt for standing up against her husband. Her determination is not black and white, and is riddled with doubts, sadness, and fear—subtleties that are not missed. This movie draws attention to all the right questions that tend to be dusted under the carpet, with an issue as sensitive as domestic violence.

This biopic on the renowned mathematician, also known as the “human computer,” saw Vidya Balan in the leading role. It is the story of an ambitious and independent woman who leaves her family and husband behind for the love of numbers. Shakuntala navigates the waters of motherhood and struggles under societal pressures. This movie has poignantly raised questions on parenthood, ambition, and the place of a woman in ‘a man’s world’.