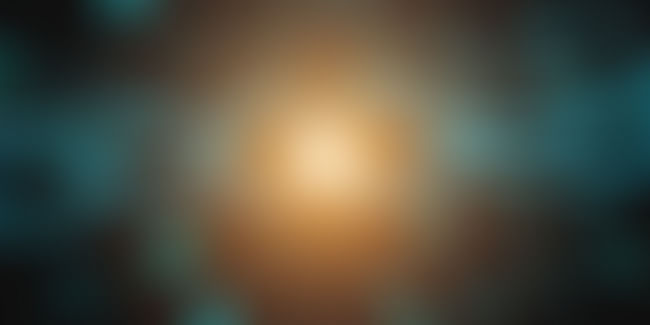 1. How to think for myself

In the corporate world, you’re often told what to do.

If you don’t have the answer then some smart person, in some department will probably have the answer for you. The answer may not be the latest and greatest strategy, but it will be based on some prior knowledge.

As an entrepreneur, none of this was available to me. I’d roll up to the old Milkbar that was our office, and I’d start stacking boxes into the little van we had. More boxes of soft drink and chips meant more gold coins in our vending machines.

I either collected the gold coins, or I didn’t. No gold coins meant game over. As an entrepreneur, that meant failure and during your 20’s that’s often the last thing you want.

Thinking for myself wasn’t taught to me it was a survival tactic. I took this tactic with me to the corporate world and people were surprised.

As my former colleague said to me the other day “You don’t overthink Tim you just get shit done while everybody else is scratching their head.”

The corporate world is full of big companies with lots of resources.

With an abundance of anything you always have wastage. The corporate world definitely didn’t tell me how to manage time.

What could have been a five-minute phone conversation often ended up in huge email chains. It was a bit of a game.

None of this was good for time management though. Lot’s of time was spent trying to communicate with one another. Meetings are a thing in the corporate world.

Every problem that exists must have a meeting. Even if it’s about whether we call the shared folder “Sales” or “Customer Files” a meeting had to be held.

This dialogue goes on for days and sometimes months. Understanding the politics is often more critical than understanding the business. Still, none of this is good for time.

The time wasted is used by the tech startup opposition to improve a bug, rethink the customer experience or out-market corporates using social media.

meetings in the corporate world not only suck up time but are also a fashion parade where all the biggest egos can strut their stuff.

3. A passion for what you love

Passion in the corporate world can often be lacking. Working at a corporate for many is a way to pay the bills rather than do their life’s work.

“Passion can often be traded for money, bonuses and even more impressive job titles — all of which leave you feeling more empty”

It’s not all full of zero passion, though. There are a few people that are insanely passionate and those folk shine through.

The corporate world taught me to put my passion on hold rather than use it to WOW customers with the very thing that sets me apart.

4. What people are really buying

Working at a corporate taught me that it’s all about marketing.

I knew, though, from the startup world that this very idea was wrong.

People are buying you. They’re buying the people they deal with and what those people stand for.

No client in my corporate career ever gave a damn about the commoditized products I was selling. All of my clients gave a damn about my obsession to inspire the world through personal development and entrepreneurship. They were intrigued by my five years as an entrepreneur and what I learned.

This led to customers becoming friends as opposed to people that bought widgets from me and had the money they laid tracked in a CRM as ‘revenue.’

5. The power of an audience

People are often too afraid to be vulnerable in the corporate world.

I never learned the power of an audience during my career working in corporates. All of that was learned between 6 pm and 8 pm every night when I was at home from work posting on LinkedIn.

Social media is not so prominent in the corporate world because it requires you to remove the corporate mask and show your flaws. Fakeness on social channels like LinkedIn just doesn’t work. People don’t engage.

These same people that warned me to stay off social media are the same ones asking me now to help them with their own social accounts.

With an audience, you can test ideas.

With an audience, you can inspire.

With an audience, you can recruit people to your team.

With an audience, you derive meaning for your life.

6. Doing the important vs. the mediocre

In corporate business, there’s a lot of noise.

That’s where mediocrity thrives. With so much noise it’s easy to spend your days filing bits of paper or moving widgets from Point A to Point B without having any clue of why you’re doing it or how it contributes to humankind.

I didn’t learn the discipline of doing the important work in corporate life.

Doing the important came out of the entrepreneurial trait of problem-solving through a vision. It came from wanting to see things better than they are.

Doing the important was fuelled by a desire to achieve a goal that everybody said wasn’t possible. It’s a rebellious philosophy that pushes mediocrity the hell out of the way.

7. The way to have a meeting (ideally no meeting)

Running a meeting in corporate life follows a formula.

This formula will put almost all attendees to sleep. It’s why when you walk into a corporate board meeting, most of the execs are looking at their phone rather than paying attention to who’s speaking.

Pretend there’s an agenda (it will get hijacked…guaranteed)

Pass ownership around of the problem whilst ignoring the potential solutions

Assigning action items which everybody ignores (thus triggering another meeting)

Meetings are needed in the corporate world because of a lack of trust and having too many cooks in the kitchen.

Have only the people that can solve the problem in the meeting, make it short and trust in the outcome and vision you’re trying to achieve.

That very philosophy makes meetings for the most part irrelevant.

8. How to make better PowerPoint presentations

You’d think with all the PowerPoints you have to do in the corporate world to educate internal stakeholders, you’d be a freaking expert at doing them.

Quite the opposite is true.

Because of the number of PowerPoint decks you have to do in the corporate world, you get worse at them.

It’s like for every year in the corporate world you add another acronym to the sentence you’re currently writing.

The belief in the corporate world is that all problems must first begin their life in a PowerPoint.

No problem can be solved without a PowerPoint. I once tried to do a presentation with only one slide. Once I explained the one slide I had prepared with a simple diagram that a four-year-old watching Peppa Pig could understand, I then blacked out the screen.

I wanted the attention on what I was saying instead of some Times New Roman, white slide, with Size 12 Font that nobody could read.

Death by PowerPoint is a real cause of death in the corporate world. It kills dreams, ideas, free speech and the will to live.

9. The way to treat people

The corporate world taught me nothing about how to treat people.

Treating people well came from my eBay days where I learned that if you give someone on eBay the thing they want, and do what you say, you’ll get what you want.

This philosophy didn’t translate into corporate life. I was told to treat people well based on what they could do for me. If they couldn’t do anything for me then what’s the point of knowing them? Right?

The people I treated well who seemed to have no benefit to me ended up becoming the Managers, General Managers and Inspiring Leaders five years down the road.

By not asking for stuff all the time, by treating these future leaders with respect and by being as close to a good human being as I could be, I got all the promotions and all the hard to reach opportunities.

My career in the corporate world looked like it was entirely built by luck. It wasn’t. My corporate career was built on respect, honesty and treating people well because it makes sense in the long run.

10. The true meaning of startup buzzwords

We hear these words every day in the startup and tech world. Every corporate is trying to adopt them as their own. I didn’t see any of these buzzwords in my corporate career ever be used successfully.

Lean startup meant “Throw seven figures at it and see if it swims. If not, kill it fast!”

Agile meant plan the next five years of a new product, try to deal with every possible situation in the beginning and invite some management consultants.

Act like a startup meant adopt the word but still be a corporate because a sizeable business always knows best.

Minimum viable product meant fix every customer pain point in existence and build the mother of all solutions that’s going to take years to build and leave all competitors for dead. Let’s not fix one thing when we can fix everything thus fixing nothing in the process.

So what can you learn from the corporate world?

The corporate world can teach you:

4. The rate of technology disruption

The corporate world in some ways shows you what the past looks like so you can build the future. It shows you that size does not necessarily mean better results or more improved solutions.

What I’ve outlined above comes from dealing with hundreds of corporates over the last seven years and the commonalities around how they think.

The grass is not greener.

The corporate world sure has its problems. So does the startup world. So does medium sized business as well.

All business just has a different set of problems to solve.

The way to deal with this conundrum is to become an expert problem solver who enjoys the challenge. It’s not always easy to do.

The business world can get you down and suck the life out of you.

That’s why you need to take a break and get some perspective. Try small, medium and big business for yourself and make your own assessment.

The grass may be longer, shorter or in need of a mow but it’s definitely not greener.

If you want to increase your productivity and learn some valuable life hacks, then subscribe to my private mailing list. You’ll also get my free Ebook that will help you become a game-changing influencer online.