The E-Scooter Revolution in India: Possibilities and Scope 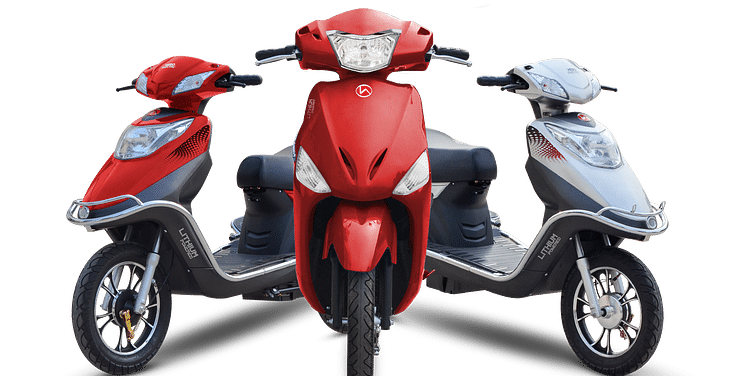 The government has fixed a target of taking electric vehicles (EV) production up to 30 per cent of new cars and two-wheelers by 2030, from the current stand of less than 1 per cent. The sector holds immense scope since middle and lower-income groups are often hit by the hike in fuel prices, and hence are most likely to make the 'big switch' from petrol and diesel-run automobiles to EVs.

A farmer in Gove village in Maharashtra, Vinod Gore gave his petrol scooter a pass for an e-scooter. "I bought it (the electric scooter) to save money," said Gore, who made the purchase for Rs 75,000, expecting to recover the expense in two to three years in terms of savings on maintenance and petrol.

The switch Gore made underlines how two-wheelers are driving the country's goal of electrification of its vehicles. Cost-conscious two-wheeler buyers like Gore are opening up a new market for Indian as well as global companies like Suzuki Motor and Yamaha Motor, that are drawing up initial plans to launch electric scooters and motorcycles in the country.

The Scope for EVs in India

With annual domestic sales surpassing 19 million in the fiscal year ended March 31, 2018 (six times the sales of cars over the same duration), India reigns as the world's biggest market for scooters and motorcycles. The next largest market is China, with annual motorcycle sales of about 17 million. Even as most car makers resist bringing electric cars to India, the sales of electric scooters are expected to exceed 2 million a year 2030.

Although electric scooters currently make up a fraction of the total, the market is growing rapidly. Reports from the Society of Manufacturers of Electric Vehicles (SMEV) reveal that in fiscal 2017-18, sales of electric bikes and scooters from a year ago doubled, while electric car sales dropped to 1,200 from 2,000 during the same time period.

Electric scooters are definitely spearheading the E-revolution in India, since the roadblocks for scooters are fewer. They are lighter as compared to the cars, meaning they can use less powerful and cheaper batteries. Also, the scooters can be charged quickly and more easily, often using the existing plug points in homes. The price of these e-scooters is also at par with the petrol-powered models.

However, the biggest challenge these electric scooters face is that while they are utilitarian, they are not as powerful as those that run on petrol (which can go faster and climb gradients easily). Also, the supply chain is not robust, resulting in manufacturers largely relying upon importing components.

Despite the few hurdles e-scooters face, Sohinder Gill believes the future is bright for clean energy vehicles in India.

The global chief executive officer of Hero Electric says, "India's electric revolution will be led by two-wheelers. It is a value for money equation."

Back in May 2017, India's economic policy think tank, fuelled by the government's 'Make in India' initiative, commenced discussions to form a new policy. The think tank proposed electrification of all new vehicles by 2030, by mainly offering subsidies to buyers. The recommendation faced strong resistance from car makers and auto parts manufacturers alike, since the shift would have been too sudden and ambitious. The target was then dialled back to 30 percent.

The government is now working on a new policy, that's aimed at incentivising investments in manufacturing electric vehicles and related items such as batteries, smart charging, etc., instead of offering benefits only on sales. The government also reportedly wants to extend the revolution brought about by e-rickshaws through the propagation of the use of electric vehicles as a means of public transportation. According to the consulting firm P&S Market Research, the sales of these ubiquitous vehicles have been predicted to double to 9,35,000 units a year by 2023.

Talking about the need of better policies to facilitate production and sales of e-scooters, Kaushik Madhavan, vice president (mobility) at consultant Frost & Sullivan says, "A policy or incentive to help manufacturers of cars or two-wheelers will go a longer way in making electric mobility more affordable than subsidizing individual buyers."

Several big-shots in the Indian automobile industry have their eyes set on tapping into the potential of EV market in India. Car makers like Maruti Suzuki India Ltd, Nissan Motor Co, and Toyota Motor Corp are testing the ground to introduce electric vehicles in the country, some as early as 2020.

Japan's Suzuki Motor is planning to introduce an electric scooter to the Indian market by 2020, while Indian motorcycle makers TVS Motor and Bajaj Motor and are also eyeing the EV sector. Yamaha is also developing a global electric two-wheeler platform, and plans to bring an electric motorcycle or scooter to India in the next 3 to 5 years, as revealed to Reuters by Yasuo Ishihara, managing director of the Yamaha's India unit.

While Ishihara did not disclose exactly how much Yamaha plans to invest in its electrification push, he said that the investment shall chiefly cater to the batteries and power units, and to develop infrastructure with partners. "Right now, the need of the hour is a proper road map and a clear policy by the Indian government India to actually turn this ambition into reality," Ishihara said.

With Hero Electric and several start-ups including Twenty Two Motors, Okinawa and Ather Energy selling electric scooters already, two-wheeler companies are carrying the baton. Hero Electric reportedly sold 31,000 electric scooters in 2017-18, and is now expecting to double sales every year for the next few years, breaking even on costs within one year.

Recently, Subrata Roy-led Sahara India Pariwar also announced its foray into the electric vehicle business under a new brand name 'Sahara Evols'. While this is the first time the company is entering the automobile sector, Sahara Evols will offer a range of electric vehicles, along with advanced allied services.

The group aims at revolutionizing the sector, in the same fashion it transformed the country's para-banking and micro-savings scenario. Sahara Evols electric vehicle portfolio includes everything from electric scooters and motorcycles to electric three-wheelers and cargo vehicles. The company is also planning on introducing a network of battery charging-cum-swapping stations.

According to Frost & Sullivan, most electric scooters currently on sale are basic in terms of design, range and performance. This is done so that the price can be kept affordable, especially in smaller towns where distances are shorter and buyers more frugal. However, in larger cities, there is also a market for premium models like those manufactured by Bengaluru-based start-up Ather Energy, which are curated specifically to appeal to the tech-savvy city commuters.

Ather's scooters are internet-connected, come with a touchscreen and have a top speed of 80 kmph. The company is currently working on expanding its manufacturing facilities, just like another Indian start-up Okinawa. While the latter has already begun building a new plant in northern India to increase its capacity to a whopping one million electric scooters a year, Ather is still looking for a site to set up its second unit.

"There is a line of sight now," says Ravneet Phokela, chief business officer at Ather. He added that now there is greater acceptance by buyers since the government is also coming on board. Ather's business model includes setting up charging stations in every city it launches. The company is also working on new products ahead of plans to expand to 30 cities in the next three years.

Clean transportation in the hinterlands

Unlike EV start-ups like Ather and Okinawa, Subrata Roy's Sahara Evols plans on sticking to Sahara India Pariwar's values and vision - that of creating an all-inclusive environment. The company believes that the clean energy revolution e-scooters aim at bringing about has to start at the grassroot level, in the hinterlands.

During its launch event, Sahara Evols revealed that it will establish its ecosystem in the country's tier-II and III cities towards the end of this fiscal, in various phases. Subsequently, the company will roll out its services and products pan-India covering major rural and urban regions alike, in the next financial year.

Not just e-scooters, the entire electric vehicle industry is currently on the rise, and would continue to do so if the government introduces some policies that facilitate the manufacture and sale of these vehicles. With deteriorating air quality and increasing traffic becoming the most alarming concern in all major Indian cities, e-scooters definitely hold the potential to emerge as the cleaner and viable alternatives to petrol and diesel-run personal vehicles.

Why cloud-based application SAAS (Software as a Service) is important for businesses now-a-days?