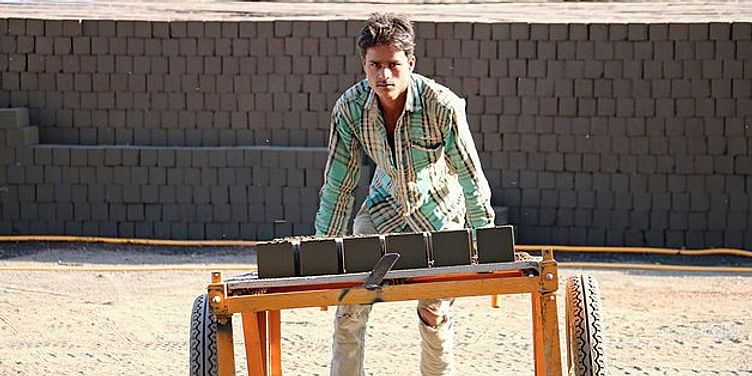 The Indian Construction Industry contributes significantly to pollution and green house emissions to which Fly Ash brick technology is an answer that not only avoids dumping of fly ash on the ground but also provides a sustainable construction solution that helps in conservation of agricultural soil that is used by the construction industry. Bharat Oman Refinery Limited based in Bina is setting an example for other heavy industries to follow by helping in setting up Fly Ash Brick enterprises in the surrounding areas.

The construction industry of India contributes to about 10% of the Gross Domestic Product of the country and also makes a significant contribution to the growth figures. But, the growth does not come without a cost and one of the important costs is the environmental damage caused during construction activities. One of the reasons for ecological destruction is emission of greenhouse gases, which is responsible for what we call as ‘Global Warming’ or ‘Climate Change’. The real estate sector is still in its infancy in many developing nations where a large number of people still live in mud & straw houses. Such houses can be seen in almost whole of rural India and parts of the urban areas as well. With this situation at hand, one can only imagine the amount of toxic particles that will have to be mixed into the air for India to have hundred percent housing.

So, Should people not built houses because there will be greenhouse emissions? Of course not, every one deserves a well built, well designed and a spacious house to live in. But we should be building houses with something that causes less or no pollution. Better even, if a pollutant itself can be used as a raw material for construction. Fly Ash from the Thermal Power Plants and Oil Refineries is being used for building Bricks and Blocks, which are used in all types of structures. Fly Ash Bricks, that are available in Grey and Maroon colours, are increasingly becoming popular in areas with high availability of Fly Ash Dust. The easy availability of fly ash material encourages young entrepreneurs to set up fly ash production units to manufacture these eco friendly bricks. Fortunately, the government is encouraging such initiatives at all levels possible.

India is the second largest brick maker of the world only after China, thus it becomes the responsibility of our government and the society at large to do it responsibly with minimal damage to the ecological space. In recent years, the state and the central governments have been encouraging sustainability through policy framework. Subsidy on loan schemes have provided entrepreneurs, an opportunity to invest in new machinery to compete in the market by producing high quality product that is a direct competition to the traditional clay fired brick. The Madhya Pradesh state government has made the use of Fly Ash bricks compulsory in all government projects, which has had a huge and positive impact on the fly ash industry. Large residential colonies made up of this brick are coming up in the Sagar district of Madhya Pradesh, where the Bina station is also using the technology for its renovation purposes. Many residential buildings in addition to commercial showrooms and office buildings are also cropping up in the Bina town and around.

The traditional clay bricks are manufactured in highly polluting brick kilns that emit highly toxic gases when burnt and thus are environmentally unsustainable. The Fly Ash Bricks on the contrary are manufactured with either the help of fully automatic machines or hand-operated machines. Both these processes are completely clean and cause minimal pollution if the fly ash loading and unloading is handled properly.

Although, the growth of the fly ash industry is marred by certain challenges, which are not only from the competition posed by the clay brick industry alone, but also from the myths and misconceptions surrounding the fly ash technology. Many of which have been deliberately spread by the groups that do not want a new and better technology to come in. It is not unusual for the industry lobbies to react negatively to a new technology and spread confusion about it to protect their own personal short-term interests.

Advantage Fly AshThe benefits of the Fly Ash Technology, has made life difficult for the lobby groups and their competitors because of the the benefits of Fly Ash Material.

1. Strength – Hundreds of laboratory brick tests conducted over a period of time have confirmed that Fly Ash Bricks that are dried in the sun for 28 or more days are stronger than the conventional red bricks that are heated in brick kilns for several minutes.

2. Precise Dimensions – Fly Ash bricks are required in smaller numbers as compared to the red bricks as they are bigger in size and thus save cost. The shape of the fly bricks is also more consistent ensuring a smooth construction, which demands less plastering material, again saving on cost.

3. Reasonable Priced – Although the price of the fly ash bricks varies from one geographical location to another depending on the proximity to the power plants and refineries. The average price of this brick is similar to that of the clay bricks if not lower.

4. Clean Technology – The biggest advantage of this technology is that it causes minimal pollution (land or air) while being produced. Not only that, it also puts a pollutant to a better use by preventing it from being dumped into landfill sites that would lead to severe land, water and air pollution severely affecting public health.

5. No Agricultural Loss – This eco brick does not demand the use of local agricultural soil, which in case of clay bricks is very often extracted from the farms leading to loss of fertile soil and losses to farmers.

6. Optimum use of water – In opinion of many construction workers and supervisors, the fly ash brick building requires less water during construction. This is a very significant advantage in a country that faces water shortages practically every year.

Like everything else there are certain limitations to the technology. Fly Ash brick until now, has not reached the production levels which would help it to reduce its cost further, which is why it is slightly highly priced than the clay bricks in some cases, although the opposite of that has also been seen. Secondly, it is also important to follow the environmental guidelines while managing a fly ash brick plant as careless handling of fly ash material can cause pollution in the local area. Lastly, it is important to get the right quality of Fly Ash to make bricks that will sustain longer than the ordinary bricks.

There are several refineries and thermal power plants engaged in manufacture of Fly Ash Bricks as part of their CSR initiative. Bharat Oman Refinery Limited (BORL), based in Bina, Madhya Pradesh is also involved in Fly Ash Brick making by encouraging entrepreneurship in the area and educating people about fly ash bricks. To spread awareness about this technology, a social enterprise called TARA with the support of BORL, conducts ‘Nukad Natak’ (Street Plays) in and around the town to tell people about the benefits of the Fly Ash Bricks and also distribute pamphlets to attract clients for the local entrepreneurs. These street plays are not performed by professionals but by the local children to add credibility to the mission and win the trust of the local populace.

It is in the benefit of both the society and the industries to encourage the use of the brick that solves the problem of waste dumping on one hand and provides a reliable and durable building material on the other. The employment and entrepreneurship opportunities it provides to the local population can also not be ignored. This and similar technologies can make an enormous contribution in empowering the poor of the country who are generally seem hopeless about their future prospects.

Private banks need to come up with financial schemes to support the village community members willing to take up such projects. Large corporations, in their CSR initiatives, must take up such projects especially in the rural areas where most of the Indian population still lives. Other state governments need to take similar steps to ensure that they contribute in saving the country and the planet and make India a shining example for the neighboring countries to follow. 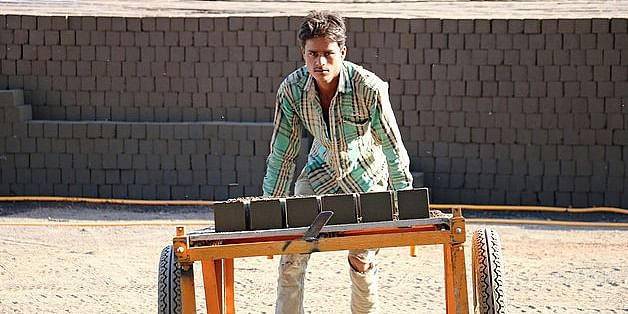 A lot of Fly Ash Enterprises are cropping up in the areas surrounding the BORL refinery as they are providing free fly ash material to the enterprises and the government is providing loan incentives.

The video talks about the growth of Fly Ash Enterprises in Bina, MP. These enterprises are not only helping in generating employment and encouraging enterprise but is also contributing in countering Climate Change. Bharat Oman Refinery Limited encourages people to buy fly ash from them for free to start their own enterprise. It also sends a group of boys to do 'Nukkad Natak' (Street Plays) through which they are able to spread information on Fly Ash Brick Technology.