Noida- Based Startup Catchmates connecting people based on their Interest and also give options of booking spots online.

Today, Big Problem in any Tier 1 City is NO ONE KNOWS ANYONE. Most of the people living in these cities are migrants and doing Jobs in Several Companies. These people use Facebook in their leisure time as they don't have anything else to do. And that's the only way for them to be Social. Which is not true.

Here Catchmates is Helping in Putting Social Back to Social Media!

Catchmates is a Platform where people can find similar Interest mates in their Locality and chat with them. The Interest can be anything from Sports, Fitness or Dance and Painting. This platform also gives a facility to book sports grounds, Academies, Trainers online. So, basically 2 major problem's are solved.

1. Finding Similar Interest People to do Activities you Like.

2. Finding a Platform near to your location to make that activity happen.

One day I (Kunal- co founder) was sitting alone in my Apartment, I was wondering how boring my life is going on and suddenly this thought took me to the flashback of my college days. I was a passionate badminton player in my college days but due to hectic schedule of office and lack of sportsman spirit in my flat mates I dropped playing badminton. I was upset that I have not played badminton even once after my college days. At the same time I was thinking what's stopping me, why I don’t I start playing again, why I am not doing things which really gives me happiness. And after deep thinking I got my answer. I have not played badminton because I do not know people of same interest near me.

Few days later, I saw a guy in my apartment society who was wet in sweat and he was holding a racket in his hand. I was happy after seeing him, and thought to talk to him. I stopped him asked his name and then went with a little conversation. His name is Rahul, he lives in my society and the great thing about him is he likes to play badminton. I asked him where do you play badminton? and with whom? he replied me that near our apartment society there is another society where he and his friend play together then he told me they aren’t having badminton court in society so they use to go to a badminton court nearby. Then we had little more conversation about him and me and ended up with a good bye.

He left me with thoughts... then I realized there could be more people in my apartment society who also play badminton. But then I stuck with an issue how can I reach to them? Then I planned to put notice on notice board of society saying I am creating a society Whats App group for all the badminton players, if you are interested then please Whats App me your name. Within a week time I got 24 people of my society who likes to play badminton. Finally my problem was solved. After all I got people to play my game.

Then I thought the way I am suffering there may be other people who may also be suffering with the same issue. Then and there I decided to convert this idea into business. I decided to create a platform which will let people to find like-minded people near them, as this is a big problem which needs to be solved on a bigger scale.

I planned to do the same activity for Football as my Flatmate Aniket (co-founder) is football fan and is a good player but again in same situation like me. And I saw a same response for football. Then I started researching on the Idea and discussed with Aniket to build a platform to solve this issue. And this is how we started working on Catchmates 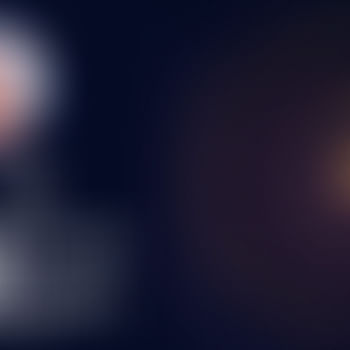