Bearing the fruit of literacy for over eight decades

In the 1930s my great-grandmother, who had not received an education herself, used her savings to found a school in her village in Chettinad (South India). She wanted to make primary education free and accessible to children, especially from the economically backward groups. 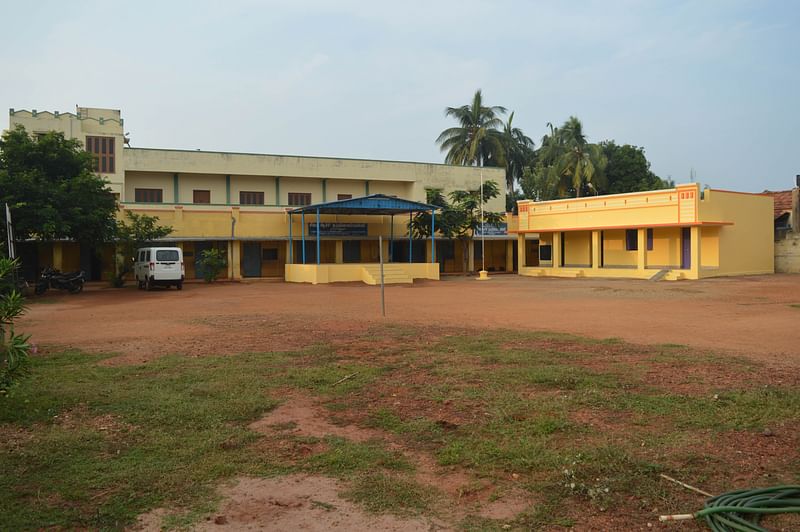 Back then there were no primary schools in the radius of 50 kilometers around her village. This lack motivated her to start a school, although she was never formally schooled herself. So, in her large home, in a small room spacious enough to seat ten children, she opened doors to inculcate a sense of learning and alphabet literacy in her hometown. She hired a local teacher to tutor young children for a few hours a day. This philanthropic initiative has left us a story (and a school!) that is share- worthy.

After India won independence, many of the wealthy families in the villages of Chettinad moved to big cities, like Chennai, for more significant employment opportunities. This exodus shifted the profile of the students who subscribed to the school to economically backward and left it at what it is today: a Tamil medium, primary school (up to class 8) offering free education to children from families who cannot afford to pay.

In the first few years of its inception, my great grandmother’s initiative was pretty much a homeschool, but over the next decades, it grew into a more organized venue for primary education. It got its campus and school building in the 1950s. Named after my great-grandmother, Seethai Achi, today the school is over 85 years old. In the first two decades, the school was supported entirely by my great grandmother’s largesse. Later, generous donations from the next generations and as well as from the extended family carried it through. It currently caters to just about 120 students. It imparts education in Tamil (the regional language) because that is the only way to get some monetary aid from the local government to cover its recurring maintenance costs. However, the school still holds a vital place in the village and the heart of the villagers as the only school offering free education around their home. Private schools have sprung up in the region, and so have many English medium schools, but Seethai Achi Nadunilai Palli retains firm ground in that part of Chettinad amongst those who can't afford education and yet are keen to give their children the gift of literacy.

In the 1980s the state government recognized that the school had contributed significantly to the rising literacy rates in that region and since then, has agreed to bear a large part of its running costs. Although the school has been through many ups and downs, it has sustained and remained true to its original purpose – to provide children in that region a better chance than their predecessors, though literacy.

I believe my great-grandmother regarded primary education as the first step to a better future. Our generation knows this, but for an uneducated woman living in rural India to have had that foresight and spirit of social entrepreneurship in the 1930s – a time when women relegated themselves to domestic chores and child-rearing – is awe-inspiring and praiseworthy - even after eighty-five years!

Here are some impressions of the school. 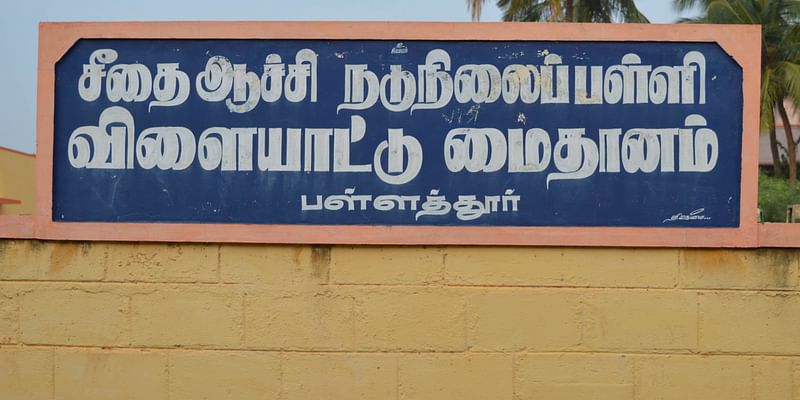 The school also has a spacious playground for the children 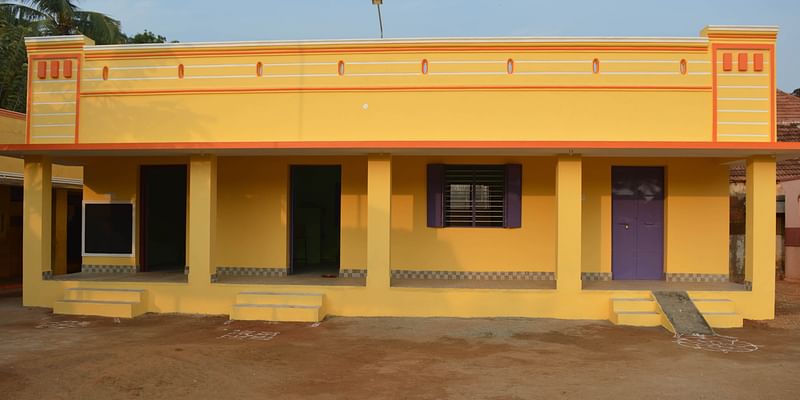 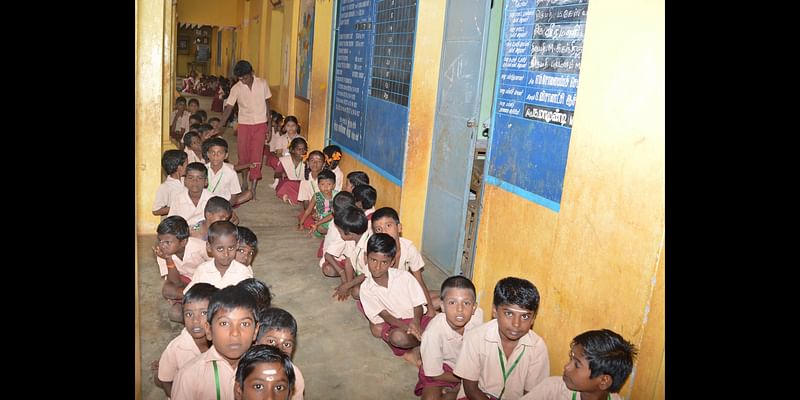 Students of the school who live in the Chettinad village, Pallathur

The story of my great grandmother’s school is one of the many authentic and inspiring stories from India’s heartland, especially of women who have made a difference by uplifting a society/ community.

I choose to share this story now with a broader audience for two reasons, one, after several decades, last month, a new school building was added to the campus (as seen in the photos), increasing the physical learning space for the students of the school. Second, my uncle who oversaw the school's operations and finances for several decades now and who also brought the new building project to a conclusion in November this year, passed away a week after its inauguration. His demise leaves a gaping abyss in managing the school in a way a mother would her children. He was very proud of his work and contribution to the school, especially of the trust fund he managed to the benefit of the school's students. It would be hard to fill his shoes, but the school is looking for ways to bring computers and spoken English literacy to the students as part of the daily curriculum. It is looking for patrons to help further the vision of its remarkable foundress. The school welcomes your ideas to improve the curriculum and teaching effectiveness. 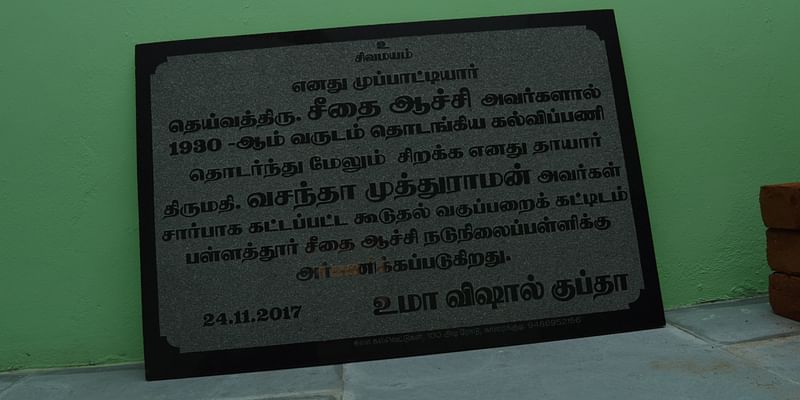 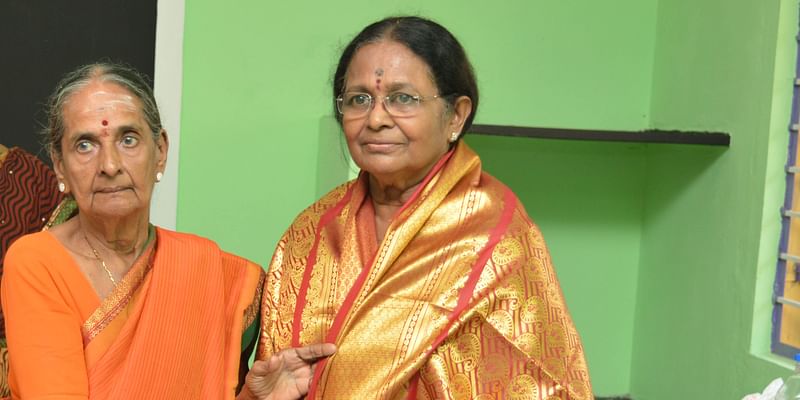 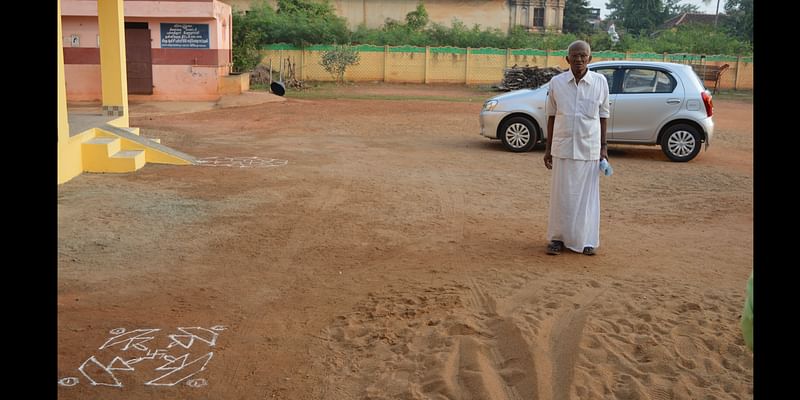 My 79 year old uncle who oversaw the school's daily functioning and the completion of the new building. Photo taken a week before his demise.