The Journey of an enthusiast who later becomes an expert 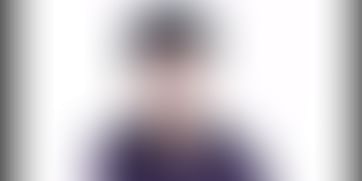 It is rare to personally speak to a person who is smart but humble, genius but polite, creative but noble, and popular but egoless. He is a tech-geek who changed the scenario of ‘Hacking’ and paved a way to a very new and modern solution to ‘Cyber Crime’.

I interviewed Sunny and this is what he told me.

Below article is my narration of Sunny Vaghela's incredible journey.

Back in 2002, that’s how it all started when the millennials were busy trying to figure out the meaning of technology, this guy enrolled into it. Sunny Vaghela’s Email ID was hacked; he couldn’t recover it but all he could gather was a lot of information of phishing, hacking and security recovery. An 11th standard techie-guy was dauntless enough to challenge the obstacles he faced. It was in his blood.

In 2004, a ‘Just-entered-in-engineering’ student of Nirma University built a project on wireless communication technology where he used to control lights and fans through Nokia 3315 signaling ‘Lights On& Off’. Not only did it win the first prize in the TechFest-Nirma held that year but was also showcased in the Vibrant Gujarat (First Tenure) to open and close Narmada Dam’s Gate.

Then, he was all over the notice-boards of the College. Since he didn’t admire the tendency of “People tend to forget things as time passes”, he decided to upgrade his previous project and build a ‘Voice Recognition Based Control System’soon. He got applauded by the college and many other universities across Gujarat; he was now featuring in all the local newspapers like DivyaBhaskar, Gujarat Samachar, etc. He was stepping forward to becoming a Celebrity.

From Imagination to Innovation

Faculties, Colleagues, Friends and Students started calling him ‘Innovative Guy’. As he believed in ‘Imagination is more powerful than the knowledge’, he has thrived to turn every feasible idea into execution. People called him ‘Creative’ because he believed in doing impeccable piece of work.

He hacked ‘SMS India’, got the whole API, fetched the whole code of it and inserted his code into it through which he would be able to send the sms to any number from any number.

His First Interview as ‘A Hacker’

What if your first live interview is with India TV? Fascinating, isn’t it? The Story featured across the country. His TV interview was memorable as he was not featured as a businessman or an entrepreneur but a normal student with extraordinary conception. The good news about it- The next day was not the same for him. He was started being called as ‘The hacker’.

Sunny Vaghela was in the 7th sky and swimming above the clouds. Just like the SMS, he was successful doing it for the ‘Call’ as well. Guess what? He then got featured on TimesNow and other national news channel. It was time to go global. He found some problems in Orkut and reported it to them which proved to be one of the remarkable works of him. His hikes in hacking were increasing day by day.

Hacker to Investigator-Entering into the virtual address of cybercrime

The profile of ‘Hacker’ into ‘Investigator’ began when the MMS case of Nirma-college girls bechanced and Sunny was called by CBI for assistance. The culprit was caught red-handed with his help. From then, in every solved cyber crime of Gujarat, the newspaper would feature 3 people- Police, Criminal and him. He was now an Investigator-adding more feathers to his cap.

When Sunny Vaghela is asked, “What makes a person an entrepreneur?” he answers, “The person who makes an arduous journey from Idea to Execution becomes an entrepreneur. You have got more potential than you think you have. They are the one who unveils the imagination immaculately.” He emphasizes on saying, “Anyone can be an entrepreneur, but not everyone should.”

“Not everyone has the cognition to create a laudable work every time. He does that.”

He became the person who solved the highest number (45) of cyber crime cases in the shortest duration of 6 months. In 2007- the last year of engineering, the inception of Cyber Cell in Ahmedabad began from his initiative. He was then honored, rewarded and awarded for every single cybercrime he solved.

He Speaks. They Listen. It is a timeless process

He started getting opportunities to speak in seminars and events in different colleges. The first time when he orated in his own college, speaking in front of 1000 students signaled his impressive skill of speaking fearlessly. He always believed, “If you don’t know how to sell your creativity or innovation, start selling yourself and the rest is all assured. Opportunities you need to grab as they are lying everywhere. Observe sharply.” Not every hacker can be the best ethical hacking trainer of India twice. Well, he does that again.

The mindset was affixed; he wanted to do business; working under someone was not his cup of tea. That is why even though he had 3 Job-offers of MNC companies, he didn’t opt for it. In 2008, he sticks to his decision to do something on his own, fostering the already hacking skills he had. It was his U-turn of life as the right selection of choice proved wise for his future.

26 July 2008- Gujarat Bomb Blast Serial Blast, 31 July 2008- Surat Blast Warning, 21 August- Hyderabad Blast, and in 26/11 Mumbai, Sunny Vaghela was one of the crucial peers who tenaciously power-assisted in reversing the Cybercriminal activities. He would hack terrorist emails and Wi-Fi and fetch out all the vital data from it. He was involved in all the major investigations that took place in that time period.

Lots of articles got published on his achievements. What could be more scintillating than that?

They strive to make their customers happy. He just influences them.

“He speaks. They listen. It is a timeless process.”

It was 2009-Techfest IIT Mumbai-he spoke in the presence of 2000 people. It was an ecstatic moment for him and the seminar-sessions started with the full-fledged acceleration by the name ‘Sunny Vaghela’. The name itself became the brand. A total of 750+workshops and seminars, 15000 hours of seminars and 60000+students are trained in the duration of 4 years. Sunny Vaghela was awarded as the best speaker consistently for 4 years; this accomplishment is incomparable. He is an influencer.

He went out of the ‘Mentor’ and ‘Trainer’ image when he became one of the highest donors in a reputed school. He has adopted 2 kids- and is taking care of their expenses since last 3 years. A heart of gold and a soul of silver, he has been doing the social service activities regularly in various verticals.

Deep Diving into the sea of security

2010 was the origin of TechDefence. The name is the combination of technology and defense. It has now 60 + reputable customers including Cyberroam, Indian oil and many A-categorized org. It was honored as the ‘Best IT Security Brands’ in . Apart from it, it has done Penetration Testing in Yahoo, Orkut, Microsoft and other renowned brands.

Under many startups led by him, TechDefence Labs ranks in the top 100 white hat hacking organizations in the world, HackTrack has become so popular that it has gained the recognition of a ‘Brand’ in Information Security and AppDefence is one of the latest products of Sunny Vaghela. Being a columnist in Times of India and DNA Ind for a year, he has acquired the reputation of a technical writer.

Cyberspace connecting to the Television Domain

He is featured in Tv Show- MTv Web-completely on cybercrimes-I would be the experts/co-Host. He is embarking into the Investors Club.

Well, this is a heavenly ride of an inspiring person, isn't it?