How a company is using an 80 year old formula to reach out to its customers? 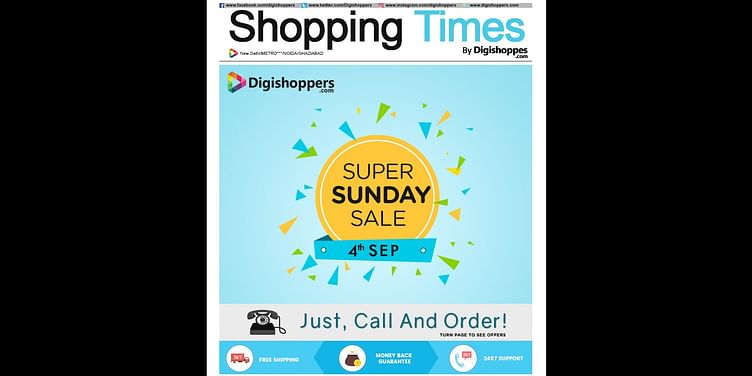 The latest buzz in town is that a company has employed an 80 year old method to increase their reachability. Will they succeed? Will this formula workout for them? 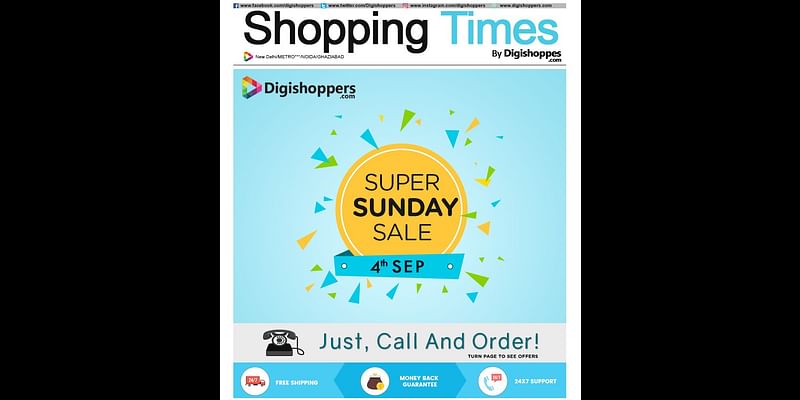 I am a big fat newspaper buff, so this morning while I was opening the stack of newspaper, I stumbled upon this newspaper which was actually a brochure. Yes! Confused? So was I, so I decided to open it and see what it actually was.

I mean most of the time these are like advertisements for products that are there at your nearest store or like the latest sale happening near you. But no, here I was looking at a very unique newspaper which had products on it that you could call and order!

I decided to snoop a little and found out that this was actually a website’s brochure and no it wasn’t about advertisements. Digishoppers.com which I later found out is actually an omni channel e-commerce portal and they had just launched a new CTO or ‘Call to order’ feature.

Since this is still a fairly new move on their part, every Sunday people who get newspapers will get an additional newspaper 'Shopping Times'. This newspaper will have the pictures and details of products with a simple product code, at the back of the newspaper is a number mentioned for the end customer to place a call at. Once you decide what you want all you have to is place a call on that number and tell the telecaller the product code and quantity and voila you order is placed!

In the first phase this service will only be available in the Delhi/NCR region and the products are usually delivered within three days.

I went through the newspaper and decided to order something since the products are extremely cheap, the little voice at the back of my head wasn’t convinced though but then lo and behold they have a no-question-return-policy. This meant even though the product I order cost me just 100 bucks, I was at the liberty of returning it.

This seemed like a more than fair bargain to me, most of the times when you see a product online which is super cheap there is a no return policy on it, but these guys were literally going out of their way to make their consumer feel secure.

It is safe to say that my product arrived within three days and was in excellent condition something that I hadn’t expected given the low prices.

The young founders of Digishoppers stumbled upon almost a century old formula which had been employed by IKEA, the furniture giants!

Back in 1945, Ingvar Kamprad, IKEA’s young founder to boost the reachability of his business decided to send out advertisements in newspapers and pamphlets and use a makeshift mail order business to get orders from places far away. This worked miraculously well and soon IKEA started sending out customized catalogues which further boosted their business.

Digishoppers decided to use this very technique but they had different reasons. The e-commerce industry is flourishing but the focus of the industry giants is on the portion of the population which is already well acquainted with internet.

The e-commerce market has an even lower penetration percentage, with more than 65% of the Indian population having scarce resources and no means of being connected to the internet we require a solid method to be able to reach them.

Digishoppers.com decided to make an attempt to reach this larger percentage of the population. The newspapers are the first step and once their target in Delhi/NCR region is achieved they hope to expand to other cities.

The amazing thing here is you can keep collecting these newspapers and place the orders whenever you want.

I am eagerly waiting for the next Sunday!