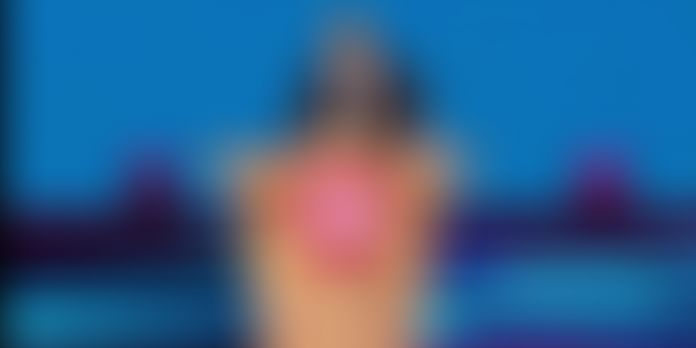 "We Indians have come to appreciate and applaud Gandhigiri. Now, we can all do Datagiri, which is an opportunity for every Indian to do unlimited good things, with unlimited data,'' – Mukesh Ambani 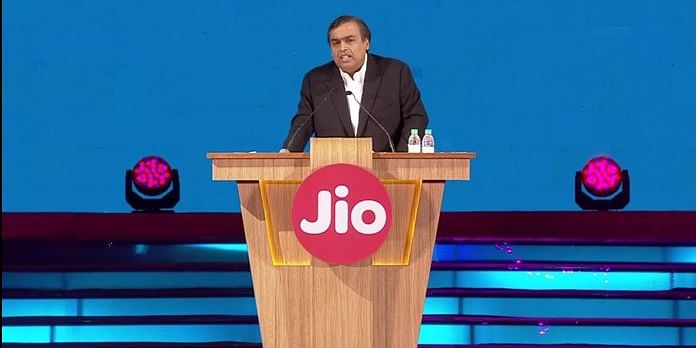 We live in extraordinary times when the world is at the dawn of a digital revolution. The emergence of disruptive technologies such as Artificial Intelligence, Machine Learning, SMAC and Internet of Things (IoT) is reshaping human civilization in a fundamental way while posing major challenges to businesses in terms of innovation and reskilling, developing new age products and solutions, partnering and creating value for the customers and most importantly survive the technological storm. Every industry, be it manufacturing, retail, healthcare, education, entertainment, is going digital, embracing the rapidly evolving technologies not just to continue being relevant and avoid obsolescence but also to capture the market and seize opportunities offered by the transformation.

The Indian Telecommunication sector which has its own history of disruptive innovations is no exception. Whether it is the emergence of revenue killer over-the-top messaging apps, big data and GPS-based free services, cut-throat price per second tariff plans, shifting of business model from voice to data, the USD 37 Billion industry has seen it all.

The industry in 2016, apart from the spectrum auction, witnessed one of its most significant development in years, the entry of Reliance Jio which created a flutter in the market literally setting the cat among the pigeons! The Mukesh Ambani led firm has rewritten the rules of the game by offering free voice calls and roaming, a suite of multimedia apps as well as dirt cheap data connectivity coupled with affordable 4G handsets which in turn has forced the incumbent operators such as Airtel, Vodafone, Idea to change their whole perspective, cut outrageously overpriced data and voice tariff to stay relevant and competitive.

The tremor caused by Jio’s larger than life launch can be well understood by the fact that within 45 minutes speech of Mukesh Ambani industry leader Bharti Airtel, Idea Cellular and Reliance Communications lost a combined Rs. 13,165.5 crore in market value while RIL’s own share price fell by 2.7% as investors were uncertain of sustainable revenue model, bleeding of the sector given the aggressive price war and huge operating losses for Reliance in the near and medium term postponing break-even timelines. The launch which has sent a shiver down the spines of the dominant players has also set the stage for the long-awaited sector consolidation and strategic alliances. Vodafone and Idea Cellular which reported a net loss of Rs. 385.6 crore for the third quarter of the current fiscal have publicly confessed that they are very much in love and may tie the knot soon!

What differentiates Jio from its peers?

• Largest 4G network ever – Over 100 Mn subscribers across 18,000+ towns and cities and 2 Lakhs villages. Plans to reach 90% of India’s population by March 2017. Moreover, Jio is the only company with Pan India 4G coverage.

• The “Data Sachet” strategy – cheapest data plan is available for Rs. 19 a day.

• Reliance Jio digital start-up fund with a corpus of Rs. 5,000 Crore to boost entrepreneurship and develop an ecosystem around Jio platform.

• Deep Pockets – Reliance Jio is planning a further investment of Rs. 30, 000 crore to expand coverage and capacity which will take the total investment close to Rs. 1,90,000 crores.

• Look beyond telecom – Jio doesn’t want to be tagged as just another telecom player and has bigger plans up its sleeve. The company is working towards developing full-fledged IoT solutions in the automobile and home automation space. 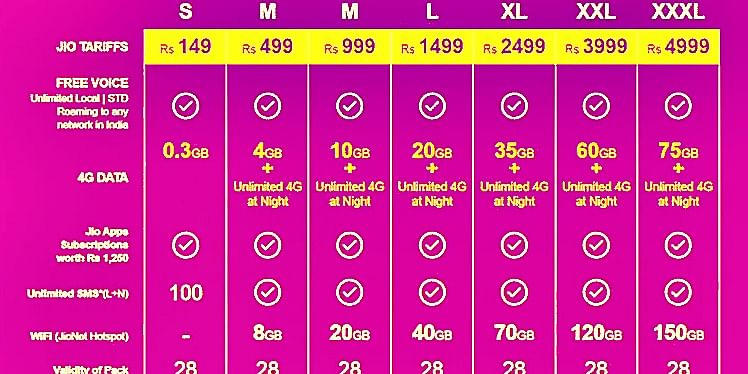 • Stiff competition and call failures – Jio is facing a resistance from incumbent service providers and has accused them of abusing dominant market power and forming a cartel to deny adequate points of interconnectivity (PoI) causing massive call failures.

• Declining data speed – The exponential increase in Jio’s customer base has resulted in a decrease in its data speed from 50 MBPS during early days to 6 – 10 MBPS currently. As per the latest media reports, Reliance Jio is trailing Airtel in 4G speed.

• Low penetration of 4G enabled devices – Although the demand for 4G devices is catching up, the current penetration is as low as 1.6% which limits the core market for Jio and telecom remains a game of scale.

• Customer Loyalty – Indian consumers are known for not having brand loyalty and it would be interesting to see how Jio manages to retain customers once the freebies get over.

• Challenge status quo and take calculated risks – Reliance is historically known for its revolutionary thinking, path-breaking business models and unrelenting execution on the ground. Jio’s intent to cannibalize revenues from voice to data and offering data services at one-fifth of prevalent prices implies that company doesn’t want to play by the existing rules of the game.

• Create entry barriers – Jio is the only company which has 4G airwaves in all the 22 circles while Airtel has in 15, Idea in 10 and Vodafone in 5 circles. Furthermore, the company given its data-centric strategy has invested substantially in building a mammoth fiber optic network which can even handle 5G and 6G thereby putting immense pressure on the existing service providers and leaving almost no scope for another new entrant.

• Think “out of the box” – Jio’s paperless eKYC based instant SIM activation and door delivery, gateway to free services only via the My Jio app, special student plans and India’s first ever platinum service are some of the examples of company’s radical thinking and unconventional approach.

• Build multiple sources of revenue – While data remains the primary source of revenue for Jio unlike its rivals, the real money lies in its premium apps. JioOnDemand and JioBeats have the potential to become Netflix and Spotify of India respectively. Besides, the company also looks to make a profit by selling 4G enabled LYF smartphones.

• Have a clear vision – Reliance Jio does not have usual telco attitude, rather it has set clear goals and targets in terms of number of subscribers, average revenue per user (ARPU) in first twelve months of launch, deadlines for achieving break even and so on.

• Develop and Partner with the ecosystem – Jio is not just engaging with the established digital and internet players but also plans to partner with thousands of Indian entrepreneurs whose ventures can thrive under the Jio ecosystem. This has the potential to offer significant inorganic growth opportunities as well as readymade access to cutting edge technology and innovation. 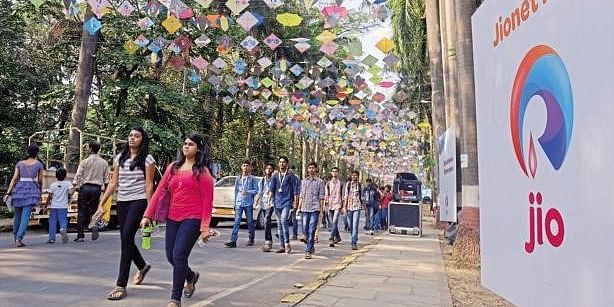 Although the Jio juggernaut has turned things nasty for the sector’s fortunes with some calling its aggressive pricing strategies as predatory and anti-competitive and a section of the analysts writing it off as Tata Nano of telecom industry, one cannot deny the fact that Jio will digitally empower India, improve the quality of life, increase the market size, and create thousands of employment and entrepreneurship opportunities.

While it took 17 long years for Reliance Industries Ltd. to become the 8th largest energy company globally, a mere 45 days is what Jio needed to attain the coveted position of world largest data carrier reporting a traffic of 16,000 TB per day. Accept it or not, this is perhaps the final step in connecting the dots of legendary Dhirubhai Ambani’s unfulfilled dream – “Karlo Duniya Mutthi Mein".

The author also blogs at www.rupeshmaheshwari.com

Disclaimer: The author does not hold shares in any of the Reliance group companies and the views expressed are personal.