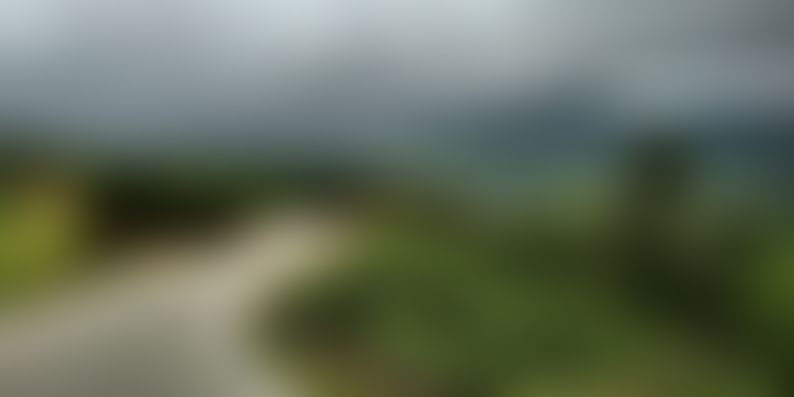 Travellers will know that not all places are alike. Some can take a while to get used to while others slip under your skin within minutes of your arrival. Munnar, with its rolling tea plantations and mist covered vistas, stole my heart long before I even reached. As my bus climbed its way to Munnar and each bend in the road revealed new views of emerald green hills woven together by ribbons of clouds and rays of golden sunlight, I fell hook, line and tea-plantation for Munnar. If you are backpacking along the coast of Kerala and can make only one trip into the mountains, my recommendation is to make it Munnar. 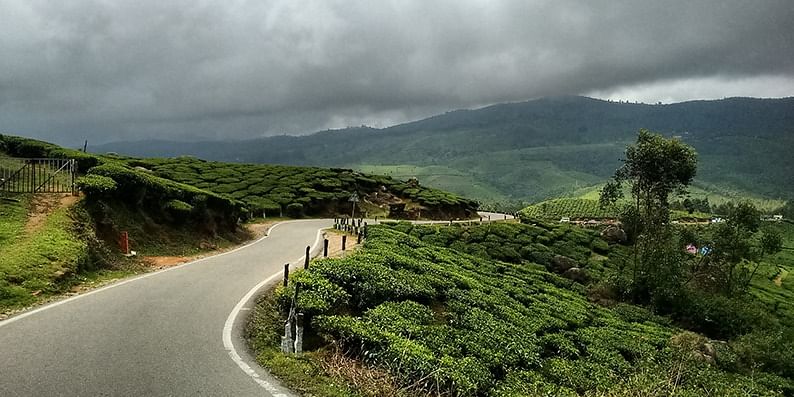 Figure 1 The Road to Munnar

In Munnar town you will see buildings, houses, low-budget stays, restaurants, eateries, shops of all shapes and sizes, and places of worship all apparently piled together higgledy-piggledy. A walk, few kilometres in any direction, will take you to expansive views of the tea estates that Munnar is synonymous with. There is plenty to see here - wildlife, waterfalls, tea and spice plantations, lakes created by dams, the tea museum – and most rickshaw and taxi drivers will besiege you with offers of sight-seeing tours. If you are in a group, I would recommend striking a good deal with a cab-driver (or arrange one through your guesthouse). This will allow you some flexibility in determining your itinerary while keeping costs down.

As a solo traveller, I opted to do a day-long Teal Valley tour with the District Tourism Promotion Council as a convenient and cost-effective way to cover numerous places. Here are the various sights that the tour covers.

Your first pit-stop will be the Matupetty Dam, about 13 KM from Munnar. You can stroll along the length of the dam, taking in the views of the lake, the surrounding shola forests and mountains. Stop for a snack break of roasted corn on the cob or savour the local delicacy of sliced raw mangoes flavoured with spices. DTPC also runs boating facilities at the reservoir with a variety of speedboats on hire. 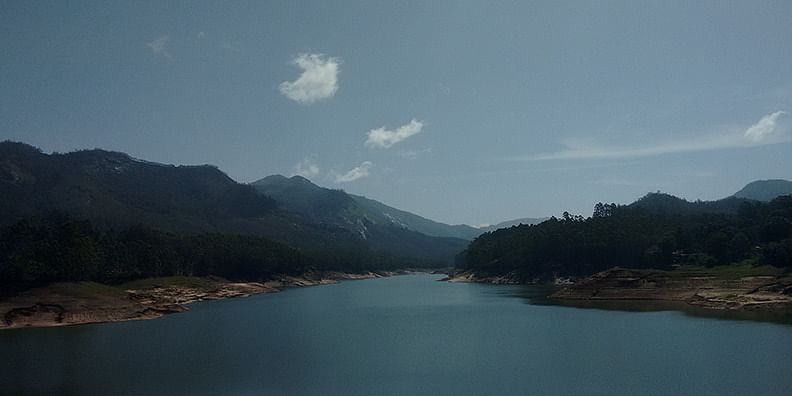 Your next stop will be Echo Point. The echo site, helmed in by mountains, at the banks of a lake, can be accessed for a small fee of INR 5. I paused for a moment, feeling sorry for the Greek mountain nymph ‘Echo’. As the story goes, Echo was cursed by Zeus’s wife, Hera, and lost her powers of speech and could only repeat the speaker’s last words. She went on to fall in love with Narcissus only to be rejected by him. She died with grief, leaving behind her echo. I wished for Echo to find peace and a way to heal her broken heart.

The tour goes next to Kundala lake and dam. India’s first arched dam, Kundala has the added distinction of being a rainwater dam. With some luck, you can catch the cherry trees in bloom, a phenomenon that occurs twice a year. Tea stalls line the road and you can rest up, have some tea, and take some photos. Tip: Do try the local banana cake!

32 KM from Munnar, Top Station is the highest point (1700 m) on the Munnar-Kodaikanal Road, at the border of Tamil Nadu and Kerala. One has to cross into Tamil Nadu to visit Top Station – and if you, like me, find state border crossings exciting, keep a look out for the sign boards welcoming you to Theni district. Top Station was established in 1880s by the British making their way from Tamil Nadu. The views from here are verdant and fertile, the sun shines brightly in a sky so blue that it fills your soul. I recommend a quiet walk in the tea plantations, filling your lungs with the crisp, fresh air of the mountains.

The tour bus turns around at Top Station and heads to town for a lunch break.

Figure 3 A Walk at Top Station

The last stop on the itinerary is the Eravikulam National Park. The park is spread over 97 sq km and is home to the endangered Nilgiri Tahr, a shy and elusive ungulate found in parts of South India. The Park is also famous for its mauve Neelkurinji flowers that bloom once in 12 years, and the Anamudi Peak which at 2695m is the highest peak in South India. 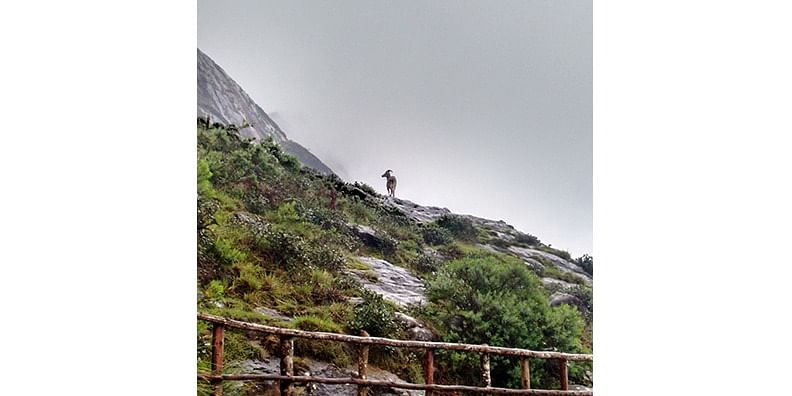 All public and private motor vehicles need to be parked at Rajamalai that houses the ticket counters. Included in the cost of the ticket is a short bus ride to the park. Once inside, you can walk along a tarred road earmarked as the tourism zone. If Lady Luck is smiling, you’ll see the Tahr; we saw a lone one sauntering up the rocks with graceful nonchalance. If the Tahr eludes you, the cloud filled views at the Park will make up for it. The Park was my favourite part of the trip, and is my top recommendation of sights to see at Munnar.

Some notes about the Park:

• The Park is closed between February and March as it is calving season for the Tahrs.

• The entry fee is INR 90 for Indian nationals with an additional fee charged for cameras.

If you don’t fancy the DTPC tours, you can make it to the Park or any the spots listed above by public bus or cab.

More information about the DTPC tours:

• The tour I did was but one of the three that the Council offers, and is called the Tea Valley Tour. The other two are the Sandal Valley Tour and the Village Sight Seeing Tour. The Sandal Valley Tour is from 10 AM to 6 PM and covers Nayamkadu View Point, Lakkom Waterfall, Coffee Plantation, Sandalwood Forest, Pious Nagar Village View (Muniyara) and Chinnar Wildlife Sanctuary. The Village Sightseeing Tour is from 9:30 AM to 6 PM and goes to Signal Point Devikulam, Tea Factory, Gap Road, Anayirankal Dam, Kallimaly viewpoint, a spice farm, S.N. Puram Ripple Waterfall, Ponmudy Dam and Chithipuram View Point.

• I showed up at the DTPC office (easily found on Google Maps and known to all auto-rickshaw drivers) at 8:45 AM for the 9 AM Tea Valley Tour. It being low season (I went in July), the office opened only a little later, with the tour setting off at about 9:30 AM.

• The cost of any of the tours is INR 400 per person. However, they need a minimum of three people to run the tour. In the event, that you are travelling solo, and two other people don’t show up for the tour that you want to do, you can pay INR 1200 and make the trip alone. The fee is exclusive of lunch, water or any entry fee.

• They are pretty particular about sticking to the planned itinerary, given that each tour covers places in one particular direction only. My tour group wanted to visit the waterfalls, that are not a part of the Tea Valley Tour, but we were told they were on a completely different route than the one that our bus was taking. Do plan which tour you want to join accordingly 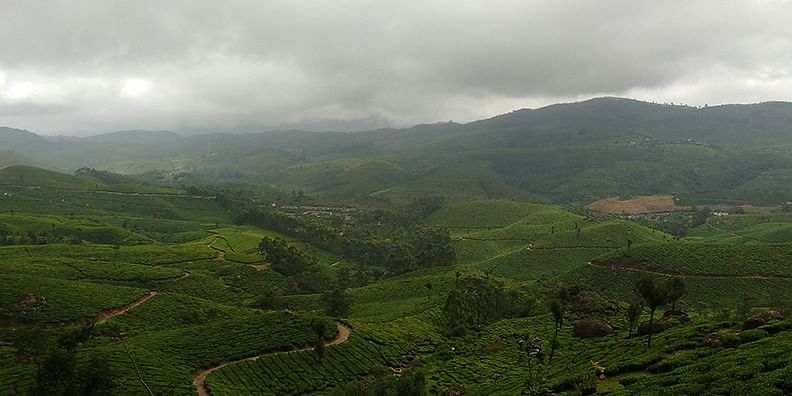 Figure 5 Clouds Racing over the Mountains at Munnar

Other noteworthy sights in Munnar

Some other places in Munnar you should not miss:

• Tea Museum and Factory: About 3 KM from the heart of Munnar Town is the Tata Tea Museum where one can see exhibits depicting the history of the Munnar tea estates. Apart from machinery from the early 1900s that were used in the processing of tea, the Museum also has on display, a burial urn from second century BC. Also showcased are items and mementoes from the British Bungalows on the tea estates. The museum runs demonstrations of how tea is processed and has a shop on-premise where you can buy various types of tea. Timings: 9 AM to 4 PM, Mondays closed.

• The Muniyara Dolmens: I was told by a trusted friend, an intrepid traveller, that a trek to the Dolmens are a must, and I wholeheartedly agree. The Muniyara Dolmens are two thousand years old burial chambers from the megalithic age. Four granite slabs capped by another, these simple structures hold so much mystery. I first saw a dolmen at Burren - Poulnabrone - in County Clare, Ireland and ever since then, I am fascinated by this burial practice of our ancestors. The Muniyara dolmens are around 40 KM away from Munnar but are definitely worth the journey.

The eating joints are clustered together in the town, within walking distance of each other. Rapsy, in the heart of the town, is famous for its Biryani and chicken dishes, while Sarvana Bhavan hits all the right spots with its vegetarian fare from Tamil Nadu. You can also try the Guru restaurant for a Kerala Thali or other local specialities. Sree Mahaveer Bhojanalaya, near Guru at Hotel S.N. Annex, specializes in vegetarian food from North India.

Given its location high up in the hills, Munnar is not connected to the railway network. However, buses run to and from Munnar connecting it to every major city in Kerala and to Bangalore in Karnataka. I reached Munnar from Kumily, Thekkady, taking a private bus from the Kumily bus stand. For my onward journey, I took a bus to Ernakulam, Cochin.