Story of Womaneur : From Journalism to Entrepreneurship 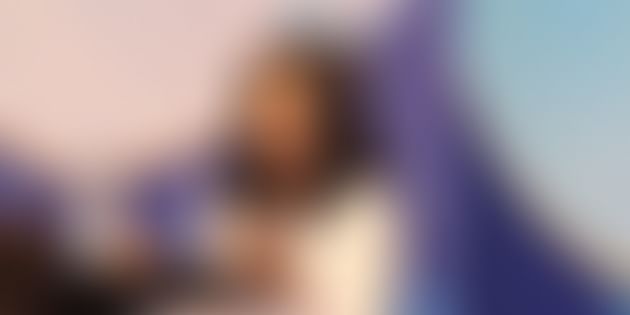 See how this woman brought significant changes in Air travel industry with her startup and helped government to revise Air Passenger Charter Act.

Becoming an entrepreneur in India is like fighting in a battleground, shedding away your blood and sweat to sustain and come out victorious. This story is about Akanksha Anshu, an ordinary woman who has always been keen to explore the generic problem statements faced by the people and bring logical solutions to the world through technology.

“As a little girl, I aspired to be a journalist but the paradoxical society which actually succeeded in taking my dream and my passion, which I lived for all those days I was growing up. Unfortunately, I had only the default option and ended up in an engineering college. Now, when I look back at those days, it makes me laugh the hardest because I have learned that no one can make you inferior but you yourself.”

We all know how easy it is to get disappointed in this competitive world and how situations manipulate us to leave our path halfway through. But for her - challenges became adventures and determination to fulfill her objective became the only purpose.

She further mentioned that “No journey is flawless,” It has been a roller-coaster ride which had everything from fear to excitement, from laughter to tears, from adventure to achievement. But she had always been carrying a passion to make people understand that - what matters the most is your knowledge, skills, and attitude to pursue your passion.

It was 2007 she took off her flight to Delhi to become a Journalist. Being a daughter of a lawyer, she has always been curious and passionate to discover various hidden problems and its solutions to bring differences socially, politically and psychologically.

As a kid, she believed that Journalism has the power to fulfill her objective of discovering unseen problems and their solutions. Hence, it was her uncompromising dream to become a journalist

People have always been skeptical about the thought of a girl becoming a media figure, or raising voice against the authorities. she desperately wanted to go against this framework and wanted to fulfill her objective. But, things were different then, appearance mattered in the field of journalism and she was black. she couldn't continue the journey because of her color.

Not everything came to an end. There were different doors that were opened for her, to accept her who she was.

Being a huge fan of Rhonda Byrne and her book - “The Secret” which makes you believe and “when you really want something, all the Universe conspires in helping you to achieve it.” Reminding herself the same she continued moving forward.

Although the injustice of the past haunted her, snatched a dream from her wish-list but it couldn't take out her passion and her purpose for what she wanted to do. Rather it turned her to see her potential and possibilities that the world had to offer.

After completing her engineering, there were lots of campus placements in her hands. Being an ambitious woman, she has always been straightforward with her checklist, what does she want and what she doesn't and situations made her very strict in her decisions.  Thus, she chose to get into a small organization based in Bangalore. During her 6 years of tenure she served various roles from Trainee to Executive.

Birth of an Idea

In 2014, her flight to BLR (Bangalore) got canceled. It started disturbing her that how these recognized Airlines couldn't do anything about it. She knew Europe offers Passengers Rights but she wasn't sure about India. Through research, she got to know that India too offers Air Passengers Rights and approx 99% of the population is unaware of their rights.

This incident motivated her to do something for the people or to create a platform where people can easily avail their rights. The very thought of setting up a business was overwhelming and most of the people whom she consulted rejected the idea of getting into business at such an early age with no proper business background and funding.

Two people sitting overseas that is -  refund.me group CEO Eve Buechner and the CTO Mr. Joachim Hertel were confident and encouraged her to start the business.

In India, she consulted her brother about the same and he agreed and said - “Don’t be afraid to try new things. It’s better to try than regret later.” Further she approached her mentor and her CEO from the previous company, who motivated her and believed her that SHE CAN do this.

In 2016, She founded refundme.in, the first-ever flight compensation company in India. Although the struggle was groundbreaking, Not having enough money, No team, No support, New Idea, No business background. But, she didn't give up and single-handedly managed to get the office space, company registration, and setting up the entire team. A journey from One to Many!

“Thanks to Technology and LinkedIn, I got my CA, Lawyers, Vendors, and everyone from the application and built up my own team.” - Says Akanksha

“Belief is what matters.” - She says. Through her strong faith and willingness to bring strong solutions to the hidden problems kept her alive and motivated throughout the process. With her passion for technology and understanding to utilize it, has encouraged her to build this platform.

During the journey, she witnessed so many loopholes in the Airlines industry and government policies of Air Passenger Rights. She encountered that there are no compensation for flight delays, poor baggage handling, frequent cases of baggage lost and so on. She strongly wanted to fix all of them.

In 2017, she made an appeal to the government to fix the issues and now she proudly says that Government revised the Air Passenger Charter Act in 2019 by including compensation for flight delay and baggage lost which will be regulated soon.

After three years, refundme.in has launched Mr. Boie application - A personal travel assistant, which is a one stop solution that all flyers need such as - airline and airport information, book cab online, delay prediction, meal booking, and many more.

“So much happened within these years, hoping for more stories to be told.” - says Akanksha

This truly is one of the inspiring stories that lead her to achieve whatever she always wanted in her life. I hope this story will inspire so many and would encourage all the dreamers to take one step forward to reach the heights.