Meet the Youngest CEO’s of India

How often do you see a 12-year old and 14-year old give a TEDx talk?You can hardly ever imagine that to happen.

How often do you see a 12-year old and 14-year old give a TEDx talk?You can hardly ever imagine that to happen.We still see people around take classes on public speaking.The youngest CEO’s have just done that and have become the youngest entrepreneurs. 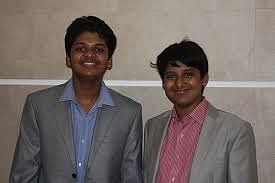 Famously known as Kumaran brothers.Shravan and his younger brother Sanjay have created and founded a company right from their bedroom while they were just in school.These brothers were born and brought in Chennai and learned to program right at an early age.Both of them founded ‘GoDimensions’ which is mobile application firm.

They primarily develop applications based on education,lifestyle and games.Their famous applications include Alphabets Board,Color Pallette, and Catch Me Cop.They have not relied on only a single platform they have also developed apps for Apple store and have already had more than 10,000 downloads. 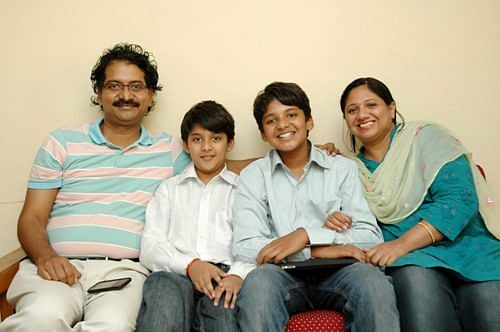 Kids with their family

They have participated in an SAP event in Banglore.What is impressive is they have a clear cut strategy for their mobile firm.They were funded by their father for the establishment of their firm.The tech-savvy brothers have created around eleven apps till date.The first app ‘Catch Me Cop’ came out after 150 tested apps.The game is where a con who escapes prison and the wide hunt is launched on him. They recall that it was loved by former President Abdul Kalam when he visited their school at Chennai.

Now,the kids bedroom has changed into a digital lounge with Apple Macs,iPads, and tablets.They say they spend their time on coding and debugging test apps after ‘homework hours’.The youngest brother Sanjay is a CEO of the firm whereas Shravan is a President of ‘GoDimensions’. 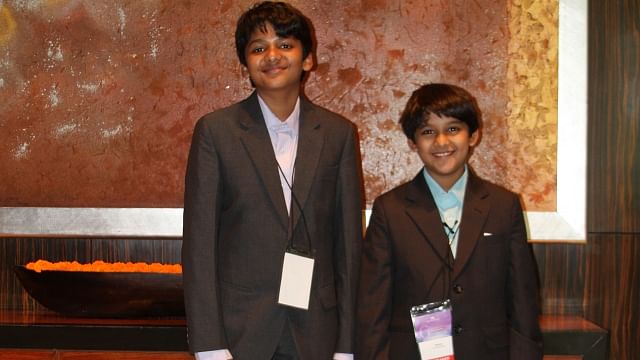 At their early age

The duo brothers say that they also love cricket and Keyboard.The mobile firm is registered under the names of family members as they need to be aged 18 years to register their firm under their name.The kids say that inspiration came from their father who helped them develop their first iOS app and also Apple CEO Steve Jobs.They always loved his quote ‘Stay hungry,Stay foolish’.