Decoding the 'Tharki': A Woman's Guide To Networking in India 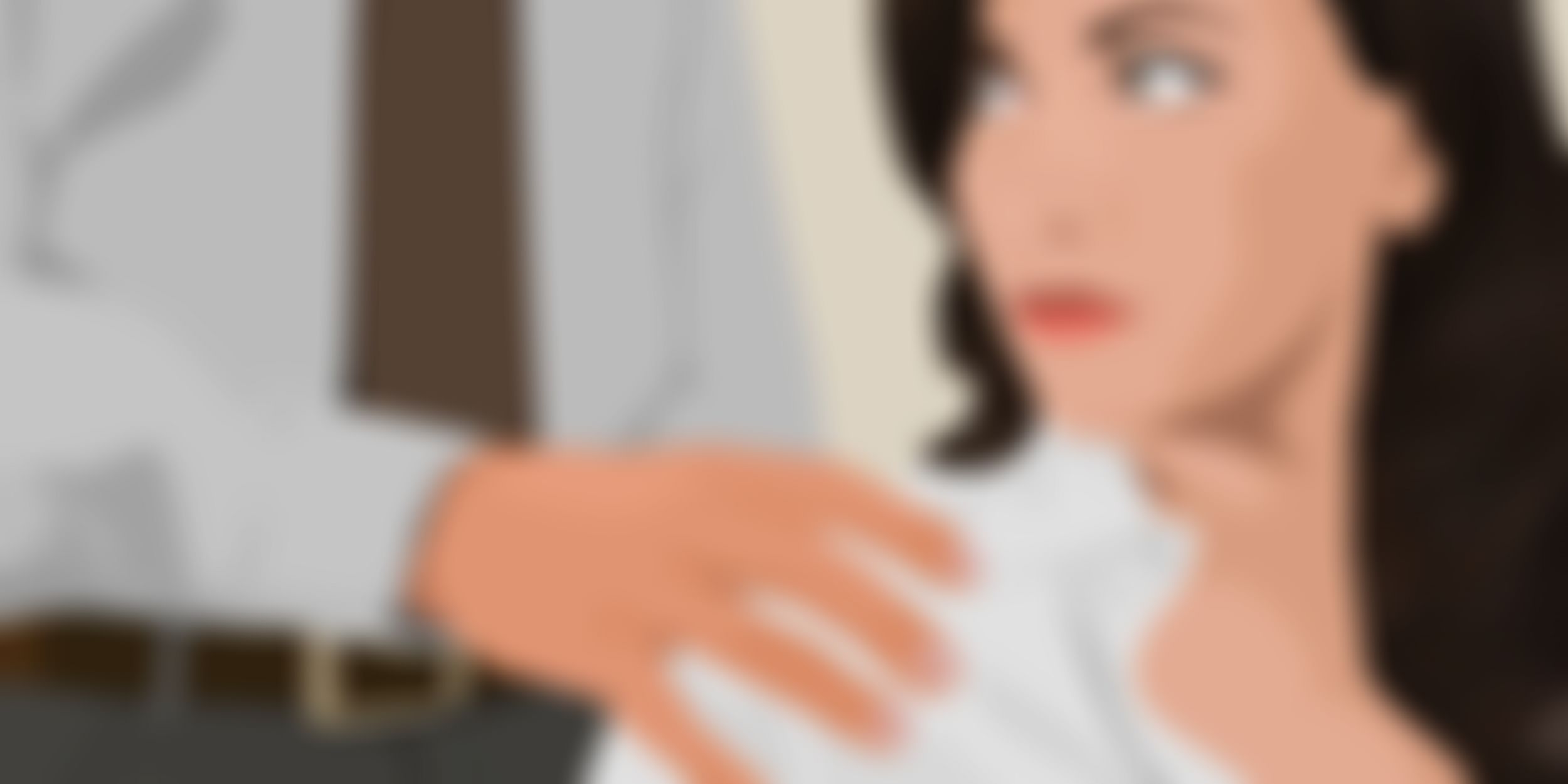 The breed of new entrepreneurs is terribly divided on fund-raising. Half of them base their start-up not on a good idea but on what will get them angel funded at the onset (Thanks to TVF's Pitchers). The other half wet dreams about bootstrapping first and then getting VCs onboard for their scaling exercises. While the latter seems like the obvious logical choice, in this world of ruthless competition and cutting edge speed it becomes difficult to be patient and bootstrap. Yes, institutional funding comes at a heavy monetary and emotional cost, it is equally difficult to fight discount models just on the weight of your universe-impacting-we-are-the-next-google business idea. While I still struggle to solve this conundrum, I'm going to recount my journey so far of knowing and meeting the "influential" who's who, mentors and investors for my venture in the education industry.

So here's a fact: As a girl trying to network or just meet new people because she likes meeting people, a large chunk of men whom you take out for "drinks" or vice versa want to get intimate with you. The concept of a girl actively networking around only for platonic intellectual friendships is alien to many in India. The unsaid understanding is that if the girl proposes for a round of beer, or goes to his house for a chat, she owes him sex. You are the vulnerable job hunting, investment starved, business yearning person who wants to make it big with their help. Mostly, they have the means and you have the potential. But unfortunately, the barter doesn't always happen that easily.

Couple of heads up here: (i) like every article, this one isn't without exceptions. I am NOT saying that all startup evangelist men are promiscuous or that there are no powerful female investors; and (ii) There is a difference between sexual harassment faced by women at workplace and sexual favours asked of women in corporate or entrepreneurial space who're trying to independently meet clients and investors.

I'm dealing with the latter here. We have separate sexual harassment laws to deal with at workplaces. I'm going to discuss what happens when a woman steps outside the organization.

Here's the cardinal rule in theory: Keep the personal and professional separate. LinkedIn is (was?) broadly known to be the go-to professional networking site but it's a fact that a random jocular status update receives more genuine responses than impassionate one pager messages to the influencer/HR that you want a job from on LinkedIn. So next in line are 'informal' forums like Twitter and Facebook--you approach these influencers there and you probably have a meeting.

And then you discover the obvious: The leveraged client/investor wanted sex. (Welcome to the real world). You, on the other hand, just wanted potential business collaboration. So what's the way out now?

Unless your job is of a serial harassment reporter, here's a time-saving practical solution to curb potential harassment: "Teach your sons to not harass instead of asking girls to understand that it if she meets powerful men, it is bound to happen!"

Okay, kidding. There's limited time and in practicality, it can't be spent on crying and protesting against what you think is unfair. Smarter way is keep putting drops in the ocean; do your business fiercely and simultaneously help correct attitudes as your own little CSR project. Here's how you go about it:

We all have google and social media at our disposal, we all know some people who may know this person you are going to meet. Figure his nature and dispositions out. And then trust your instincts. A few message exchanges and girls know, they always do. And if the social media profiles are clean and yet the meeting isn't going as you thought, remind them that it's business you mean. If men can assert that they want sex, don't be shy to assert that you want business. If both don't budge, deal's off. Simple. Takes courage to become a no-nonsense person.

Let this be your lesson in entrepreneurship and business development. You may bruise a few egos, would come across as headstrong, would be stereotyped as an unbending feminist, ward off potential deals, but you know you're just being a professional who wants to learn, unlearn, be mentored and grow; your gender, political or sexual preferences notwithstanding.

Eventually you will be respected for it. You will attract people who are smart, believe in you, and value the capital, intellectual or otherwise, that you're bringing on board.

Secondly, we may protest all we in want in theory and find it morally incorrect, but in practicality, sex today is much more lenient than it ever was in our country. I've known some brilliant people (both men and women) who have had no moral qualms regarding these labels of being a pervert or nymphomaniac. They believe that sex is a consensual and recreational activity and polyamory is a reality. So there's no moral compass we actually have to judge anyone today. My only concern is that consensual sex in the professional world should not become a power game in the hands of the dominant party. Set your bar and balance it out through what you consider moral.

Personally, my two cents would be to not mix the personal with professional. In either case, acknowledging the phenomenon as a reality and starting a dialogue openly is the first thing that'll help you take a side. Girls wouldn't openly talk it because a lot goes on stake if they protest about it; their careers, business, social image etc. We've had our lessons from the movie Pink. But crying fowl and gossiping wouldn't help. Cut through the crap, acknowledge how businesses run and then choose how you'd like to deal with it. About time we asserted.

And, communicate! That's the key. Don't hush it under the carpet. Make the agenda transparent; tell them if you are attracted to them, or if you just mean business, or their advice and friendship. See what they have to offer. Train yourself to read signs and between lines. Get it out on the table and then choose whatever is best for you, but don't let it become a one sided power play. Commercially, there'll be a lot to learn from these people once you get the expectations streamlined. The sooner we break taboos and acknowledge (not necessarily accept or respect) choices without spending time on passing judgements, the sooner we'll make our professional lives easier and networking more fruitful for both the genders.

PS-I read literature, and am a lawyer turned entrepreneur. I can decently vouch for my position to be an aware and rational girl. And I still have to withhold my name because there may be potential backlash by the investor community and others. While I practice assertion (without coming across as a "complacent arrogant bitch"), I have to safeguard my company and the people associated to it from any hostility erupting through this piece. But I hope the message in this piece spreads wide. I can be reached at eyre.estella@gmail.com. 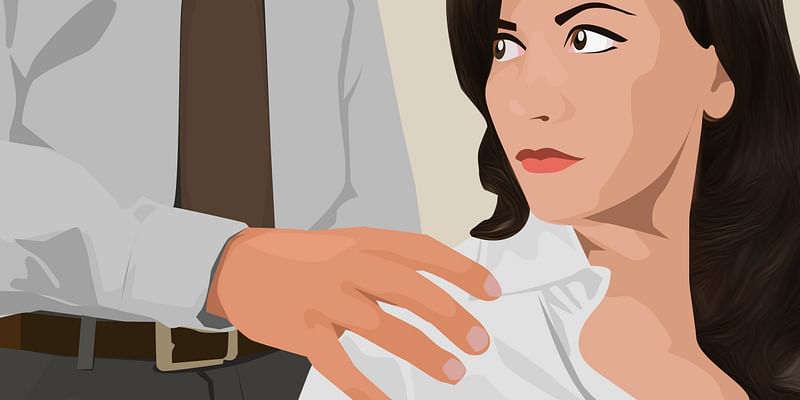