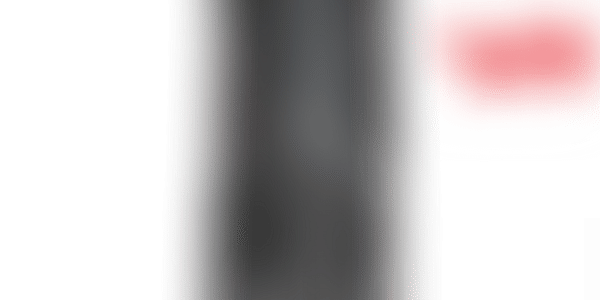 Best Gaming Computers 2019: The 5 Computer For Gaming You can Choice It

As we have seen, in 2019 there will be many good future games. Some of them claim to be the best computer game for the next few years. To be able to beat the best games in 2019, you have to prepare one of the few PC games that are currently the best in the market.

Currently, many computer manufacturers can enable you to choose parts like the best processor or graphics card, of course, according to the needs and costs that you will incur and it will not be a problem whether you will choose AMD, Nvidia or Intel.

So related to the specifications and types of PC gaming like what you must have to conquer these best games. We have summarized a number of the best Gaming PCs that might be suitable for your reference in choosing PC gaming.

These are 5 of the best computers for gaming that will conquer the best games in 2019 and you will be amazed by their greatness.

Who doesn't know Corsair One? They have been one of the best Gaming PCs for a few years ago. Corsair-One-i160 is equipped with Nvidia GeForce RTX 2080 VGA - RTX 2080 Ti and Intel Coffee Lake Refresh processor.

With this gaming computer, you will be able to handle 4K games on a machine that is not much bigger than your average game console. It's expensive though - that a lot of reasonable power must be - but it might be feasible if you are looking for a small uncompromising form factor machine.

MSI is one of the big hardware companies, they also offer a variety of PC models. Starting from laptops with a variety of design options, various gaming PCsmall-form factors, backpack-shaped computers to support virtual reality (VR) content, to traditional tower desktops that allow users to modify hardware named Infinite Series.

One of the best is the MSI MSI Infinite A monster PC desktop that has an Intel Core i7-7700 processor, equipped with 2400MHz DDR4 RAM up to 16GB, two M.2 SSD based storage (supports Intel Optane) plus one 2,4- SSD / HDD inches and two 3.5-inch hard disks, and are powered by a 550W 80 Plus Bronze power supply unit. For the graphics card, you are given the option Nvidia GeForce GTX 1060 or GTX 1080 Ti

-Too many ports that seem confusing

-The price is high

MSI Trident 3 is a variant of PC gaming that uses an Intel Core i7-8700 processor and uses an NVIDIA GeForce GTX1060 6GB DDR5 graphics card.

With a sleek design, the MSI Trident 3 measures 13.9 x 9.2 inches with a thickness of 2.8 inches. So that the shape is only somewhat larger than the PS4 console and Xbox One.

NVIDIA also mentioned that the graphics card can be replaced with a more sophisticated one, with the note that it carries an ITX size and adjusts the power supply.

For RAM capacity, MSI Trident 3 comes with a default 16GB DDR4 2133MHz RAM which can be increased up to 32GB. Then in storage memory capacity is available a combination of SATA SSD storage type 256GB capacity and 1TB 7200RPM HD

+ Verry Silent and cool when running

The presence of NVIDIA GeForce 1080 which is able to produce 3D images that are very smooth gives the VGA manufacturer an opportunity to be present on the built up PC and one of them is Dell with the Alienware Aurora R7 series option.

This choice will certainly pump performance not only for gaming but a complete package for streaming, gaming, and rendering without restrictions. In addition, the presence of the GPU from Nvidia GTX 1080 will provide reliable power in the perfect 1080p gaming business. And to complete this series with a much better value, with the Intel Optane Memory 16GB expanded to 64GB it will certainly make good stability, moreover, it is also equipped with 256GB SSD and 2 TB HDD.

+ engaging, not over the highest design

In the midst of the intense competition between two giant processor manufacturers, who would have thought if Intel and AMD suddenly announced a successful cooperation agreement made IT world players surprised. Both collaborations produced results in the form of products from Intel processors with AMD graphics cards integrated with it

The RTG Division (Radeon Technology Group) allows Intel to use Radeon RX Vega M Series products on their processors based on GPU Polaris 22. Interestingly the GPU is integrated with HBM 2nd Gen memory types that offer bandwidth over GDDR5. While the processor unit used is based on Kaby Lake architecture.

Battle of Spree Commerce vs Woocommerce