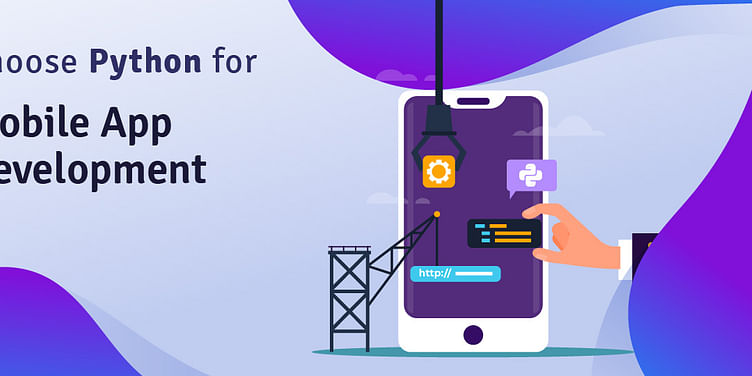 Python is getting a popular programming language day-by-day. Even some people are using Python for Mobile App Development. But what is so appealing in the Python language that a lot of people are embracing the Python Development? Well, we can say that Python is highly secure programming language and it also has a lot of libraries already built, so a lot of functions do not require to be coded, and you can simply paste the code from the library and you’re done. Moreover, Python code is platform-independent, so the Python code can run on any platform, and that is also one of the main advantages.

There are several advantages of choosing Python as your programming language as compared to other technologies.

You can get a lot of already built libraries and you can use those libraries in your code, so you don’t have to code for that particular function, which makes the development faster and reduces the development cost. So, you get extensive libraries’ support when you develop your app with Python.

Python Applications can be easily integrated with other technologies and tools. With Python, one can extend their app’s functionalities to a great extent by integrating third-party tools and other technologies. That is another reason why most developers choose Python for app development.

But before diving deep into the Kivy framework, let’s see why Kivy is preferred for Mobile App Development.

Kivy is an open-source and multi-platform library to develop your app’s GUI. Kivy is a Python-based library and can be used to develop the Frontend for your app. Kivy can be used as a Frontend library and for the backend, one can use Python. So your app is built with Python from A to Z when you use Kivy for the frontend.

Now, let’s see how the Kivy framework can be useful for our mobile application development.

When you develop your app with the Kivy framework, you get better consistency in terms of app stability and other factors. Python-backed applications are less likely to get crashed or even get attacked by a potential hacker. So, you get both consistency and security when you choose Python for your app development.

So, after reading all these, points you must be cleared on why should you choose Python for Mobile App Development. You also must be cleared on the ‘All-Python’ term, and how the Kivy framework is useful in developing beautiful front ends for your mobile applications based on Python

7 crucial questions to ask from every startup founder