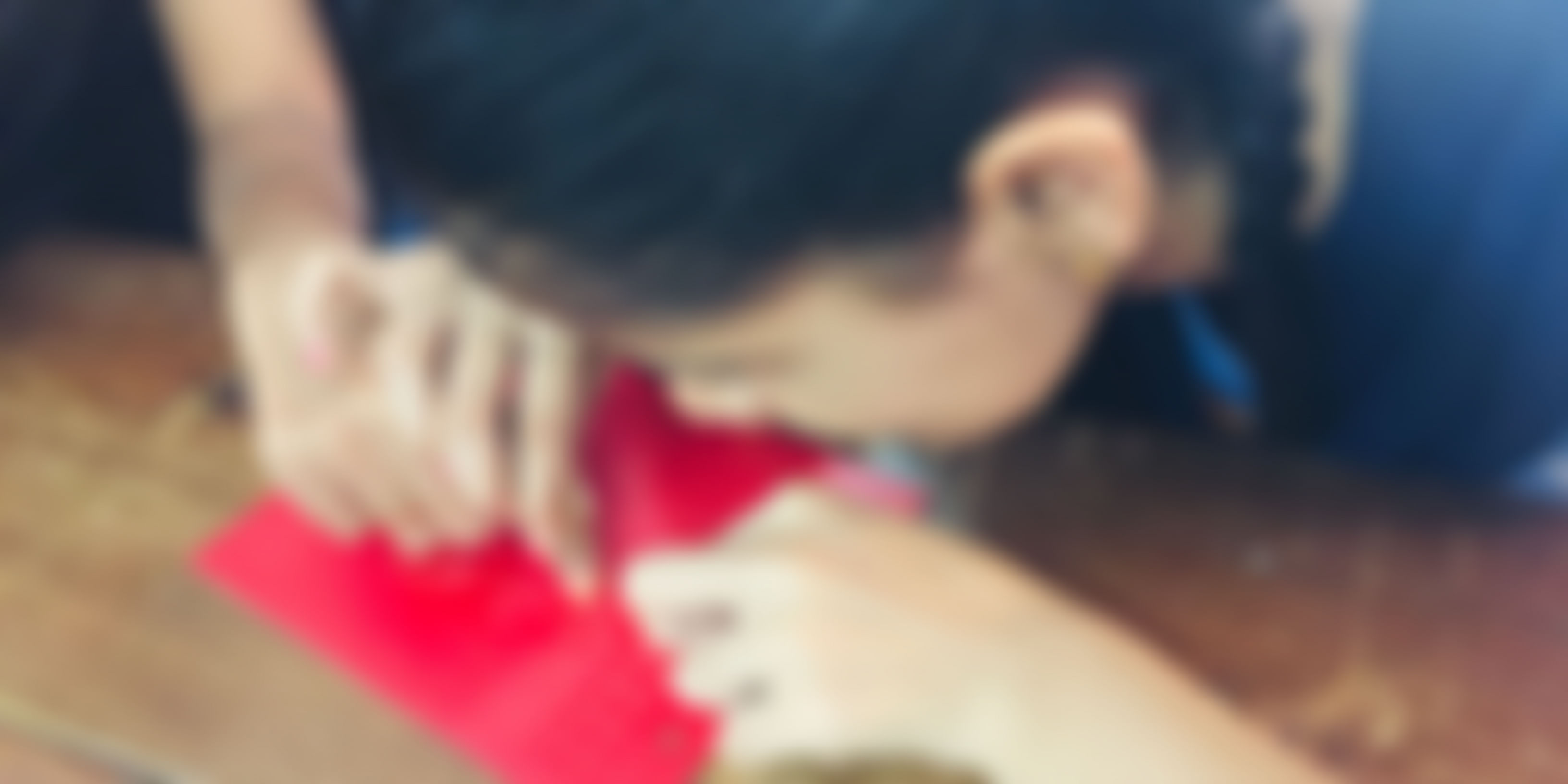 Beyond Braille is an illustrative attempt to create a window of delightful experiences for the visually impaired community. Promising to be one of its kind picture book series, it takes our imaginative readers on an exciting journey.

She felt and expressed the need that reading can be a more enriching experience than what it was for the visually impaired community. What started as a college assignment, became her motivation soon. Nupur wished to bring the world of visuals to the VI community and wanted to spark the love for reading that would last with them for a lifetime. So she began working on a single book issue titled “Ranchhod Sees the World”.

She conceptualized the story and the illustrations, then undertook intense research to find the best materials, braille text and other relevant methods available. Initially, she created the entire book manually using thread as the primary material. Whereas the braille story and legends were printed with the help of an old braille typewriter used by the VI community.

While doing her research, Nupur heard a lot of stories and found the one that interested her the most. It was a story of a blind teacher, Mr. Ranchhod Soni. His journey and his life as a whole seemed like a story waiting to be told. She realized much later that there have been many documentaries made on Mr. Soni's inspirational life story that further helped her with the research.

As the character was finalized, she started working on the storytelling and went through the process of capturing the story, rhyming it, reading it, and imagining it from a child’s perspective. This book was named - “Ranchhod Sees the World”, a tactile picture book for the visually impaired children.

Fast forward to 2018: Nupur resumed her research again by visiting blind preschools. This time, thanks to the advancement in technology, she came up with an idea that could completely change the way the VI community perceives information. She started exploring the process of 3D printing and toyed with the possibilities of mass producing a 3D printed or say an embossed version of the illustration book.

Nupur persistently followed through the 3D process with six months of trial and error. Without losing hope, she continued her pursuit of making a 3D printed and embossed version of raised outline illustration picture books for the visually impaired. What kept Nupur determined was the joy which she experienced when the readers interacted with this piece of literature. This would not only provide access to the world that may be largely unknown to them but also to give them a much better understanding of the outer world.

Within a few months of the entire process, she was able to present her first prototype of a 3D printed illustration book to the visually impaired children. And it was a hit! The book received a tremendous response. The children were so fascinated as their fingertips touched and felt the illustrations for the first time. Their faces expressed curiosity, joy, and excitement. It was a moment to savor. The children looked proud when they realized that they understood the shapes of the objects and figures in the illustrations. The illustrations and the story kept each one of them gripped till the end.

Ranchhod Sees the World is the first ever inspirational tactile illustration picture book for the visually impaired community. This book explores many different concepts, methods, and materials in its making. The story revolves around the plot of a curious village boy who is visually impaired since birth, based on a real-life story of Ranchhod Soni, an Indian teacher who in spite of his visual impairment has found his own way of learning new things and discovering the world. This book focuses not only on inspiring and educating children, but is a relevant example for others as it transcends the barrier which sight sometimes raises for the visually impaired community. Thus, it also paves a way to boost their self-confidence and helps in raising awareness about the visually impaired community as an equally abled group rather than disabled or a distinct group. Hence, it acted as an inspiring picture book for one and all.