Which is the Best JavaScript Framework for Web Programming in 2020? 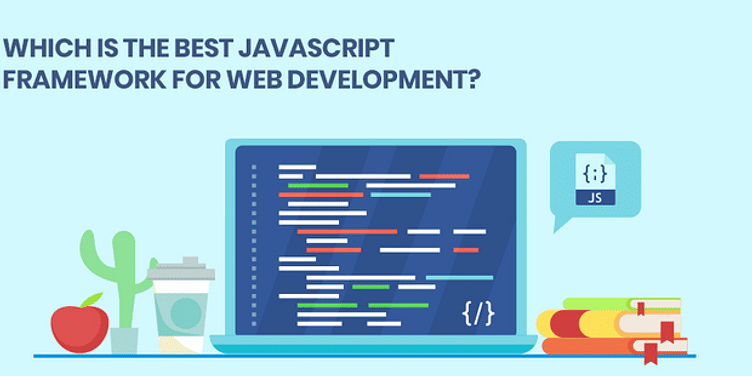 Today each and every company in the market wants to have a website or landing page therefore it would be important to look at the advantages and disadvantages of some of the most popular JavaScript frameworks so that the developers can pick the best among them and build amazing websites using them.

Most of the developers nowadays use JavaScript frameworks while building the frontend of a website as it brings many benefits like efficiency, security and cost saving. There are many JavaScript frameworks available in the market. For the front-end developers it is a challenge to decide any single JavaScript framework especially when a single page application is required. That’s why businesses are always in hunt for best web development companies in India as they are expert in developing amazing websites using best JS frameworks.

To assist developers in making the choice of best JS framework we have come up with a list of top and most popular JavaScript frameworks which are Angular (Angular 2 or later), React and VueJS. You can choose anyone of these and add few libraries and packages as per your requirements to make them complete. React and VueJS are basically collection of libraries but generally called by term framework for the sake of simplicity.

This shows all of these three frameworks are quite popular although React is leading. Actually, React JS is leading in most countries, including US, China, Japan and most other countries while Angular JS is leading in Russia, Taiwan and many other countries. If you talk to any best web development company in India, you will find that it also suggests to use any of these framework for developing best quality websites.

We can also know more about their popularity by looking at the number of stars that their GitHub repositories get.

Let’s now discuss about the pros and cons of these JavaScript frameworks in detail to make your selection process more easier:

Angular is a TypeScript based JavaScript MVVM framework. It was founded in 2009 and is backed by Google which is a huge plus for its users. It is used for developing highly interactive web applications. Angular is used by Google, WhatsApp, Forbes and many other fortune 500 companies. Therefore, since many years it has been one of the most popular framework.

Angular has a strong community around it which provides regular training materials, discussions, and third party tools to support people who are using AngularJS and it also resolves their ongoing issues. This trend continues even today when we now have Angular 2+.

You have to hire best software development company in India if you want to build high quality website based on Angular JS framework.

Although so many people generally call React a framework but actually it is a JavaScript library for building UI components for web applications. React was developed by Facebook and was released in 2013. Facebook uses React in its popular applications like Facebook, Instagram and WhatsApp. The latest stable version of React is 16.x which was released in 2018. Other than Facebook, it is also used by Uber, Netflix, PayPal, Walmart, Twitter, Udemy and many other popular websites.

The technological world highly appreciates the benefits provided by React. That’s why so many of the top web development services in India prefer React JS framework to build incredible websites.

Vue.js is one of the fastest growing JavaScript framework. It is popular because of its ability to build attractive UIs using HTML, CSS and JavaScript. Vue was developed by ex-Google engineer Evan You in 2014. Although Vue doesn’t have any solid backing but still it is becoming popular quite fast. The latest stable version is 2.17 which was released in 2018. Vue is currently being used by Baidu, Alibaba, GitLab and more. Vue describes itself as an intuitive, fast and integrable framework for creating interactive interfaces and most of its developers agree to that.

It is also less traditional and much simpler to learn for new developers as compared to other similar frameworks. Vue.js is being used by Alibaba, Expedia, Nintendo and by so many other enterprise level projects. Vue also has big community and the problems and questions are responded more quickly than in the case with other frameworks like Angular and React.

For example, if you are developing a large application and looking for a stable platform then you can go with Angular, provided you are comfortable using TypeScript. Else you can also use React as it is favorable for large teams and also has a massive ecosystem revolving around it. Finally, if you want to experiment with a new and promising framework then Vue.js is the best pick for you.

Other best option is to find expert developers to do the job. To get the best results, you can select the top web app development company among them based on their expertise, experience, reputation and other benefits they offer to build your website.