These 5 Made-in-India food brands are eating into a market dominated by Lay’s, Cadbury, and others 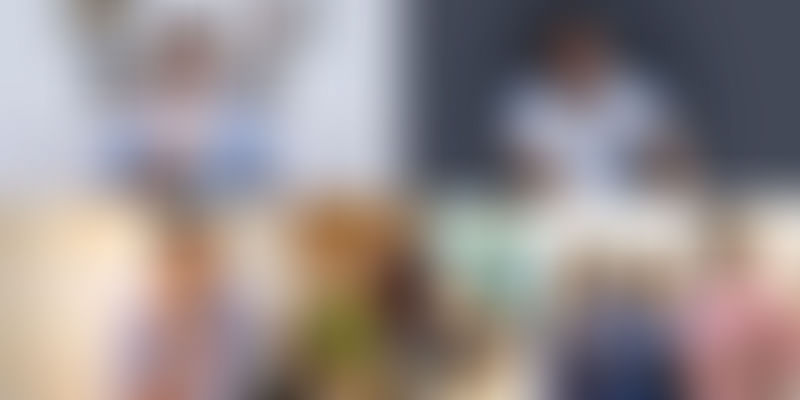 As the clamour around Vocal for Local grows, SMBStory lists five Indian brands that are giving international brands like Lay’s, Cadbury, Nestle, and Magnum a run for their money.

Salt cravings in the evening typically lead you to a packet of Lay’s chips and it’s customary to break open a packet of Cadbury Dairy Milk when the sweet tooth demands “kuch meetha ho jaye”. And on sweltering days, you need a Magnum ice cream or a creamy Nescafe cold coffee.

However, what is common between Lays, Cadbury, Nescafe and Magnum? It is the fact none of them are Indian and yet dominate the Indian market in their respective domains.

With the voice around ‘Vocal for Local’ growing stronger day by day, SMBStory lists five Indian brands that are set to give these international players a run for their money.

Doughnuts are the one major disruptor that forced India’s bakery industry to innovate. Delhi-based Mad Over Donuts (MOD) was launched in 2008 and US favourite Dunkin' Donuts came to India in 2012. Since then, Dunkin' Donuts has taken a backseat as home-grown doughnut brands vie to grab a slice of the pie.

Chandigarh-based Super Donuts is one such brand. Founded in 2012 by a then 20-something Ketan Kalra, the brand has been steadily and consistently growing.

Super Donuts offers 40 flavours, including the Gulab Jamun and the Kaju Katli variants (introduced during Diwali). Other varieties include Oreo Dust, Cookie Dough Monster, Billion Dollar Ferrero, and many more. The doughnuts are priced between Rs 90 and Rs 130.

Mad Over Donuts continues to dominate the market with 58 brands in four cities, while the presence of Dunkin Donuts has progressively shrunk, especially over the last two years.

But, over the years, Super Donuts has taken a slow and steady approach to establish a name for itself. It has 15 stores, including one set for launch in Delhi. The brand, which is present on foodtech platforms like ﻿Zomato﻿ and ﻿Swiggy﻿, also planning to open stores in Gujarat and Patiala.

In India, I scream, you scream, we all scream for ice cream! In a market where people love consuming ice creams from international brands such as Baskin Robbins, Haagen Dazs, and Nestle, the story of Naturals Ice Cream is definitely one to look at.

Naturals Ice Cream was founded in 1984 by Raghunandan Kamath. The 36-year-old company has endured many changes to build a brand with 129 outlets across India.

The company, which started with an investment of Rs 2 lakh, today clocks a turnover of Rs 165 crore annually. Known for its cafe-like ice cream parlours, Naturals has a presence in all major cities of India, including Mumbai, Bengaluru, Hyderabad, and Delhi. The brand specialises in fruit-based ice creams, with flavours such as mango, tender coconut, chikoo, roasted almonds, and malai khurma.

Ice creams are sweet treats that are often considered unhealthy. But Get-A-Whey is an emerging brand that holds the potential to disrupt the Indian ice cream market with health on its agenda.

Get-A-Whey is a premium brand that focuses on manufacturing and selling protein-rich ice creams. It is co-owned by siblings Jash and Pashmi Shah.

It all began when Jash and Pashmi asked their mother — Jimmy Shah — for a healthy way to satiate their sweet cravings. Their mother mixed some whey protein in ice cream, and Get-A-Whey was born.

Jash says people have a problem consuming whey protein in their daily diet because of its taste, but don’t mind consuming it with ice cream. “We are focused on making ice creams that are rich in protein.”

The siblings say the Indian consumer market is such that people demand instant gratification for the taste buds when it comes to food and beverages. To achieve the twin goals of making the ice creams healthy and delicious, the founders decided to source all ingredients locally.

“Our milk is sourced from organic dairy farms across Maharashtra. We don’t use any sugar or refined ingredients. We also put raw whey protein while making the ice creams.” The company also claims to use Erythritol, an organic sweetener, instead of sugar.

The brand is present in Mumbai and Pune at present, and the siblings plan to make inroads in other cities post-COVID-19.

Mumbai-based Snack Amor sells itself as a brand that lies “on the intersection of taste, affordability, and health”.

It was founded in 2017 by Deepak Grover, who has over 15 years of experience in the food industry, having worked with brands such as US-based Univar and The Netherlands-based Caldic.

During his stint at a food ingredient company in Europe, Deepak made a realisation about the snacking industry in India – then dominated by Lay’s, Britannia, and others. He realised that those companies managed to hold on to their customer base because of their affordability, but at the cost of health and nutrition.

Snack Amor goes back to the roots of Indian cooking, and looks for ways to make snacking healthier using ingredients easily found in an Indian kitchen. The company focuses on protein balance and gut health.

“We play around with superfoods such as seeds, turmeric, millets, and almonds, among others," Deepak says.

Snack Amor currently has 12 varieties of snacks, from Chatpata Supergrain Mix to Crispy Oats Tomatina, and plans to add 18 more variants by the end of the year.

﻿Cocoatrait﻿ was founded in October 2019 by L Nitin Chordia, a Chennai-based chocolatier.

In 2014, Nitin decided to quit his corporate job and explore the chocolate business. He went backpacking for 20 days to Belgium, known as the “chocolate mecca” of the world. However, he realised that there was "nothing special" about Belgian chocolates and that India had enormous potential.

After acquiring knowledge, the next step was to set up operations. He began setting up small equipment in a room given to him by his father, who ran an automobile business. Some equipment was bought; the other was developed by Nitin himself. The idea was to manufacture chocolates at a small scale. When the small manufacturing unit was in place, Nitin started making chocolates, a tedious process that spans almost 36 hours.

The brand offers 12 varieties of chocolates. Nitin and his wife, Poonam Chordia, have also founded Cocoashala, an academy that imparts training in making chocolates.