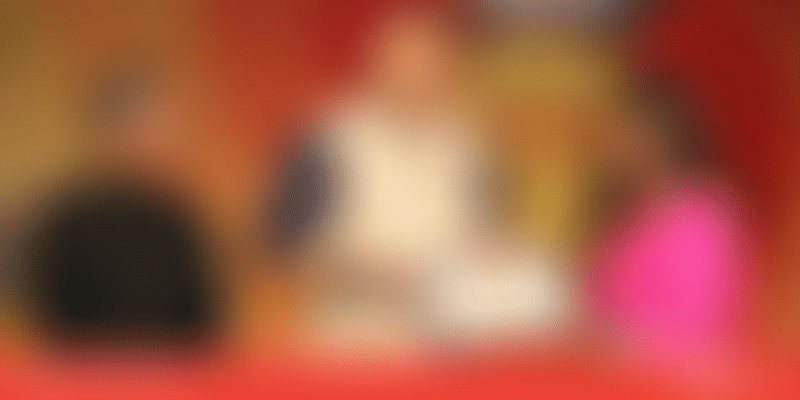 Mangalore (Mangaluru), the gateway of Karnataka, is famous for its unique brand of coastal cuisine. Seafood dishes, kori roti, neer dosa, Mangalore buns, and Mangalore bajjis are some of the city’s must-try foods.

While these traditional dishes remain popular, there is a large segment of customers with rapidly changing tastes -the millennials.

Heavily influenced by Western cuisines, millennials are creating big demand for burgers, pastas, pizzas, and cakes. When 48-year-old Mariam Mohuideen observed this trend in Mangalore, she felt it was the right time to tap into her baking skills to start her own business.

“I moved back to my hometown Mangalore from Dubai after working there in administration for several years. When I saw there wasn’t much opportunity for me here, I decided to leverage my baking skills to start a cafe,” she says.

In December 2014, she started Baker’s Treat -a bakery that sold home-baked goods. “It was a small, 200 square feet space from where we made and sold baked goods,” Mariam tells SMBStory.

She adds, “Things took off beautifully and everything fell in the right place at the right time, and in three years, we were on the verge of becoming a full-fledged cafe.”

In 2017, Mariam invested almost Rs 20 lakh and turned Baker’s Treat into a restaurant for cakes, cupcakes, burgers, pastas, and shakes aimed at Mangalore's evolving taste buds. It was funded in part by her savings and through family investment.

“Our Oreo Nutella cheesecake, Oreo fudge brownie and range of cupcakes are the most popular foods. The restaurant is always full,” she beams.

“I have taken in women who were unemployed and unskilled, and they are part of my team. I taught them the craft of baking, and some of them have become independent earners in their family,” Mariam says.

To achieve a product-market fit, Baker’s Treat employs a combination of word-of-mouth and digital marketing. However, Mariam’s approach is unique because she doesn’t do much active promotions herself, apart from posting updates and pictures on social media pages for Baker’s Treat.

“Social media platforms have helped in attracting the youth of Mangalore, who post their experiences online. This, in turn, attracts more people,” she says, adding, “Apart from this, word-of-mouth is powerful for us. The food as well as the trendy, appealing interiors and comforting ambience of Baker’s Treat has always been a crowd puller.”

Since Baker’s Treat inception, Mariam has won recognition from the local community. In 2019, Baker’s Treat was awarded the YourStory Brands of India award for Best Micro Enterprise in the Restaurant category. Further, Mariam won a Yenfame women entrepreneur award in the same year. In 2017, Baker’s Treat had also bagged the Power Business Excellence ‘best startup’ award.

With Mariam at the helm, Baker’s Treat has reached an almost cult-like status in the Mangalore market. Mariam claims that apart from customers from upbeat localities, there are regular orders placed from different towns near the city.

“There are days when people from abroad, like from the US and Dubai, show up with orders for their favourite cakes. I feel this is because we have stayed with the changing trends and come up with unique ideas, such as customised cakes,” she says.

The customised cakes, which Baker’s Treat makes for all sorts of occasions, are a big hit among customers, she adds.

“The cakes cost around Rs 1,000 per kg, but what sets them apart is the degree of customisation we offer. We go completely by what the customer wants, and execute the same,” she says.

“The honesty and justice done to any food produced from the Baker’s Treat kitchen has gained the business a lot of credibility. That itself is a big impact on customers and society,” she says.

Being a self-taught baker, Mariam has always faced questions and criticisms regarding her qualifications to be a baker. She believes people don’t often applaud each other for their self-made achievements.

“People demand certificates to decide the credibility and qualification of an individual. But I feel my growth as an entrepreneur disregards the existing paradigms. However, there continue to be challenges such as growing in the market and scaling the labour force,” she says.

Mariam feels Mangalore is generally not used to new things, despite millennials. For her, scaling up to reach more customers feel like a risk, and she prefers taking it slow.

“At the moment, I don’t want to do too many things. Outsiders to Mangalore have taken to Baker’s Treat faster, so I don’t wish to expand right away,” she says.

Expansion is still on the cards, at a later stage albeit, and Mariam is targeting the nearby town of Manipal. For her, venturing into a metro like Bengaluru is not a priority.

“Having Baker’s Treat cafes in multiple cities is a far away dream. I am currently focussing on the operations here. We have to keep investing in new equipment and varieties of food. I am happy with this for now,” she says.

Her business mantra is to take one thing at a time, be organised, and perform well. “Accept the challenges, as everyday is new. Be open to the daily experiences and consider them as lessons for life,” she says.