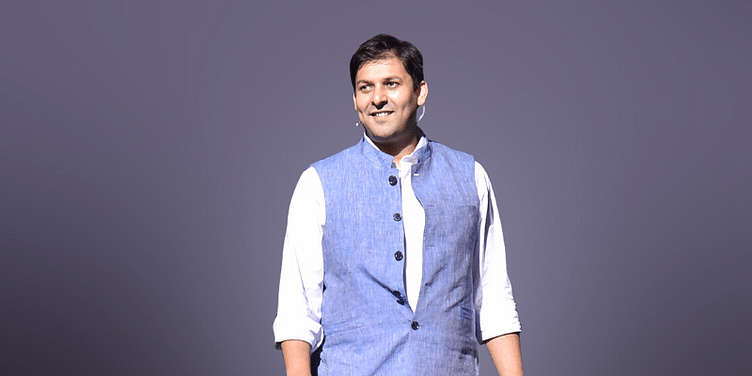 In the early 90s, a young Rohan Verma played around with his parents’ computers and the digital maps they worked on. Rohan’s parents Rakesh Verma and Rashmi Verma founders of digital map database business CE Infosystems, had quit their US jobs and moved to New Delhi to start the company.

When CE Infosystems was started in 1995, India did not have a map-reading culture like the US. But Rakesh and Rashmi believed the digital maps market in India would boom and 80 percent of all data would have a location component.

Rohan’s parents started the company with Rs 50 lakh they saved while working US jobs at General Motors and IBM.

“My father and mother had seen maps were beneficial to business and government organisations in the US. Not only did people in the US use digital maps, but also used print maps to take on road trips. So, they wanted to bring this kind of technological progress to India” says Rohan, an electrical engineer who joined his parents’ business in 2004 and worked his way up to CEO and executive director.

In a significant milestone for the company, CE Infosystems came to be known as MapmyIndia, named after an interactive maps portal Rakesh developed to make the digital map database accessible to a consumer market.

His parent’s gamble and the move to put the maps online paid off. Over the years, the market for digital maps exploded in India as the country saw a major shift in adopting connected devices and the internet.

Businesses involved in ecommerce and hyperlocal delivery to logistics and supply chain management started using digital maps and built them into their products and services.

It sold its solutions to customers in industries such as automobile, ecommerce, banking and insurance, spacetech, and more.

The demand for digital maps continues to swell and the global market is expected to grow at a CAGR of 15 percent from 2019 to 2024. Further, the Asia-Pacific market is the fastest growing, according to a Mordor Intelligence report.

In 2017, Rohan claimed MapmyIndia was recording annual revenues of Rs 200 crore and aimed to reach Rs 1,000 crore in five years. He doesn’t disclose the company’s current financials, but says it is profitable and growing.

“We are a deep tech company and have around 1,000 employees. Out of this, 900 are data scientists and engineers, and 100 are in sales, marketing, and other roles,” he says.

Digital map data is any information that contains location data. Rohan explains, “It could be data such as addresses of houses, businesses or roads. Digital map data has coordinates of longitude and latitude. The data comes from a real-world graph of 3D models of buildings, roads, and objects.”

The graph is based on a 360-degree and live digital model of a certain area.

“Building such models is complex, right from data collection, creation, processing and publishing to analytics and APIs. But we do it so that hundreds of applications for hyperlocal delivery, shared mobility, real estate, etc can be built on top of the digital map twin. Almost all such apps use maps either in the front end or at the backend,” he says.

Rohan’s industry expertise with digital map data can be traced back to when he was just 19. The electrical engineering graduate from Stanford University built the MapmyIndia portal for his parents’ company.

“My father asked me to help build a map portal, and the technological challenge excited me because it was still rudimentary and not well-known,” he says.

At first, the company was enabling large companies to digitise and computerise their operations with the help of map data. Before Rohan joined the business, his parents were working with clients such as Tata Steel and Coca Cola which wanted to understand coverage gaps and network distributors in India.

So far, the company has invested Rs 1,000 crore into building its technologies and assets. Between 2006 and 2015, it raised venture capital funding from Lightbox Ventures, Nexus Venture Partners, Qualcomm Ventures and Zenrin. In 2015, Flipkart acquired a minority stake of the company for Rs 1,600 crore.

Only a few companies understood the potential of digital map data. A constant challenge for MapmyIndia has been the lack of awareness of the wide range of use cases for digital maps in building applications.

“This still persists, and people don’t typically realise there are thousands of apps using digital maps and that maps are a deep technology. Maps are often thought of trivially,” Rohan says.

Mapping addresses in India, a country he describes as federal, fragment, hyperlocal and diverse, is complex. “However, since we were at it for a long time and appreciate the complexity, we were able to build a platform that is powerful and flexible,” he says.

When Google Maps entered the picture, MapmyIndia found its GPS devices and consumer offerings were being impacted. The Google Maps app came preloaded in Android phones, and consumers wouldn’t think twice of searching for an alternative.

“Not everyone could afford to pay and buy separate GPS devices, and Google Maps came free and preloaded in smartphones. In this consumer market, it became a David vs Goliath situation for us,” Rohan says.

Further, the SEO of the MapmyIndia portal was also dependent on Google. Rohan says it was a tough time, but the company continued to invest in its consumer offerings and build what it says is the better product.

MapmyIndia’s free platform for developers is another offering Rohan says sets them apart. “Both small and large developers love our API platform. They find out that our maps are free and they come to us. Google’s prices have gone up and they are expensive,” he says.

In the near future, he expects MapmyIndia to continue investing in and supporting developers through this free platform. The company is also actively looking to bolster its tech talent by hiring more people.

With its AI-powered match-making, Chennai based Sulekha connects 20 million users with expert service providers every year