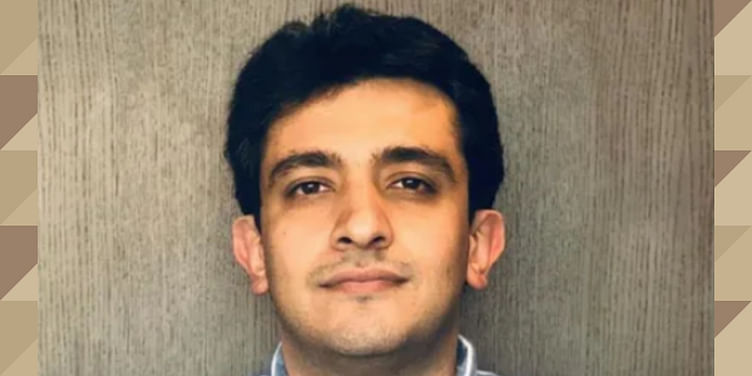 The Ayurveda Experience was started in 2014 by Rishabh Chopra. The company offers educational courses, along with Ayurveda products across 23 countries.

By 2010, Rishabh Chopra – former Country Head (India), and a member of the global leadership team at the international not-for-profit organisation, AIESEC – had travelled to about 26 countries. During his travels, he realised that Indian ideas and philosophies were keenly looked upon and consumed in the international market.

Rishabh, who used to market and sell courses on Indian and Eastern philosophies in the US, realised that there was a demand in the foreign market for resources and education about Ayurveda. Becoming an entrepreneur was always on his mind, and seeing the gap in the international market, which did not have major Ayurveda players, made him ponder deeper.

I asked myself, “If Yoga could become so big, then why not Ayurveda?”

In 2014, Rishabh launched The Ayurveda Experience as a content platform, and in 2017, he ventured into the manufacturing and selling of Ayurveda products.

The Gurugram-based company was incubated by the Indian School of Business between 2011-2012. Initially, it raised money from angel investors between 2012-2014. Later, it raised Rs 4 crore in 2016 through a syndicate led by Mohit Satyanand through funds like LetsVenture. In fact, in 2018, it received funding worth Rs 25 crore from Fireside Ventures and Rs 10 crore from the private equity arm of Centrum Group.

Rishabh says he was clear from the beginning that the company was going to be a global digital business based out of India.

He says that the American and European markets, where Ayurveda had started gaining traction, were not easy markets to penetrate in the initial years. Rishabh explains,

“Ayurveda was not something that you could get by searching on Amazon. Hence, you really have to penetrate into the market, create awareness, and understand the pulse of the customers to create content for them.”

The company offers several courses on its platform, which educate the audience about various streams of Ayurveda and other topics such as weight loss, auto-immune diseases, overcoming thyroid, anti-ageing and much more.

From 2017 onwards, the brand decided to become a full-fledged Ayurveda offering by manufacturing and selling products, which are also available on its website. Though he doesn’t specify the locations, Rishabh says that the products are contractually manufactured in India.

The Ayurveda Experience offers a host of products for the face, body and hair, including lip balms, oils, cleansers, serums, toners, etc. They are priced between $4 and $80.

The Ayurveda Experience is entirely a D2C brand, and is not listed on any ecommerce platforms.

Today, the company has carved a niche for itself in the international market. It has served 400,000 customers to date in 23 countries, including the US, Canada, Australia, New Zealand, and a few other European countries.

Rishabh also adds that ﻿The Ayurveda Experience﻿ had to take due care to ensure that the products sold by the company meet the compliance requirements of different countries.

He says, “The formulations are based on traditional Ayurvedic recipes and are specially designed to meet regulatory as well as the convenience requirements of the modern western/global consumer, without compromising on the quality of ingredients or the authenticity of the preparation method.”

How this NGO-turned-ecommerce business grew from 2,300 to 24,000 artisans during the pandemic

Until a few months ago, The Ayurveda Experience was entirely focused on serving the foreign markets. But in May 2021, it made its debut in the Indian market with its educational courses, and plans to bring its products to Indian customers in the next 75-90 days.

While making a place in the foreign markets might have been easier for the brand, it will have to come up with unique strategies to serve the Indian market which is not as underserved as the former. According to a report by IMARC Group, the market size of India’s Ayurvedic products is expected to grow at a CAGR of 15 percent between 2021 and 2026.

Rishabh says that it is planning to target two kinds of groups in India – those who want to be educated and those who have some knowledge about this stream and want good products.

“In the Indian market, there is the challenge of instant gratification, but our aim is to provide products that must do you good,” he adds.

In 2020, the COVID-19 pandemic brought everything to a standstill, but Rishabh is of the view that “it was a favourable time for digital brands.” He says that because of the slowdown in the market and disruption in supply chains, some orders were cancelled, but “nothing that was detrimental to the business.”

The company clocked Rs 100 crore in revenue in FY21 despite the pandemic.

Going forward, the company’s long-term strategy is to become a global D2C FMCG company and aims to reach a gross revenue of Rs 500 crore by 2024. The company is also planning to go offline especially in the US, Canada and Australia through third-party stores.