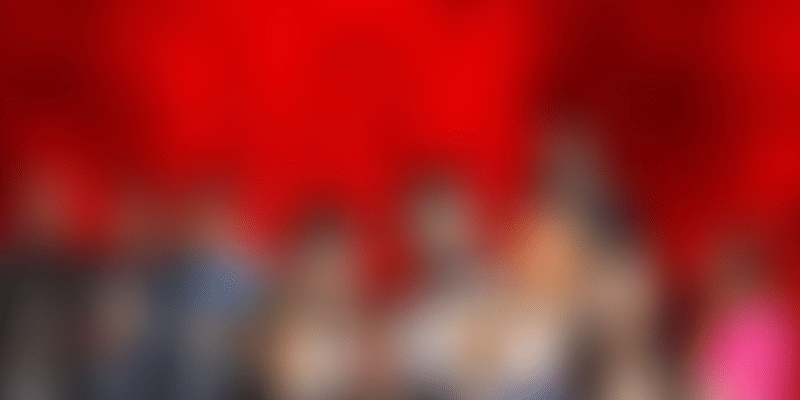 India features many success stories of businesses that started with minimal workspace and went on to become large brands. Here are 10 such inspiring stories.

We often read about or hear of how Apple, Dell, HP, and other Silicon Valley success stories started from a garage or a small workshop. The founders of these companies could not afford to start from a large workspace right off the bat. Over time, they built the companies into corporate behemoths with sprawling offices.

Although there is a difference in scale, stories of Indian entrepreneurship are similar; the country has its fair share of successful businesses that were started in small shops or tiny workspaces.

Here are 10 such stories of Indian small and medium businesses that had humble beginnings:

When brothers Rajat Jain, 34, and Mohit Jain, 31, launched Kimirica in 2013, they were working out of a small, 100sqft room. The duo also had bad debts, and faced a huge cash crunch.

But they had seen that more than 70 percent of amenity products and toiletries for international hotel brands were imported. And they were convinced by their idea that they could manufacture these products locally and sell them to hotels.

One day, they heard that a small businessman from Kolar was selling his small shop at a meagre amount, and inspiration struck.

With the help of close friends and family, Saifulla managed to collect the amount to make the initial deposit to rent out the shop. In the process, he had to stop Umar’s education when the boy was in Class XI, and send him to take care of the shop in Kolar.

Umar took the challenge upon himself, and after a brief stint in the US, came back to India and led Koskii to Rs 35 crore revenue. Today, it sells lehengas (which is its main range), sarees, dresses, gowns, fabrics, and more.

Back in 2001, when Ashok Rajpal, 39, had been in the textile business for 11 years, he decided to venture into the peripheral mobile devices industry, though he had no knowledge of it.

Putting his head and fortunes together with his brother, who had a small peripheral devices shop in Nehru Place, New Delhi, Ashok began his journey as a retailer of mobile accessories.

Their business was named Ambrane, and they started selling powerbanks through various ecommerce portals, including Snapdeal, Flipkart, and ShopClues. The reception for the products exceeded all the expectations of the founders.

Within three to four days, Ambrane’s powerbanks were sold out, leaving the entrepreneurs amazed. From that point, there was no looking back. Ashok grew Ambrane into a Rs 103 crore turnover mobile accessories brand that has 10 million customers in the powerbank category alone.

Chinu Kala was 15 years old when she fled her home in Mumbai due to issues in the family. The young girl was then staring at a bleak and uncertain future. Despite the Indian jewellery market being vast, Chinu felt that there were no unique designs to meet the demands of the consumers.

Rubans Accessories was started with a bootstrapped capital of Rs 3 lakh in a 70sqft kiosk in Phoenix Mall, Bengaluru. In a span of five years, she grew the business into a Rs 7.5 crore brand.

The brand has its manufacturing unit in Mumbai and deals in costume and silver jewellery with SKUs ranging from bracelets, earrings, necklace, matha patti, maang tikka, rings, and more.

In the late 80s, entrepreneur Zaheer Gabajiwala was running a toy workshop in a small, abandoned lift shaft. He did not have enough money to rent a regular working space in the building.

For raw materials, he had to convince people to sell him on credit. It was certainly a bleak situation, but Gabajiwala didn't give up.

“My father Zaheer faced a difficult situation after the sudden demise of his father. He was forced to quit college and join his brother and run the family business. His first workshop, with his brother, was in a small 25 square feet space in Byculla, Mumbai,” his son, Moiz, says.

Bearing down on his struggles with hard work, sweat and tears, Zaheer slowly built his workshop into a Rs 15-crore business employing 100 people, now known as Zephyr Toymakers. It is currently one of India’s largest indigenous toy manufacturing companies and makes well-known toy brands Mechanix and Blix.

Kanpur-based Keshav Nath Kapoor had a dream to shine in the city’s jewellery market, which, at that time, had only two other jewellery brands — Bhagatram Jai Narayan Jewels and PP Society.

He didn't have any funds to start a business, so he forged ahead by melting his wife’s 200gm of jewellery and initiated his entrepreneurial journey with Kashi Jewellers.

Shreyansh Kapoor, a third-generation entrepreneur, says, “My grandfather first set up a small shop in Nachghar, Kanpur (on now-Birhana Road) and became among the first three manufacturers and retailers of jewellery. Rather, he was one of the first to abandon the traditional floor-seated jewellery-selling model and brought in over-the-counter sales.”

Over the years, the family business grew and opened one flagship store spread across 11,000 sqft and four factories that cater to the wide wholesale network. The company is seeing a growth of 30 percent year-on-year.

Kamal Khushlani always had a keen interest in the fashion retail business. However, hailing from a middle-class background, and losing his father at the age of 19, he didn’t have the money to capitalise on his vision of starting a brand that offered progressive fashion for Indian men.

To finally start building on his dream, he borrowed Rs 10,000 from a maternal aunt and plunged into his entrepreneurial journey. He started by launching the ‘Mr & Mr’ shirt company in 1992, manufacturing and retailing shirts for men out of a small workshop.

He started Mufti in 1998, when he used to carry kilos of fabric on his bike and drop it off at the workshop and then come back to collect the finished products for sale. For years, he did it all by himself, recycling the money he earned from his business.

And then, in the 2000s, Mufti gained prominence, expanding from exclusive brand outlets to multi-brand outlets and large-format stores. Today, the company has over 600 employees on its direct payroll, indirectly employs over 2,000 people, and clocked a turnover of Rs 395 crore last year.

When 48-year-old Mariam Mohuideen observed the demand for Western cuisine in Mangaluru, she felt it was the right time to tap into her baking skills to start her own business.

In December 2014, she started Baker’s Treat, a 200sqft bakery that sold home-baked goods. She says, “Things took off beautifully and everything fell in the right place at the right time, and in three years, we were on the verge of becoming a full-fledged cafe.”

In 2017, Mariam invested almost Rs 20 lakh and turned Baker’s Treat into a restaurant for cakes, cupcakes, burgers, pastas, and shakes aimed at Mangaluru’s evolving taste buds. It was funded in part by her savings and through family investment.

In 2009, the then 18-year-old entrepreneur Puneet Kansal started Rolls Mania, his kathi roll business, with a meagre Rs 20,000. He was running a table-sized kiosk outside a restaurant at Magarpatta city, and had just one chef.

Right from sourcing, and accounts to delivery, he did it all. he was even asked to vacate the kiosk, so he decided to set up an outlet in the same building.

Now 28, Puneet recalls, “Initially, I had just one kiosk, and I was getting an increasing number of customers each day. During this period, I found friends and partners in my regular patrons, Gagan Sial and Sukhpreet Sial, who had already set their foot in the restaurant industry. Together, we formed Rolls Mania as a registered company, and opened the second outlet in 2010.”

The trio worked well together and grew the brand from strength to strength, transforming it into a Rs 35-crore business with 102 outlets spread across over 30 cities through the franchise model, and selling around 12,000 rolls each day.

In 2015, two friends started working out of a small basement in a house in Bengaluru. The basement had a few laptops, chairs, a table, and a mosquito bat.

“Lanwin Pais and I started as event enthusiasts during college -planning and organising experiences for F&B clients. We decided to leverage our network of reliable contacts within the F&B industry and start a business. The basement of my house would become our first office,” says Mayur Tekwani.

Mayur and Lanwin worked full-time jobs at a family textile business and Amazon, respectively, and took the decision to quit so they could start a business.

Mayur co-founded Think Tree Media when he was 22 -around the same age as Lanwin. In four years, the founders grew the business into a team of 27 and moved into a 5,000sqft office in Benson Town. “We landed over 50 clients across India. Since 2015, we have made over Rs 10 crore on the whole. In 2019-20, we are on track to make Rs 3 crore revenue,” Mayur says.