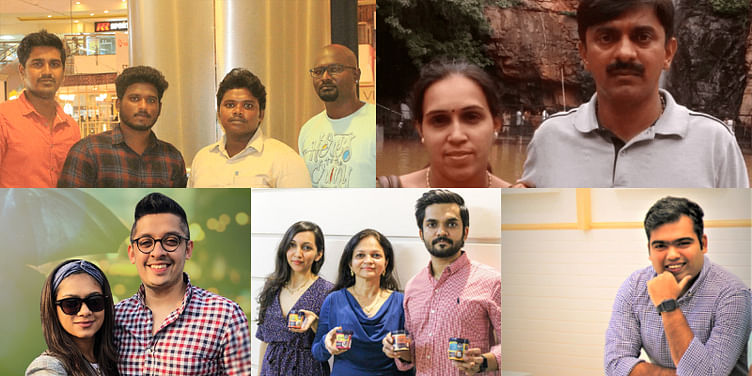 Over the last few years, India has seen the emergence of many new ice cream brands, some catering to very niche categories. SMBStory curates a list of five Indian ice cream brands that have found acceptance amidst a crowded market.

India may love its mithai, but that doesn’t mean it doesn’t love other desserts like ice cream.

Other forecasts are in line.

Led by India and Thailand, Asia-Pacific is forecasted to see an increase of CAGR of 4.1 percent by 2022, with the Indian market “likely to register the overall value growth of over 50 percent from 2019 to 2022”.

For many years, the Indian ice cream industry was largely dominated by Vadilal and Amul. When India opened up to the world, foreign players like Baskin Robbins, Nestle, and Haagen Dazs came in, making the market more competitive and crowded.

Over the last few years, India has seen some new brands emerging, some of which cater to very niche categories. SMBStory curates a list of such five Indian ice cream brands that found acceptance amidst competition from giants.

Raghunandan Kamath, the Founder of Naturals Ice Cream, hails from Mangaluru. The son of a fruit vendor, Raghunandan learnt to identify good fruits early on. Soon after, his eldest brother came to Mumbai to make it big. He launched a cafe in Santa Cruz, and put Raghunandan in charge of the ice cream counter.

Raghunandan soon realised that ice cream was a rare and exotic dessert that caught the fancy of the working class, and was a symbol of elitism. In 1983, after getting married, he decided to start something of his own, and launched Naturals Ice Cream in 1984.

Mumbai-based Naturals Ice Cream, was started with an investment of Rs 2 lakh. It now clocks a turnover of Rs 165 crore. Known for its cafe-like ice cream parlours, Naturals has 129 outlets in all major cities of India, including Mumbai, Bengaluru, Hyderabad, and Delhi.

The brand specialises in ice creams that are made of fruits. Some of its popular flavours are mango, tender coconut, chikoo, roasted almonds, and malai khurma.

Today, Raghunandan’s sons, Srinivas Kamath and Siddhant Kamath, are helping him run the business across India.

Get-A-Whey is a premium brand that focuses on manufacturing and selling protein ice creams. It is co-owned by siblings Jash and Pashmi Shah. Available in Mumbai and Pune at present, the brand plans to make inroads into other cities after COVID-19.

Pashmi tells SMBStory that Jash, who is extremely fond of proteins, would buy different kinds of proteins whenever they went abroad. “He wanted to collect the best proteins from different countries.”

So when Jash and Pashmi asked from their mother, Jimmy Shah, for a healthy way of satiating their cravings, their mother put together whey protein ice cream. And that is how the idea of Get-A-Whey ice creams was born. Soon, this home recipe became a business opportunity that saw many takers. With a basic logo, an initial investment of Rs 10 lakh from family members, and a team size of three, the brand was launched in 2018 in Mumbai.

The brand sold over 50,000 units across channels last year, and is projecting to hit revenues of Rs 2.5 crore this year.

While working in New York in 2009 in his uncle’s diamond business, Founder Varun Sheth realised he genuinely enjoyed cooking. Eventually, he pursued a degree in culinary arts from Natural Gourmet Institute, New York, and worked in a Mario Batali restaurant before returning to India. He worked at the Taj Hotel in Mumbai for some time, after which he launched a catering business.

In 2018, Varun faced some health conditions, which compelled him to start his weight loss journey. However, he realised that he was not able to compromise on sweets.

Varun saw this as a business opportunity and decided to venture into the healthy dessert category. This led to the birth of ﻿NOTO﻿, a low-calorie ice cream brand, in May 2019.

The USP of NOTO lies in its calorie content. All options offered by the brand are under 100 calories as compared to the normal ice cream, which contains between 140 and 200 calories in a 125 ml cup.

It has sold over 1.5 lakh units of ice cream and claims to be serving around 50,000 customers annually across Mumbai.

Unhappy with her low-paying job, 35-year old Mamata Hegde decided to quit her teaching profession. Mamata, who hails from Karnataka, says she had spent nearly two-and-a-half years teaching at an NGO.

Looking for a better opportunity, Mamata started searching for a job. But, even after trying for four to five years, she could not find one. She says, “Those were the most trying times of my life. But my husband supported me.”

While Mamata kept looking for a job, not losing hope, her husband, who is a lawyer, advised her to enroll in a training programme by the Ministry of MSME to learn the know-how of starting a business. Mamata says she underwent the training programme.

With financial aid from her husband and a loan of Rs 2 lakh through the Mudra Scheme, she started Shree Nandan Creme Glacee, an ice cream parlour, in Bengaluru in 2016, with an investment of Rs 10 lakh.

In her first year of operations, Mamata says she retailed other ice cream brands and also sold flavoured milk. The following year, she started making her own ice cream. She proudly says that she now sells customised sundaes in a number of varieties.

According to Mamata, she is able to attract a daily footfall of around 200 people due to the reasonable pricing of her sundaes. She has a team of three people and the company is seeing an annual turnover of Rs 10-12 lakh.

Kulfi, similar to ice cream, is a well-known frozen Indian dessert. Sometimes, the two are considered to belong to a different category mainly because the former is whipped and the latter is not, making it more dense. However, kulfis have been an integral part of the Indian dessert market.

In 2017, four friends from Chennai wanted to launch a business together and become entrepreneurs. But they didn’t know which industry to venture into. Naveen Kumar, Karthick Sukumaaran, Karthikeyan E, and Mitlesh Kumar, all 25 years old, did their engineering together and were working in different sectors.

As they brainstormed, they noticed kulfis were becoming popular in the city.

“People in Chennai loved kulfi and it wasn’t selling only because of the hot climate. We saw customers go out to eat kulfi even at nights and on rainy days. It sold well anytime and anywhere in Chennai,” Naveen says. They also saw new kulfi outlets cropping up in the city to meet the demand.

The friends approached the MSME department for advice, where the assistant director for a local branch showed them the various government opportunities and schemes available for upcoming entrepreneurs.

“With this information, we each contributed Rs 10,000, and took up a small, 80 square feet space for manufacturing. Armed with technical know-how, we began making kulfi and selling it in public spaces such as parks and beaches,” Naveen says. The company, registered as Green Castle Food and Beverages, started selling under the brand Boozo Kulfi. The kulfis were a big hit. In just one year, the engineers sold kulfi worth Rs 24 lakh.