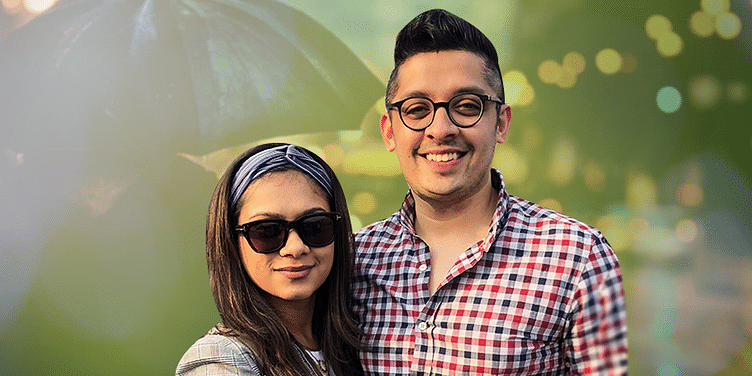 Mumbai-based NOTO ice cream was started by Varun Sheth and Ashni Sheth in 2019. The brand offers eight flavours under-100 calories and claims to have sold over 1.5 lakh units of ice cream.

Indians are well known for their sweet-tooth. Every region of this country has its own signature sweet dish. In fact, to further satisfy their sweet craving, many ice creams brands (both international and homegrown) started their offerings.

According to research platform Markets Research, the Indian ice cream market is projected to reach about $3.4 billion revenue in 2021. While the love for ice creams will never fade away, many health-conscious brands are increasing in a sector that is dominated by many national and international players. One such brand is the ﻿NOTO﻿ ice cream.

While working in New York in 2009 in his uncle’s diamond business, Founder Varun Sheth realised he genuinely enjoyed cooking. Eventually, he pursued a degree in culinary arts from Natural Gourmet Institute, New York and worked in a Mario Batali restaurant before returning to India. He worked at the Taj Hotel in Mumbai for some time, after which he launched a catering business that stopped after a while.

Being a pizza-lover, Varun wanted to pursue his love for the Italian delicacy and visited Italy in 2015 to take a pizza-making course. Upon his return, he launched a pizza shop in Mumbai called Pizza Kitchen.

Soon after, in 2018, Varun faced some health conditions which compelled him to start his weight loss journey. However, he realised that he was not able to compromise on sweets. Meanwhile, scaling the pizza business, too, was becoming increasingly difficult.

Varun saw this as a business opportunity and decided to venture into the dessert category, albeit making it a healthy one.

This led to the birth of NOTO, a low-calorie ice cream brand, in May 2019. The USP of NOTO lies in its calorie content. All options offered by the brand are under 100 calories as compared to the normal ice cream, which contains between 140 and 200 calories.

The concept of low-calorie ice cream is derived from the western world and is gradually picking steam in India. The Los Angeles-based Halo Top is one such ice cream brand that has around 25 flavours, having a minimum of 70 calories each. Other US-based brands such as Wink Frozen Desserts, Skinny Cow, and Yasso also fall in the low-calories ice cream category.

In fact, in India, NOTO ice cream competes with Mumbai-based Get-A-Whey, a healthy ice cream brand that uses whey protein in its products.

NOTO ice cream was started by Varun, and his wife Ashni, who has a fashion background. Ashni handles the marketing and public relations verticals of the company, while Varun looks after the operations.

In the beginning, it was challenging for the company to customise each product according to the Indian audience.

“India is a taste sensitive country. If the product doesn’t taste good, people won’t buy it,” he says.

Varun worked with a consultant from the UK to make the products better suited to the Indian palate. The company also outsourced its manufacturing services to units in and around Mumbai.

At first, the ice cream was developed in common flavours such as Vanilla, Strawberry, Chocolate, and Mango. Eventually, Varun introduced flavours that had an exotic touch like Pink Guava, Dark Chocolate, Orange and Almond, and more. Currently, NOTO ice cream boasts of eight flavours.

While many health-conscious ice cream brands do away with sugar or its substitutes, Varun claims that NOTO ice cream still retains a little amount of sugar to not compromise on the taste.

Last month, the ice cream brand raised an undisclosed amount in a pre-seed round led by WEH ventures, along with Lead Angels. It has sold over 1.5 lakh units of ice cream and claims to be serving around 50,000 customers annually.

One of the arduous challenges the brand faced while developing its product was the shortcomings of the cold supply chain. “It is easy to sell something on ecommerce, but it’s not possible with ice cream. Sitting in Mumbai, I am not sure if my product will reach safely to a customer in Bengaluru,” Varun says, adding that the cold supply chain setups require a huge investment.

Currently, the brand has tied up with ﻿Swiggy﻿ and ﻿Zomato﻿ in Mumbai. It has also partnered with 15 hubs in the city for distribution.

Varun claims that the COVID-19 outbreak proved to be a wake-up call for the company as it realised that it needs to strengthen its (direct-to-consumer) D2C model to ensure that the disruptions caused by the pandemic do not impact the business.

“When the lockdown was announced, the hubs were closed, and they were a big part of our revenues. However, we navigated through the situation by working on our website, and we have been growing 20-25 percent ever since,” he says.

For Varun, going D2C has been a “super enlightening experience.” Apart from an increase in customer engagement, Varun says it has helped in recognising customer-ordering patterns, and thus, helped the brand in serving its customers better.

The business plans to expand across different geographies within India, starting from Delhi and Bengaluru, and also introduce some new flavours moving forward.