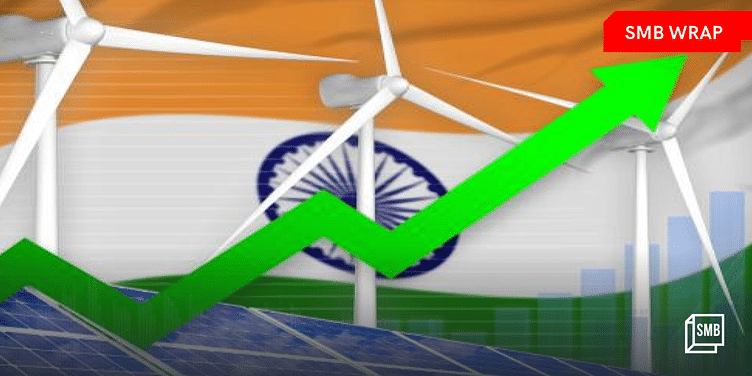 Meet Alcostar Group of Companies, which runs pubs and makes alcohol, and Ekkaa Electronics, a TV manufacturing firm, which are working to create an Atmanirbhar Bharat.

Made in India brands are on the rise in every sector - FMCG, F&B, textile, and others.

This week, SMBStory covered a Made in India alcohol beverage brand and a television manufacturing company that are among the many manufacturers helping create an Atmanirbhar Bharat.

Arundeep Singla first saw local breweries and pub scenes as a student in Australia. It left an indelible mark on him, and he was inspired to bring this culture back home by building an alco-beverage company in India. Belonging to a non-entrepreneurial family, with a professor father and a homemaker mother, this was a completely new territory to explore for the budding entrepreneur.

The 37-year-old, who has a master's degree in finance, began his entrepreneurial journey in 2010 when he established Rock and Storm Distilleries, an alcoholic beverage company that he later sold to his partner.

While South India, especially Bengaluru, had a few companies building distilleries in the 2010s, north India was yet to embrace the brewery culture.

A few years later, Arundeep founded The Brew Estate in 2016, which, according to him, is the first microbrewery in Chandigarh. He used his earnings from his prior businesses to make the initial investment.

In 2020, he established the Alcostar Group—the parent company of The Brew Estate—which owns and operates 12 microbrewery outlets in four states: Punjab, Delhi, Uttarakhand, and Himachal Pradesh.

Arundeep, the Chairman and Managing Director of the Alcostar Group, aims to make it India's largest microbrewery chain, with plans to open nearly 15 more pubs in the coming months.

Sagar Gupta was pursuing his articleship in 2017 when his father, CP Gupta, thought of pivoting his existing business. The senior Gupta decided to move from semiconductor trading, which he had been doing for the last three decades, and become an Original Design Manufacturer (ODM) for LED televisions.

Prime Minister Narendra Modi’s ‘Make in India’ initiative in 2014 gave a huge fillip to manufacturing businesses in India, and was one of the reasons that CP Gupta decided to pivot despite the risks -  a completely new domain and the need for hefty investment.

Speaking to SMBStory, Sagar says he wanted to get into core manufacturing even while he was studying for his CA exams, and what could have been better than joining hands with his father? In 2019, after doing the much-needed groundwork, the father-son duo joined hands to start ﻿Ekkaa Electronics﻿ in Noida.

“Starting up in the manufacturing industry was not a challenge since my father had prior contacts from the time of his trading and distribution business. We were then catering to brands like Samsung, Toshiba, Sony etc, and had the knowhow of how the ODM industry operates,” Sagar says.

The experience came in handy but what excites the father-son duo the most is the fact that they are building a base to strengthen TV manufacturing, a sector where China is the major player as of now, in India.

Despite the pandemic-induced lockdowns and supply chain disruptions, Sagar claims the company made a turnover of Rs 600 crore as of FY23. It has more than 100 brands in its portfolio and is now aiming to work on optimising costs to be able to supply to the world.

Other top pick of the week:

Union Minister Narayan Rane said the Centre has designated Rs 76,000 crore to promote investment in micro, small, and medium enterprises (MSMEs) of North Eastern states. He made the announcement during a regional conference organised by the MSME ministry in Agartala to spread awareness of various schemes of the government.

The statement comes ahead of assembly elections in Tripura, Meghalaya, and Nagaland, which are scheduled for February.