Retail and wholesale traders now under the ambit of MSMEs; experts decode the good and the bad 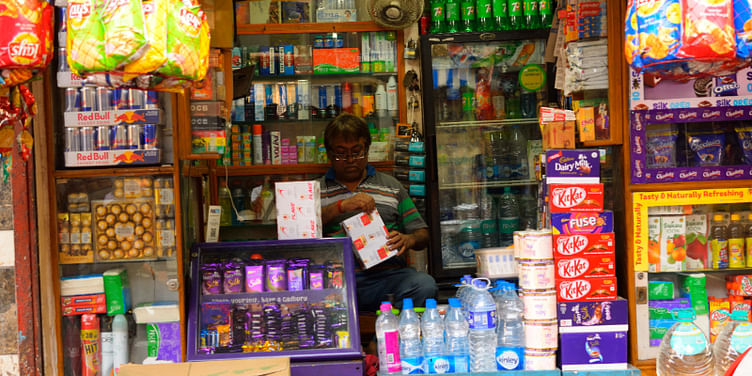 Days before handing over the baton to his successor Narayan Tatu Rane, former Union Minister for MSMEs, Nitin Gadkari, announced that retailers and wholesalers will come under MSMEs. SMBStory spoke to several stakeholders to understand how things will pan out for the sector

The years 2020 and 2021 have been like no other for the Indian micro, small and medium enterprises (MSME) sector, which contributes about 30 percent to the country’s GDP, and is one of the largest job creating sectors, second only to agriculture. Moreover, small and medium businesses contribute about 48 percent to exports, making it a major revenue stream for the Indian economy.

This sector has been trying hard to cope with the slings and arrows of the COVID-19 pandemic, which caused irreparable damage to several businesses. A recent Dun and Bradstreet survey indicates that more than 82 percent of small businesses have been negatively impacted by the pandemic and that 70 percent of them expect it will take almost a year to regain the pre-pandemic demand levels.

However, in the last one and a half years, the micro, small and medium enterprises sector has also seen several developments. Last year, as part of the Aatmanirbhar Bharat stimulus package, the Indian government rolled out a slew of policies to lift the sector from the ravages of the coronavirus pandemic. Some of the schemes that managed to grab attention include the revision in the definition of MSMEs, the Rs 3 lakh crore collateral-free loans, and more.

The most recent scheme include the move to include retailers and wholesalers under the umbrella of MSMEs. Days before handing over the baton to his successor Narayan Tatu Rane, former Union Minister for MSMEs Nitin Gadkari made one last attempt to uplift the sector through this decision during his tenure. He announced that retailers and wholesalers will now come under the ambit of MSMEs. The Reserve Bank of India (RBI) also notified the inclusion of retail and wholesale traders under the MSME category.

Talking to several stakeholders from the industry, SMBStory tried to find out what this new announcement means for the sector, and how things will pan out in the coming months.

What does the MSME sector expect from its new minister Narayan Tatu Rane?

Why it is a hit

The government claims this new announcement to bring retailers and wholesalers under the ambit of MSMEs will benefit around 2.5 crore wholesalers and retailers. Understandably, several experts from the sector have hailed this move.

Sudhir Jha, Vice President of MSME Development Forum and General Secretary of All India Confederation of Small and Micro Industries Association (AICOSMIA), believes that this should have happened before but it is better late than never. He also said, “The retail and wholesale traders are like engines which propel the business ecosystem forward.”

For Kumar Rajagopalan, CEO of Retailers Association of India (RAI), it is a “landmark decision.” He said, “It will give retail MSMEs the support they need to survive, revive, and thrive. Most importantly, it means that retail and wholesale businesses will get structured better in days to come since they need to create a formal method for operating and reporting to use benefits accorded to them. Many retailers who have avoided due formal recording of business will now be motivated to get formalised.”

Several individuals from the retail community also opined that this move will help them get easy access to loans especially since the new notification allows them to register on the Udyam Registration portal, which already has more than 30 lakh MSMEs registered.

While it may be true that this decision brought a lot of cheer, a certain section of people are ambiguous and ambivalent about how this decision will impact the MSME sector.

One of the wholesalers who did not wish to be named said that the effectiveness of the policy can only be analysed after some period of time goes by. According to him “it was too early to comment.”

Some others had their share of doubts because they argued that the government is “putting all the eggs in the same basket.”

KE Ranganathan, Managing Director of Roca Parryware, said he is unable to see much merit in this newly-announced policy. “MSMEs represent the supply side of the ecosystem, whereas retail and wholesale traders represent the demand side.”

It must be noted that retailers, wholesalers and the micro, small and medium enterprises form the business ecosystem. A product - from the stage it gets extracted as a raw material till the time it becomes a finished good - has to pass through the doors of these three segments. Majorly, MSMEs represent the manufacturing stage whereas the distribution and selling stage happens by the wholesale and retail traders.

According to Ranganathan, the requirements of all three sectors are different and combining them together is like combining apples and oranges.

Ranganathan says that while everyone is eager to see how this decision pans out in the coming months, separate policies and differentiated attention to the sectors is also very important.

Given the impact of the second wave across sectors, the road to recovery is long and arduous. However, one can only hope that this decision, aimed at relieving crises, will go a long way and create some tangible value.