Eighty participants from nine countries came together for the international cricket tournament that gave renewed hope to marginalised kids, and created awareness about violence and abuse faced by children on the streets.

Team India bettered eight other teams to lift the World Cup trophy recently. You may wonder, 'The ICC World Cup is not for a month more!' You are right, but this was a different team in blue at the Street Child Cricket World Cup, dominated by a gender-equal team from India.

Also read: Once clogged with sewage, Wazirabad Bundh is creating awareness among people through art made from plastic waste

Organised by Street Child United, an NGO, and held at the famous Lord’s cricket ground, the tournament saw 80 marginalised children from nine countries participating. The tournament aimed to create awareness about violence and abuse faced by children on the streets. The tournament was held between April 30 and May 8, and in the finals Team South India beat Team England, scoring 47 against the rival’s score of 42 runs.

Former Indian skipper Sourav Ganguly was the brand ambassador of Team India this year. Apart from cricket, Street Child United hosts other tournaments as well, and counts David Beckham and Micheal Johnson as its brand ambassadors.

One of the challenges the NGO faced was the children’s travel as many had no birth certificate or passports. "It's virtually impossible, but somehow it all turned out well," John Wroe, the co-founder and CEO of Street Child United, told CNN.

With the tournament, the NGO, along with other stakeholders, gives the children the opportunity to voice their problems, and pressurise the society and government to protect their rights.

Nisha, who led the team from Nepal, told the CNN that the tournament had given her the confidence to speak up in public, and encouraged her to fight for her rights and for equality.

In an interview with CNN, Nagalakshmi from India said that she had been abandoned by her parents at a young age and had been searching for safety and permanency, and the tournament was a turning point in her life.

"I practised really hard. I want to achieve something in life, and I see this as a big achievement for myself," she said.

Also read: ‘Kamali’ based on the life of 9-year-old skateboarder from Tamil Nadu is shortlisted for the Oscars 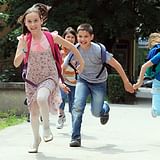