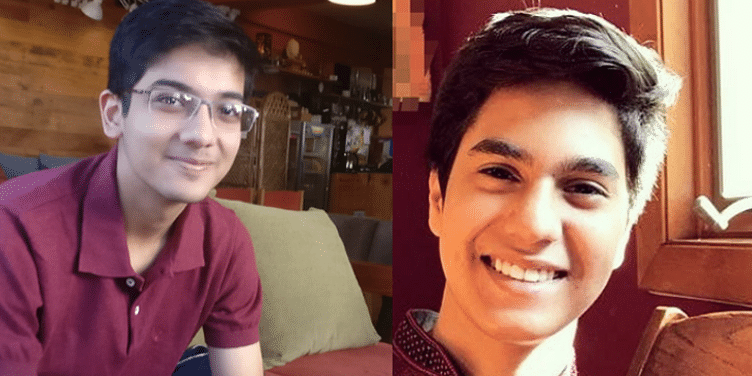 India boasts of high-profile science education and research institutes such as IITs, ISB and IISc, to name a few. However, it is shocking to see the state of science teaching at the school level, especially for underprivileged students.

A study conducted by Unified District Information System shows that 75 percent of Class 11 and 12 students in India lack science labs in their schools. Providing lab facilities for students is extremely beneficial as it not only helps grasp concepts better, but also enables academic success to those who want to pursue a career in science.

A research by the American Chemical Society has also shown that students who engage in practical experiments at laboratories develop better problem solving and critical thinking skills, as well as gain exposure to reactions, materials, and equipment in lab settings.

In an attempt to change the scenario, two 17-year-old boys, Umang Chamaria and Nilesh Shah, batchmates at Xavier’s Collegiate School in Kolkata, are making science laboratories more accessible to students.

Their Vigyan STEM Labs, which was started in 2019 in Kolkata, is teaching and bringing experiments to Class 7, 8, and 9 students. (STEM stands for Science, Technology, Engineering, and Mathematics). Their labs have impacted 550-600 children so far, and the organisation is currently conducting classes in two schools - Vidyanjali High School and Shree Jain Vidyalaya. It is all set to launch in Heritage School, Kolkata, in September.

Being passionate about science from a very young age and growing up reading encyclopedias, the duo says they always wanted to help students and make people aware about the significance of practical experiments.

“A lot of students today often have wrong ideas about science, and many of them go to school feeling stressed. However, what they don’t realise is there is a lot more to the subject beyond the school syllabus," says Umang Chamaria, Co-Founder, Vigyan STEM Labs.

The idea of Vigyan STEM Labs came to Umang while doing practical experiments in his school’s physics lab. He had a conversation with the head of the physics lab, and realised that his teacher’s own children didn’t have a science lab in their school.

During the course of the conversation he also realised that most children in underprivileged schools are often hesitant to pursue a career in science as they find the syllabus difficult to understand.

“It was then that I decided to create a STEM lab so I could take experiments to students at underprivileged schools,” Umang says.

Umang consulted his batchmate and close friend Nilesh, and the two decided to make science understandable, easier, and fun for students from lower economic backgrounds.

The duo later created a core team for Vigyan STEM Labs, comprising eight other members interested in the cause. Some of them are from their school, while others are their friends.

Nilesh and Umang first approached Vidyanjali High school, a school for underprivileged students in Kolkata, and got an approval from the Principal to conduct STEM Lab sessions. They started teaching experiments to children from Classes 7 to 9, and went on to create a STEM curriculum, which comprised of experiments that would help the students learn and grasp concepts in a better manner.

“When we started at Vidyanjali, there were only 15 students during the trial session. However, the response was good from the children and they were keen on learning further,” says Umang.

Happy with the performance of students, the Principal of Vidyanjali referred Vigyan STEM Labs to another school in the city called Shree Jain Vidyalaya.

“From having 15 students at our trial session at Vidyanjali to having over 200 students at a time at Shree Jain Vidyalaya, we had to keep coming up with new and innovative topics to cover every alternate Saturday,” Umang says.

“All the materials and products Vigyan STEM Labs uses can easily be found at home, are easy to source, and are cost effective. Since we are a non-profit company, we fund our own material,” Nilesh says.

How this NGO is working to make learning fun and help underprivileged children unleash their po...

A step in the right direction

Today, Vigyan STEM Labs has helped underprivileged students by breaking down the myths and misconceptions associated with science - that it is a hard subject, one can only pursue science if they start from a young age, it is extremely costly to pursue, and that it won’t bring enough money if not done properly.

According to the founders, after being exposed to Vigyan STEM Labs, students have started to consider science as an option. They are also learning about different fields and career options in which they can explore their scientific capabilities.

Some of the science topics the students have learnt include soil filtration, water pressure, and magnetisation. “The curiosity we saw on the students' faces during the course of our sessions is something no textbook could provide,” Nilesh recollects .

Speaking about the success of Vigyan STEM and how it has benefited the school, Sashwati, the Principal of Vidyanjali, states,

“When Vigyan STEM Labs first approached me with the desire to introduce and perform experiments, I felt this was an extremely good initiative. Having interactive sessions was definitely beneficial as it exposed students to an inter-school experience, which I felt they needed to have.”

Bina Gupta, a teacher at Shree Jain Vidyalaya, says, “Having Vigyan STEM Labs at our school was a new experience for our students. Umang and Nilesh are extremely hardworking individuals and have managed to explain science to our students in a simple and educative manner. This has helped them a lot with learning concepts outside the syllabus.”

Now, Umang and Nilesh have some big plans for the future. In September this year, the duo is all set to launch Vigyan STEM Labs at Heritage Academy in Kolkata, and is in talks with some other schools as well.

These organisations and individuals are uplifting the lives of underprivileged children