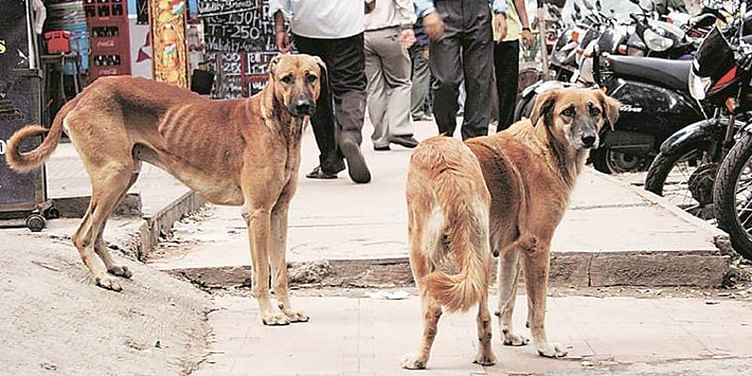 With the rising stray dog population in Shimla, the Municipal Corporation has introduced a great way to bring down the number on the roads in the most humane way possible.

A dog is definitely man’s best friend, but when a larger number don’t have a human best friend, chaos erupts in the society. In Shimla, the street dog population has been increasing at an unsustainable rate. About 2,500 dogs live within the city limits; they breed twice a year with about 5-8 puppies in every litter. Despite the Municipal Corporation’s sterilisation efforts, the numbers are not controlled. The city also records about 60 dog bites every month.

In light of this situation, the city has launched a Street Dog Adoption and Management Programme. Every family that adopts a stray dog is exempted from paying garbage collection fees, and also gets a free parking spot in the city.

According to The Logical Indian, under the programme, families that don’t feed or give adequate care to these animals will be penalised.

“The response so far has been encouraging. Till date, 155 dogs have been adopted in the city – 83 by individuals and 72 by communities such as Beopar Mandals, NGOs, Resident Welfare Associations, etc. It’s mostly animal lovers who have come forward to adopt the dogs,” Dr Neeraj Mohan, Veterinary Public Health Officer told The Indian Express. Dr Neeraj’s office implements the programme.

After his visit to the US last year, Municipal Corporation Commissioner Pankaj Rai brought this novel idea to Shimla. The civic body stated that along with the garbage fee exemption and the free parking spot, the adopted dogs will also receive free sterilisation and an anti-rabies vaccination.

With this move, Shimla will prove to be an inspiration for every city in India dealing with unmanageable stray dog population. This initiative is a great way to encourage stray dog adoption and also reduce the number of dogs on the streets. There is hope that this will see adoption in all cities in the country.