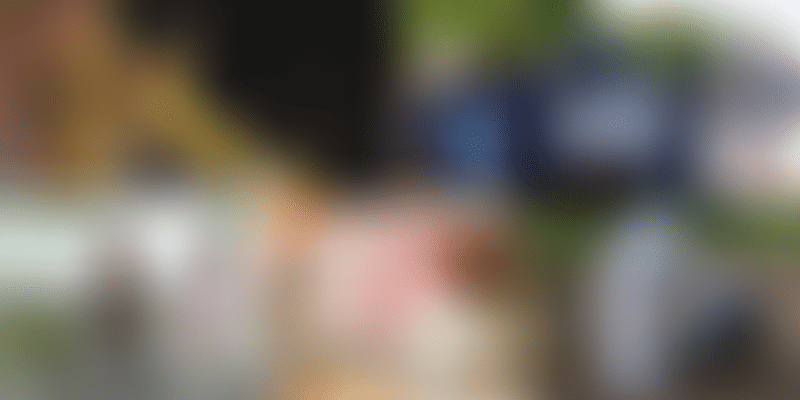 This week, SocialStory showcased inspiring stories of perseverance, and good samaritans helping people in distress. Read on to also find out more about the ongoing India Craft Week in New Delhi.

After a severe spinal injury, Nisha Gupta thought her life would never be the same. However, she says that life changed after she attended a session on ‘Independence After Spinal Cord Injury’ at the Nina Foundation, a Mumbai-based organisation that works with people who have sustained spinal injuries.

Meanwhile, Khalsa Aid, an international non-profit organisation, has been helping those impacted by both natural and manmade disasters.

Here are the Social Stories of the week:

Nisha Gupta remembers having a happy childhood. The 32-year-old Mumbaikar says that she rarely sat still and was always playing with her friends and her brothers. During a visit to her village with her family, she was climbing a wall with her brothers to pluck mangoes when she slipped, fell, and fractured her spine.

Today, Nisha competes in national-level swimming tournaments and is also an international basketball player. She has won three state-level gold medals and three national-level bronze medals for swimming. All this is possible only because she attended a session that changed her life for the better. Click on the link above to know more.

How Khalsa Aid India is helping those in distress

Founded by Ravi Singh, Khalsa Aid is an international organisation providing crucial aid to millions of people around the world since 1999 - to victims of the Yemen civil war, refugees landing on the shores of Greece from the Middle East; and, more recently, the Rohingyas from Rakhine state in Myanmar seeking refuge in Bangladesh.

While the international arm has left a mark in 22 countries, Khalsa Aid India has been working along the same principles in the Asia-Pacific region under the leadership of Amarpreet Singh. Operational since 2013, it has not only been responding in the aftermath of disasters and conflicts across India, but has also carried out relief operations in Nepal, Bangladesh, Myanmar, and Sri Lanka.

A new documentary made by the Karnataka Rural Development Panchayat Raj (RDPR) Department and International Justice Mission (IJM), a non-profit that works to free bonded labour while campaigning to end the practice, shows the ordeal of people who were once trapped in bondage.

The 10-minute film documents the experience of bonded labourers, who have now been freed, talking about their harrowing experience of working long hours with no pay, having to endure extreme physical and mental abuse, total restriction on movement, and minimal access to basic necessities including food, water and medicine.

‘Coming Together,’ a CSR initiative by Citibank, came to the rescue of many severely impacted individuals, and just in time too, as the coronavirus ravaged on. Debasis Ghosh, Head of Global Public Affairs, Citi, South Asia, says that the initiative was targeted at supporting government efforts in the pandemic war.

From conducting COVID-19 tests to distributing rations, the initiative has done it all since the lockdown was in place. Click on the title to read more about this worthy cause.