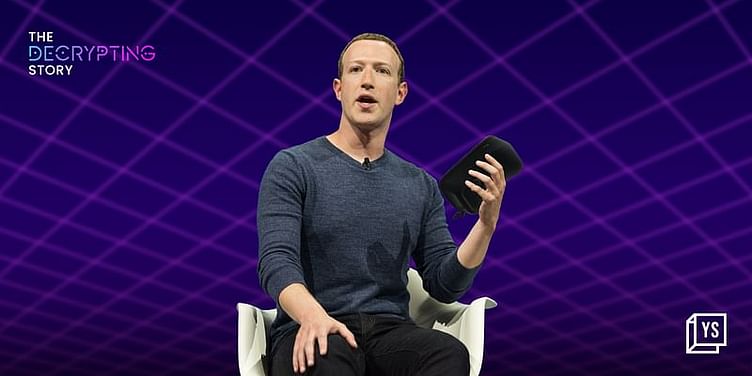 Despite low user adoption, Meta is increasingly investing billions in building its metaverse without many results. To turn things around, Mark Zuckerberg’s firm needs to take inspiration from an early version of itself.

It’s been one year since Facebook rebranded to Meta.

After billions of dollars spent on developing infrastructure, it seems like the tech giant’s metaverse dreams could still take years to fulfil, with user adoption falling well short of expectations.

Perhaps the firm needs to look back to 2003-04, when 'The Facebook' was founded with a user-first approach.

At the time, he said, “Meta’s focus will be to bring the metaverse to life and help people connect, find communities, and grow businesses.”

In the first nine months of 2022, the firm’s metaverse division—known as Reality Labs—has lost over $9.4 billion spent on R&D.

In fact, between January 2019 and September 2022, Meta invested an eye-watering $36 billion into Reality Labs, as per an Insider analysis.

This massive spend on the hypothetical future iteration of the internet, without much to show for it, has led many to believe Zuckerberg has squandered the capital.

Others see Meta’s investments as conducive to the larger metaverse movement, which will be built on top of the infrastructure the tech giant is currently working on.

What is the metaverse? How blockchain, crypto, gaming, VR, and AR are building a new way to experience the Internet

Meta’s efforts to onboard early users have fallen short of expectations.

Horizon Worlds (Meta’s social virtual reality platform) has seen less than 200,000 monthly active users (MAUs)—a far cry from Meta’s plan to onboard 500,000 MAUs. The firm has since revised its target to 280,000.

Recently, the tech giant also unveiled its latest VR headset—the Meta Quest Pro—priced at $1,499. The company had earlier released a couple of headsets, including the Quest 2. Zuckerberg had admitted that the R&D and production costs of the headsets were one of the biggest contributors to Reality Labs’ losses.

As per the company’s recent Q3 2022 financials, its revenue was $285 million, down 49% year over year. Reality Labs’ expenses were $4.0 billion—up 24%, primarily due to employee-related costs and technology development expenses, the firm said.

The unit’s operating loss widened to $3.7 billion from $2.6 billion, as compared to the corresponding period of the last fiscal year.

Meta did not respond to The Decrypting Story’s request for comments on this story.

While Zuckerberg has been fairly selective in speaking about Meta’s losses, he remains optimistic and considers the metaverse a long-term bet. At recent shareholder meetings, he predicted that Reality Labs would contribute a significant share of company profits by the 2030s.

This vision is in line with his larger plans for a metaverse built by Meta. In it, users “will be able to teleport instantly as a hologram to be at the office without a commute, at a concert with friends, or in your parents’ living room to catch up,” Zuckerberg said last year.

Need for a user-first approach

Meta has been investing billions of dollars to make this possible for the few who are interested, and to some extent, it has succeeded.

One can enter existing virtual worlds such as Dyschronia, The Room VR, Puzzling Places, and several more games and apps using the Oculus headsets. However, unless there is massive mainstream adoption, these virtual worlds can be reduced to ghost towns.

Entrepreneur Krishnan Sundararajan, who is building Loka—an Indian metaverse, believes Meta should have focused more on users and not just infrastructure.

“A platform is only valuable when it has enough users on it. This is something many other newer metaverse projects have got wrong,” he says.

Although these numbers were disputed, and Decentraland argued it had over 8,000 users on average per day, the numbers still don’t show good standing for one of the oldest and most prominent metaverses built on blockchain technology.

Krishnan suggests newer metaverse efforts, including Meta’s, should focus on delivering superior in-game or in-world experiences to hook users, and not just focus on building infrastructure.

“This is something they can probably learn from older, successful virtual game platforms such as Fortnite, Roblox, and Minecraft,” he elaborates.

Many entrepreneurs building virtual world projects believe there is a similar winning formula out there to make metaverses mainstream for various use cases such as productivity, work, fitness, music, art, etc. But not all of them agree on the importance of VR.

Unlike Meta, some of these entrepreneurs don’t believe VR will see widespread adoption, especially in developing countries whose citizens would find the headsets prohibitively expensive.

“I don't think VR will win the war in the short term. I think Meta should switch to a mobile-first approach, or even something supported by PCs,” Krishnan suggests.

When Zuckerberg pivoted Facebook from a desktop-first platform to a mobile-first family of apps, it proved incredibly successful for the firm. One critical contributor was the fact that smartphones were already common.

However, VR isn’t nearly as ubiquitous. As per ABI Research, only 11.1 million VR headsets are expected to be shipped this year.

Meta is one of the earliest tech giants to go all-in on the metaverse, and while its own efforts have not immediately borne fruit, entrepreneurs believe it is helping the cause of the larger metaverse movement.

Interality founder Farheen Ahmad, who is building a virtual engine with tools and protocols for users to build metaverses, believes Meta is doing the right thing when it comes to developing the infrastructure layer.

She says, “Meta’s investments will eventually lead to mass-scale developments in AR, VR, artificial intelligence (AI), computing, etc., and this will boost the progress of the entire ecosystem—and not just Meta’s own platforms and products.”

Meta is not alone. The metaverse ecosystem has seen a rise in investments from players in the data centre, AI, cloud computing, network infrastructure, and ancillary industries.

The likes of Alphabet, Microsoft, Amazon, Nvidia, Qualcomm, and more are investing in the next wave of web and cloud-based innovation—critical for the rapid advancement of virtual worlds.

This will enable startups will be able to build on top of this progress, according to Farheen.

“Although the future of the metaverse is dependent on investment by large tech firms, it is increasingly important for startups to build atop this infrastructure progress. They should quickly test-and-learn and build disruptive solutions on the application layer—such as in entertainment, retail, education, etc.,” she says.

The role of startups, individual creators, and communities in building and shaping the metaverse is of paramount importance. Meta and Zuckerberg have previously asserted that millions of creators and developers from around the world need to come together to build open and interoperable metaverses.

Whether these will be built on the blockchain or not remains to be seen, but in either case, the lack of rules, frameworks and interchange standards on interoperability present major hurdles.

This makes progress slow for large, traditional brands that want to foray into the emerging space but are unsure of how their assets will interact on interoperable platforms.

There is a need for clear frameworks to govern how brands can interact with metaverses, enabling more startups to enter the segment and tie up with brands to onboard mainstream audiences.

This network effect will allow Meta to tap into various possibilities in commerce and retail, and build new streams of revenue. To do this, it may have to take inspiration from an earlier version of itself.

In its nascent stage, when it was set up to connect university students, Meta (known then as TheFacebook) solved for users first. It aimed to connect users with each other in a simple manner. It was upon this foundation that Facebook was able to build its Web2 empire.

Now—almost two decades later—it appears Meta and Zuckerberg need to relook at the original strategy and adopt a user-first approach as it embarks on an ambitious journey to build a metaverse company.