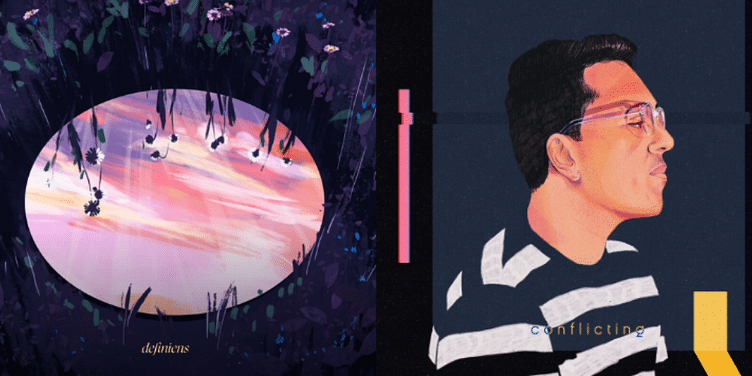 Bengaluru based singer-songwriter, Gabriel Daniel, speaks about mental health issues in his songs and hopes to bring hope to his audience

Bengaluru based alternative rock singer Gabriel Daniel, composes vocals that inspire and bring hope to his audience. He is an advocate for mental health awareness as most of his songs stem from his own experiences with depression and anxiety.

Recently amidst the lockdown, he released his two track EP titled ‘Definiens’ which the singer describes as 'something that defines',

Speaking about his new album the Gabriel says, “I've questioned my place within the rooms I'm in and the purpose I bring to those places my whole life, essentially the same conflict that inspired my last album's title. These are songs I've been singing to myself for a while. They help me talk to myself about what my identity is and where my worth lies, and they often bring resolve, but at other times, bring discomfort. I love writing in a way that does a push-and-pull within me. Both of these songs offer a place of respite for anybody wrestling with anxieties and apathies of who we are and what we're here for.”

From paper to screen: Here are the top movies to stream based on bestselling books

His two songs, A Lack Thereof rides a wave as it wrestles with the feeling of lacking in one's life and goes from doubt to hope to dismissal.

Whereby a Thought Complete speaks of how we're incomplete, of how we're still journeying, and of how we ought to give ourselves grace through that journey.

Definiens is Gabriel’s second album after his 2018 debut album ‘Conflicting.’ His previous album got a lot of praise and support and he even performed at NH7 Weekender as one of the youngest performers of the year.

In an exclusive interview with YS Weekender, singer and songwriter Gabriel Daniel talks about his early musical inspirations, his album ‘Definiens,’ what mental health means to him, and why we need to speak up about it.

YSW: Were you always passionate about music since an early age, and what were some of the instruments you first picked up?

GD: I grew up around music— from singing in church, family Antakshari gatherings, waking up to dad's cassettes of ghazals and mum singing along while making parathas, it was just there. I've always known that it'll play a big part in my life.

Some of my earliest memories are of an album by The Cranberries that my uncle used to own, which he gave to my sisters eventually.

I've always sung, and it's been a part of my core. I eventually picked up the guitar in 7th grade just so I could create something.

YSW: Can you tell us about a memorable musical performance?

GD: The first Sofar Bangalore show I played at— it was just me up there singing to an attentive room that aimed to join me every now and then. It was as if I was singing to one person, not a crowd. It was beautiful, and the whole show was very well executed.

YSW: What process do you undertake while writing and composing a song?

GD: It varies from song to song, but for this last release, the writing and composing went hand in hand. These songs are inner monologues I've had. I sing these songs to myself as gentle affirmations.

YSW: Tell us a little bit about definiens what was the motivation for this album?

GD: 'Definiens' is essentially that factor within a thing that defines it, or in the direction I've understood it for this project, to find definition. These songs have been questions and doubts and some answers and some direction to lead to further clarity. I usually lay my heart and mind out in song, and in this case, the journey of self-exploration is free for everybody else to witness.

YSW: Who collaborated with you on the album to bring it to life?

GD: This was an almost entirely self-made release. It was recorded at home, produced and mixed by me, and I played and sung and wrote every word and arrangement.

The exceptions to that case — Suyash Gabriel performed and recorded the drums in his studio in Delhi, and the mastering was done by Ronak Runwal at Gray Spark Audio, Pune.

The artwork was beautifully executed by Rae Zachariah. I love how well it translates the expressive identity of the song-stories.

YSW: Who were some of your musical inspirations growing up?

GD: Jon Foreman from Switchfoot is my all-time personal hero, in music and life. My work and character have been greatly influenced by Switchfoot, Relient K, My Epic, and Tesseract. Civil Wars played a big part in how I aim to tell my stories. And the musical genius of Kimbra, my queen, inspires me to really learn to push my envelope.

Other than that, growing up singing songs of worship in church really gave me a comfort.

YSW: What does mental health mean to you? And why do you feel others need to come forward and speak up about it?

GD: I've struggled with depression and anxiety since high school, and undiagnosed ADHD since much before, and it has taken so much potential in life away from me.

It presents itself as a blackness, unexplainable and oftentimes unfathomable. I have learned to cope in all these years, and I have bettered myself through it and come out highly compassionate.

But there are still so many people who fear speaking up about something that isn't their fault. It is, however, a diagnosable and treatable condition.

I believe that once you are vocal about something, when you let the words out, it loses a lot of its weight and its hold on you diminishes. What is dark is no longer so when it is brought into the daylight.

YSW: You were a speaker at the Bangalore TEDx in 2016 ‘A Song Through Apathy: Giving when you’ve got little’ What was the experience like and how did you feel after your talk and performance?

GD: It was incredible! It was hard on me, looking around and seeing all these amazing people who've accomplished a great deal, and then me, just a young songwriter. I felt small, even though everybody was really good to me. And it took a different kind of confidence to go up and be that vulnerable to a whole world of people.

But the moment I was done, there was a little recess, and I was greeted by a woman who came to me crying and hugged me. She thanked me for saying what I had said and for sharing my story. And then I met a few other teary-eyed folks who also hugged me and with most I even shared some emotional and insightful conversations.

YSW: Are you currently working on any more singles amidst lockdown, if so, what can we hope to look forward to?

GD: Nothing that releases this year, but yes, always working on the next big thing! Expect something amazing sometime spring next year.

YSW: What is your advice to those who are struggling with a mental illness?

GD: Your life matters and your story is uniquely yours. Your voice has value, and so does every word it utters.

It isn't always going to be this hard, and even when hope is a heavy thing to hold on to, be hopeful. Please seek help if you feel you need it as there is no shame in it at all. You are made beautiful, and we love you and need you here.

YSW: What is your advice to those wanting to become full time singers?

GD: Make a lot of music and let a lot of it be terrible. Some of it wouldn't be, and there within that, you will find your artistic voice. Expand into that, and then stay persistent. It's a long game.

YSW: What do you enjoy doing most on the weekend besides songwriting, other hobbies and interests?

GD: I love being an active part of my church family, taking walks to the supermarket, watching well-written television shows (shows like Community are a gift to our society), and just basking in quiet rest. Productivity is honestly so overrated.

Meet Vishnu Kaushal, the boy next door with a sense of humour

Expressing with style: Leisha Patidar on her content creation journey

Do's and don'ts while consuming superfoods