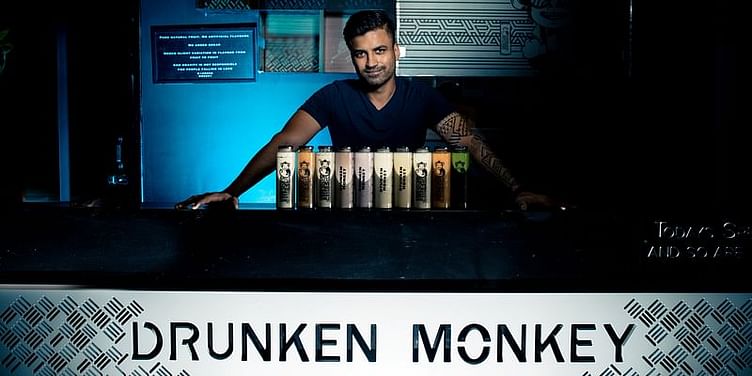 In the last week of February, YS Weekender had a mixed bag of stories on entrepreneurship, health and fitness, sustainable living, and entertainment. Check the top stories that you shouldn't miss.

In the last week of February, YS Weekender had a mixed bag of stories on entrepreneurship, health and fitness, sustainable living, and entertainment. Here's a compilation of all the top stories that you shouldn't miss from the week that was:

The smoothie life: How Hyderabad-based Drunken Monkey grew into a national brand with 100+ stores

Founded in 2016, smoothie brand ﻿Drunken Monkey﻿ started its journey with just one store in Hyderabad. Five years later, the brand operated more than 100 stores across 43 Indian states. It offers natural fruit smoothies and smoothie bowls, in over 200 combinations.

"I wanted to make smoothies a cult drink, similar to what Starbucks did to coffee," said Samrat Reddy, Founder and Managing Director of Drunken Monkey, in a conversation with YS Weekender.

Bootstrapped since inception, Samrat's goal with Drunken Monkey is to make smoothies a lifestyle. "If this mission requires raising funds or getting into a partnership, the founder says, “So it be. But I will never lose control of our goal or the brand.”

Delhi-based Jasminder Singh aka Jaysn is a biker, motovlogger, and entrepreneur. His YouTube channel JS Films boasts of 2.68 million subscribers.

Recently, once the coronavirus lockdown was lifted, Jasminder initiated a one-of-its-kind road trip. Starting from Delhi on December 10, 2020, he travelled on his Suzuki Hayabusa, all the way from Kanyakumari to Udhampur. The 8,500 km long road trip ended on January 8, 2021.

In a conversation with YS Weekender, Jasminder traces his journey from working in the IT sector to ultimately following his dream.

Making your home sustainable with smart and eco-conscious choices requires one to take baby steps. Here’s how you can give your home an eco-friendly makeover.

Contemporary Artist Gurpreet Kaur Tuteja writes, "Following an eco-friendly approach and being more mindful of the choices we make in the era of hyper-consumerism can make a big difference in safeguarding our natural environment and the earth as a whole. "

She further lists ways in which one can give their houses an eco-friendly makeover and make their space and conscious.

Earlier this week, the Advertising Standards Council of India (ASCI) released draft guidelines for influencer advertising on digital platforms. It further stated that the body aims to finalise the guidelines by end of March. Social media influencers are expected to receive new set of guidelines with respect to promotional posts, and they will be required to specify whether the content posted or published by them is an advertisement.

We spoke to industry leaders and social media influencers and asked them how they felt about the new guidelines.

The seven short films, ranging between 11 and 22 minutes in length, showcase the extraordinary stories of seven ordinary women, belonging to varying age groups and from different walks of life.

The film is a sincere reminder that after an unprecedented year, it's time to get things done and start living our lives, despite the challenges.

He said, "For us, it is a combination of good films and the requirement that all theatres be open so that consumers feel the confidence to come out. And when new and good films are released, people will come to the cinemas on their own."

Parineeti Chopra starrer The Girl on the Train released on Friday, February 26, on Netflix. It is the Hindi-adaptation of Paula Hawkins' 2015 mystery thriller novel of the same name. Before you watch the film, we have listed all that you need to know about this new release.