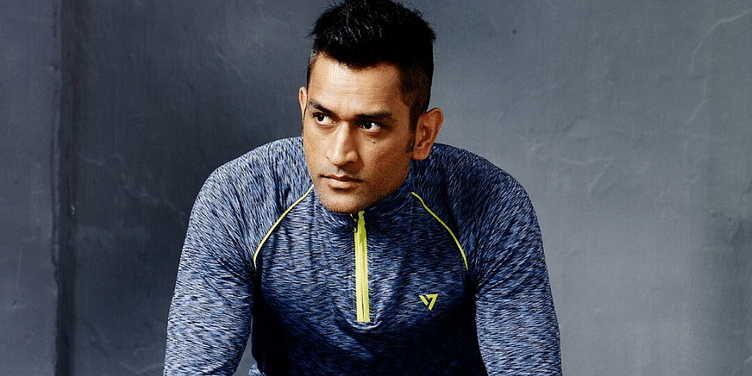 M S Dhoni is the only captain in the history of cricket to win all ICC trophies. We bring you inspiring quotes by the champion on his birthday

Mahendra Singh Dhoni is loved by the nation, and nicknamed 'Mahi' by fans. Above all, he is a legendary Indian cricketing champion and passionate human being.

Originally from Ranchi, Jharkhand, he is the only captain in the history of cricket to win all ICC trophies.

While fame and stardom don't match up to how much Mahi loves the sport and is dedicated to it, he has quite a few accomplishments that many can seek inspiration from.

He is one of the highest scorers in One Day International matches (ODIs) scoring over 10,000 runs, spanning his career, and he is also considered one of the greatest ever finishers in limited over formats.

He has had back to back wins for Team India and under his guidance and leadership, he and his team have made the nation proud many a time over.

Playing both as a right-handed, middle-order batsman and wicket keeper, he has led India to victory in the World T-20 Cup in 2007, as well as the 50 over ICC World Cup in 2011, the Champions trophy in 2013, in addition to taking the Indian test team to the World number one ranking.

YS Weekender brings you inspiring and moving quotes by Mahendra Singh Dhoni on his 39th Birthday...

Quotes by the legendary cricketer, father and human being, M S Dhoni:

For me, it's important to build good partnerships rather than score centuries. Once you have those partnerships, you will also get centuries.

Self-confidence has always been one of my good qualities. I am always very confident. It is in my nature to be confident, to be aggressive. And it applies in my batting as well as wicketkeeping.

I have three dogs at home. Even after losing a series or winning a series, they treat me the same way.

Cricket is not everything, not by any means, but it is a large part of who I am. Therefore, I want to play in all formats of the game and to play as much as possible because, before long, it will be over.

I believe in giving more than 100% on the field, and I don't really worry about the result if there's great commitment on the field. That's victory for me.

I love to be in the moment. I love to analyse things a bit.

The reason why people love T20 is the sixes and fours.

Gut feeling is all about the experiences that you have had in your life. It is about being in difficult scenarios, knowing what worked, what did not work, and then taking a decision.

One-day cricket is about aggression and flair, but Test cricket is a different ball game. One has to struggle through the hard periods initially and then look on to get a respectable score on the board.

I think it is always a challenge when you go and play abroad. You are competing against the home team, and they know the conditions well. Their fast bowlers always know which length to bowl and also the areas in which they need to bowl.

Strong characters are needed in the game.

I never thought of playing for any other franchise other than CSK. Chennai is my second home. Fans here have adopted me as one of their own.

The biggest learning during my tenure as a captain was that, a lot of time, I used to think that this is common sense. But no, there is nothing called common sense.

The biggest problem is when a player asks a captain why he is not playing but does not want an honest answer.

I have always believed that process is more important than results.

You have seen cricketers who are not god-gifted, but even then, they have gone far. That's because of the passion.

When you help sportspersons achieve their full potential, you propel the sporting quotient of the entire country.

Leadership is the capacity to translate vision into reality.

It’s important to learn and not make the same mistakes, what’s done is done.

Take action in silence, No lion attacks in noise.

Quotes by teammates, competitors, and other sporting icons

If Dhoni plays till the end, one thing is for sure... he will make his team win. - Harsha Bhogle, Indian cricket commentator and journalist.

I pray that a tennis player should emerge from Ranchi as MS Dhoni emerged for cricket- Sania Mirza, Indian Professional Tennis player.

Dhoni is the best captain I have played under - Sachin Tendulkar, Indian cricketer, and former captain of the Indian National Team.

Dhoni Is my hero. We talk a lot about Sachin Tendulkar, Virender Sehwag, but this boy has as much talent as anyone in the game - Kapil Dev, former Indian cricketer and fast bowler.

I would go to war with Dhoni by my side- Gary Kirsten, South African cricketer and former coach.

I am really gifted to play under the leadership of MS Dhoni - Michael Hussey, former Australian cricketer, coach, and commentator.

He is a great leader by example. Someone whom I have always admired for his ability to remain balanced and have the sense of equanimity about his captaincy - Rahul Dravid, Indian cricketer and former captain of the Indian National Team.

He has that uniqueness to respond to a tough situation with ease. He does not involve himself much emotionally and that is a great quality. Indians are lucky to have a captain like Dhoni - VVS Laxman, former Indian cricketer and current commentator.

Dhoni has got this ability of rising from the ashes. It is his temperament where he has treated those two imposters - fame and failure - in just the same manner- Sunil Gavaskar, Indian cricketing legend.

You can't just bowl spin to MS Dhoni in the death overs, He is simply the best in the world - Alastair Cook, English cricketer and former captain.