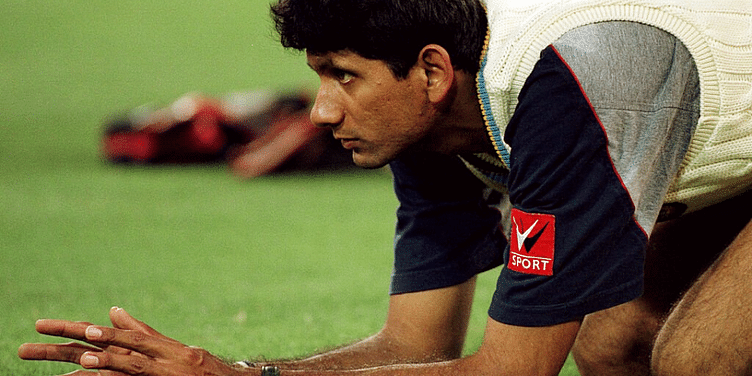 Post his India playing days, Venkatesh Prasad has served as bowling coach to the Indian and several IPL teams, offering his expertise, skill, and years of knowledge and experience to the younger Indian champions of today

Venkatesh Prasad, one of India’s most celebrated fast bowlers, was one of the top stars in the 90s. He is cherished even today for being a part of the fearsome pace bowling partnership with his fellow Karnataka pacer and India teammate Javagal Srinath.

Fiercely competitive on the field, Venkatesh is surprisingly polite, thoughtful and gentle off it.

Post his India playing days, he has served as bowling coach to the Indian and several IPL teams, offering his expertise, skill, and years of knowledge and experience to the younger Indian champions of today.

During his tenure as Chairman of the Junior Selection Committee, he worked alongside his former Indian teammate, Rahul Dravid, to identify many of the most promising stars of Indian cricket.

In an exclusive interview with YS Weekender former Indian cricketer, and bowling coach Venkatesh Prasad talks about how cricket has changed over the years, what it means to be disciplined and committed to your game, and offers some advice for young aspiring cricketers...

YSW: What were some of the sports you picked up in your early childhood? What was your first cricketing memory?

VP: Growing up, I played a lot of sports such as football, kabaddi, volleyball, basketball, and hockey for my school team.

I was always passionate about sport and Tennis Ball cricket was something I played every evening without fail, and thoroughly enjoyed it. This was probably my first memory with cricket as I was devoted to Tennis Ball cricket like one plays a match or goes for practice. My days, as a young boy, could never come to an end without it.

YSW: When did you realise that you had reached a level to play for the country? What was the feeling like when the dream came true and you made it to Team India?

VP: It was when I was 21 that people noticed that I had something in me. People were talking about my talent, skill, and ability and believed that if I continued playing and focusing on my skill sets then I would go on to play a higher level of cricket.

However, nobody told me that I would be playing for the country, and it never crossed my mind that one day I would be on the national cricket team.

“For any cricketer the dream is always there to play for your country, but I never thought that I would do so. It was my passion, which drove me to play cricket, and bowl well, and take those wickets as a fast bowler. They say fast bowlers are born; they are not made."

So, you need to have that passion. Fast bowling was a tough job, but I absolutely loved it.

Everything thrilled me, right from bowling fast, to scaring the batsman, to seeing those wickets cart wheeling.

It was at the age of 24 that I got called to play for the country, and it was a dream come true.

YSW: Who were some of your early inspirations (on and off the field) and who are they now?

VP: Kapil Dev was one of the cricketers who inspired me when I was growing up. Another inspiration or rather inspiring moment was when I met Nelson Mandela for the first time in South Africa.

YSW: How has cricket changed as a sport from when you first played to today? What is the one difference you notice with cricketers of this generation?

VP: The fitness level of players today is remarkable and outstanding. Cricket has come a long way since the time I played. One has to have immense strength, speed and tremendous fitness. The way that one looks at the game has also changed.

The facilities today as well as the grounds are much better, and there is a lot of coaching happening. When I played there was just one head coach for the entire team and a physiotherapist, but today for a team of 15 players, there are fifteen different people supporting them or more, like a radio analyst, performance analyst, physiotherapist, bowling coach, batting coach as well as fielding coach. The list is endless.

YSW: What according to you makes a good fast bowler?

VP: It’s the never-say-die attitude. If things do not go your way, you need to be very strong mentally and physically. This is one area of the game which is very tough.

Like I said earlier, fast bowlers are born they are not made. Not many usually take up fast bowling due to the hardship they go through. Fast bowlers go through a lot of injuries also, but it is all a part and parcel of the game.

If you want to make a comeback you need to be really strong, determined, disciplined and committed to your skill.

YSW: Between ODIs and Tests, which was your preferred format and why?

Test matches undoubtedly, because it teaches you many things such as strength of character and it challenges you when it comes to fitness. It also makes you constantly question and read the game better when it comes to adapting to new situations, be it weather conditions or how one foxes or out thinks the batsman.

It’s an amazing format and played over 5 days, and it’s certainly not easy to be on the field.

YSW: Who was the most difficult batsman you bowled to?

In the Asian subcontinent it was Sanath Jayasuriya, a left-hand batsman, who was a hard hitting batsman who changed the face of batting when it came to ODIs or batting in the power play where he redefined those 15 overs and it was hard to bowl to him.

When it comes to around the world, it was Brian Charles Lara, the Trinidadian and West Indian cricketer. He’s a top-class batsman who has got plenty of records to his name. He was not a hard hitter, but he was intimidating and incredible with his skills.

YSW: How do you feel being a player has been an advantage when it comes to being a coach?

VP: It definitely has its advantages but it is also quite challenging. Out of the two, being a coach is definitely more challenging because as a player you are thinking about yourself and your individual performance and skill sets, and how you are going to react to a particular situation.

But as a coach you are thinking about 15 other players. Everyone, from the batsman to the bowler comes with different fitness levels, attitudes, behaviours and the way they handle and react to situations.

When it comes to being a good coach you need to be an extremely good observer, leader, and friend.

Having played the game, you know how players are going to react, and with hours and years of experience you need to share that knowledge with them and make it easier.

YSW: You have made a wonderful transition post retirement from playing on the field, to tackling a number of roles such as commentary, coaching, as well as being a very successful chairman of the junior selection committee. What have you enjoyed the most and what keeps you motivated?

VP: I can’t pick one, as everything that I have done has taught me a lot and something new about myself. Learning is an ongoing process; it never ends and you keep learning every day.

That’s why observation is extremely important. It is not only about understanding others, but also yourself. You have to introspect.

That’s why with every role undertaken I was confident when it came to doing my job, be it as the chairman of the junior selection committee, or whether it was coaching or commentary or administration, or being the cricket development manager for Asian Cricket Council, where I used to help out developing countries like UAE, Hong Kong and Afghanistan, Qatar when it came to cricket.

All these roles have been challenging but very interesting and I have enjoyed every one of them. Unless and until you love the challenge, it is very difficult to do a good job, and I love challenges!

YSW: What is your advice to young aspiring cricketers today?

VP: The first important thing is that you have got to understand yourself and then you need to be disciplined and committed.

You might have the best talent and even play for the country with that talent, but it will not happen for a long time if you are not disciplined.

Day in and day out you need to keep challenging yourself, pushing yourself to be better. You have to think about how you can do things differently, and have a plan for the next day, before hitting the pillow at night.

Learn to visualise your goals. Do a simple visualisation exercise, and make it a habit to think about how you went about the game you just played, and how you can improve the next time around and you are bound to get better every day.

YSW: You are still extremely fit and trim unlike some athletes who put on weight post their time in the sports arena. What explains your fitness levels?

VP: Every morning I get up and go for my workout, and make sure to put in one hour every day. I wake up at 5:15am take my dogs for a walk, before heading to the gym. Of course, the intensity is not as much as before, but I make sure to be disciplined about going. I am a complete vegetarian and have always been.

YSW: With the COVID-19 lockdown and everyone cooped up in their homes practising social distancing, how is this affecting athletes and cricketers worldwide?

VP:  I think athletes should take this time as an opportunity to spend time with family and do things at home. Everyone can keep fit indoors, if you are keen and committed. You can do a lot of exercises with your own body weight.

YSW: Are there 1-2 home workouts or exercises that work for you that you can suggest to keep in shape?

VP: You can do pushups, a lot of ab workouts if one has a Swiss ball and even without it. If you live in apartment you can climb the stairs up and down and do some stair workouts. Try to cover at least 10,000-15,000 steps every day.

YSW: What do you enjoy doing most during the weekend?

VP: I love watching movies and playing golf and spending time with my dogs when I get time off on the weekend.

Weekend binge: Here’s how overeating on holidays can affect your body and mind