Are you Instagram-worthy? How Sassy Spoon’s Rachel Goenka spins magic with her culinary wizardry 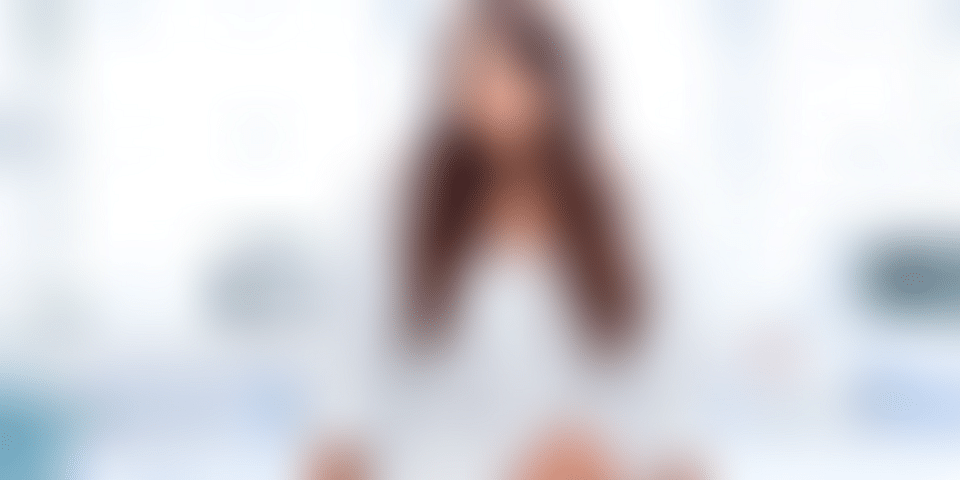 Rachel Goenka's Sassy Spoon has 15 outlets and two central kitchens in Mumbai and Pune. What makes this brilliant entrepreneur tick?

Imagine a date and toffee pudding, doused in caramel sauce and sprinkled with candied ginger, or a voluptuous red velvet cake served with cappuccino foam and raspberry caviar. Let the imagery sink in. These are desserts that combine taste, colour, aroma, and texture in beautiful proportions, and is the kind of culinary wizardry that Rachel Goenka is known for.

Whether she whips up a coffee and dark rum infused creation with in-house mascarpone and chocolate chips or a dark chocolate fondant with liquid white chocolate and a glorious basil core, one thing is certain — her desserts will have you swooning because of their originality.

The young entrepreneur who now has 15 outlets and two central kitchens across Mumbai and Pune, is the founder and CEO of Chocolate Spoon Company, which is the parent company of her chain of restaurants.

Some of Rachel’s brands include The Sassy Spoon, a European restaurant, House of Mandarin, a premium Chinese diner, Baraza Bars and Bites, a beach shack, Wicked China, an Asian resto-bar, and Sassy Teaspoon, a chain of patisseries and bakeries.

In an interaction with YS Weekender, Rachel tells us about her entrepreneurship journey, where her love for food began, and where she is heading now…

As a child, Rachel was always fascinated by the process of making food. “I remember constantly asking my grandmother questions as to why she added a particular ingredient at a particular time, why sugar behaved the way it did, and why she had to work really quickly when handling something so that it didn’t set,” she says.

Rachel loved chemistry in school as it meant working with interesting chemicals. “It was my favourite subject. I love how you can take a few ingredients, apply different processes to them, and then turn that into something totally different. So, I guess for me it was always about discovery, and what better way than through food?”

Rachel grew up in Dubai and loved the fact that the city was so cosmopolitan and ahead of its time. It was constantly evolving and so was the food culture. “Dubai has such a multicultural population that you get exposed to a plethora of different cuisines. So, it really broadened my knowledge of food,” she says.

Rachel majored in Communications and minored in English at Penn State. She started cooking when she was in university and it was then that she realized that she was super passionate about it.

“The media industry at that point of time was struggling with monetising its online content. Everyone was debating how long print media would actually survive given the free content online. There was a lot of uncertainty and I decided to take a break and just for the fun of it and apply for a three-month course in Ireland since I wanted a change of scene. I never looked back after that,” she recalls.

As a young chef, she also worked with Rachel Allen, an Irish celebrity chef. “Everyone at first was in awe of her at first given her celebrity status but she was really normal and down to earth,” she says.

“Her style of cooking is more on the rustic side and she’s very passionate about her Irish roots, so she’s all about farm to table, using local ingredients, and promoting local vendors. We lived on the farm along with the entire Allen family, so we really understood the ethos behind farm to table and it was great being a part of that. It was a very holistic experience.”

Her stint in Ballymaloe in Ireland helped her decide that she wanted to specialise in patisserie, since they were taught patisserie/boulangerie and cuisines. Later she joined Le Cordon Bleu in London and decided to study baking further.

“La Cordon Bleu was probably my favourite educational experience as it was fun and gruelling at the same time,” says Rachel. “There were days when the entire class just wanted to break down and cry because of one particular chef. We would all end up drowning our sorrows at the local pub instead! I did a masterclass with one of our chefs when he had come to Mumbai at The Sassy Spoon.”

Rachel was lucky enough to experience both the campuses, Marylebone and Holborn, but her favourite was the Marylebone campus. She did her Patisserie diploma there and at LCB, she also did an apprenticeship with the chocolatier Paul A Young.

Rachel launched her first restaurant, The Sassy Spoon, in late 2012. As she was fresh out of culinary school, she had many fabulous ideas that she wanted to bring to India but there were so many challenges that she had to face.

“The availability of ingredients was a problem, the dishes were far too European so I wasn’t sure how well they would be received by an Indian audience etc., but I really wanted to showcase what I had learned so I decided to use elements in the dishes I curated. We actually worked on the menu first before anything else and then decided on the name,” she says.

The brand had to reflect Rachel’s personality and since each dish had a quirky element, they decided to call it The Sassy Spoon. The main challenge in the industry is that the customer is constantly evolving. With each new development, she faced a host of new challenges.

“Personally, I feel like the industry as a whole has more setbacks than any other. Gone are the days where the food industry was just about the food and service and maybe the décor of a restaurant. Today it’s about offers, fad dining trends, and dietary restrictions. People want experimental and delicious experiences, but they want it cheap, fast, and with a host of strings attached. Instagram has given birth to the world of bloggers and influencers, so food critics who actually know what they’re talking about are not the last word anymore. You’re judged more by how Instagramable your food is and are at the mercy of people who don’t know food most of the time. I just wish it was just simple and rooted back to food,” she says.

Of spoons, teaspoons, and perfecting the Chinese balance

Once Rachel and her team saw the success of Sassy, they decided to expand it. Soon, they launched Baraza which focussed on Indian food. She wanted to launch a Chinese restaurant too as there was a huge gap in the market for a casual premium dining Chinese. “You either had your 'Chindian' food or then premium fine dining. There was nothing in between, so we launched House of Mandarin,” she remembers.

Soon, Sassy Teaspoon was launched because of how much people had loved the desserts at Sassy Spoon. Wicked China was the last brand that they launched which was a super fun, young, Pan-Asian tapas bar with a major focus on Chinese cuisine. At present, they have five restaurants across Mumbai and Pune, and 10 patisseries and two central kitchens.

Sassy has become synonymous with creativity, a reason why it is a hit with patrons. They were constantly creating new dishes, using different ingredients to deliver flavour profiles and each dish had an element of surprise. The food at this restaurant is considered delicious and comforting and it is said that no one does Christmas like The Sassy Spoon! The House of Mandarin offers the largest selection of dim sum and chueng fun in Mumbai and they also do a mean roast duck pancake as well.

As for Wicked China, don’t miss their wonton nachos and drunken chicken cigar rolls. The food is fun and quirky, just like the décor.

Good cooking is about having fun

According to Rachel, if you are making a savoury dish, you need to have fun with it.

“A lot of times I may not have a particular ingredient at home, so I experiment and substitute with something else. You never know what you may give rise to by playing around with a recipe. On the other hand, if it’s pastry then please stick to the recipe, especially the quantities. Pastry is a science and a few grams here and there can make or break your dish.”

Rachel believes that food is about expression. Food depicts celebrations, festivals, loss and everything else. “Certain foods are only cooked at a particular time of the year or on a particular day of the year. It’s the best way to communicate and bring people together,” she says.

Rachel offers three tips to get a dish right:

* Try and substitute ingredients to experiment with the dish

* Be financially disciplined and watch your costs.

* Communication is key. Not just what you say but how you say it.

When she is not working, Rachel loves to shop. “I have CSD (Compulsive Shopping Disorder),” she laughs. “I absolutely love fashion and personally have a massive collection of bags and shoes.”

She also enjoys writing and has written for numerous magazines and newspapers. Penning a book is something she wants to do next. “I also try and work out six days a week and I can see a huge change in myself after I’ve focused on my workouts both mentally and physically,” she says.

Rachel favourite trips were always to South Africa and Australia. “A lot of my trips were focused on food,” she recalls.

“I remember doing this really cool truffle hunt with dogs. In Australia, I got a chance to meet Shannon Bennett from Vue de Monde and Maggie Beer, which was my fangirl moment. I also did the most amazing culinary trail around Melbourne where I visited the oldest bakeries, hole in the wall restaurants with delicious food, and went to this fromagerie which was like a speakeasy and tried this gouda which tasted like butterscotch!”

Her culinary heroes are Marco Pierre White, Shannon Bennett, Maggie Beer, Rachel Allen, Paul A Young, and Darina Allen. “I’ve learned about perseverance and precision from each one of them. Marco told me to always read between the lines and not to take yourself or others too seriously. That stuck with me.”

And in the future…

Rachel’s company, like her experience, has grown exponentially over the years.

“We have experimented with and created brands that are now imminently scalable. Though we have three more restaurants in the pipeline for this year as well as more patisseries, we are also focusing on ancillary revenue from beyond the restaurants. We have made significant inroads into the corporate and outdoor catering verticals.”