From failed startups to a successful digital wallet, Sarah Toukan has ridden the troughs and the crests 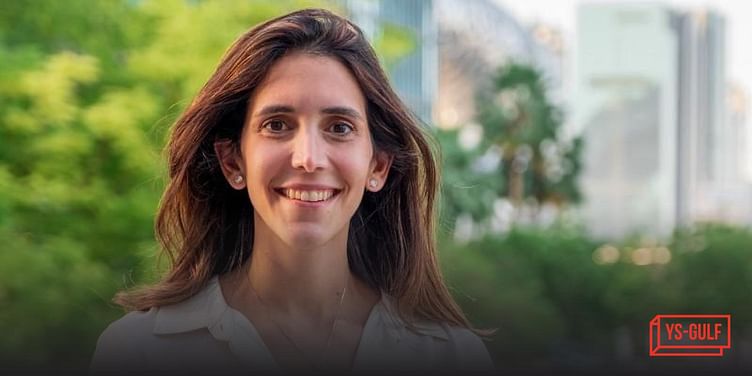 In a conversation with YourStory Gulf Edition, Sarah Toukan, Co-founder of fintech startup Ziina, talks about her journey of starting up and building products across the Middle East and London.

Like any techie worth their salt, Sarah Toukan loved science and mathematics in school. She particularly enjoyed solving mathematical problems and taking on scientific challenges. It was probably her early love for numbers and building products that took her along the entrepreneurial path in the field of fintech.

Today, along with her brother Faisal Toukan and Andrew Gold, Sarah is responsible for building one of the fastest growing payment fintech startups in the region—﻿Ziina﻿. The startup has so far raised $9.4 million in funding and will soon expand to Saudi Arabia and Jordan.

The entrepreneur, who is considered one of the top women leaders in technology, reminisces about her school days and says, “I remember my high school days—learning about Higgs Boson and the wonderful world of physics. After high school, it seemed natural that I would go into engineering. I took some time to decide which engineering field I wanted.”

Learning to approach a problem

While she took up environmental engineering and civil engineering at Stanford University, Sarah realised mechanical engineering was a better fit. So, she shifted course. “Mechanical had the most breadth in terms of application. I wanted to work on challenging problems and breadth helps in that,” she says.

At Stanford, the professors equipped students with the mindset of taking a problem and breaking it into digestible parts. “While I may not practice hardcore engineering today, it (the mindset) still applies to any engineering problem,” says the entrepreneur.

She says that the class had to build robots and machines that could accomplish tasks. This was different from the pen-and-paper approach in school.

“We had something called the product realisation lab, where my peers were always conceiving new ideas. There were people making their own watches as projects, equipment for deep sea photography, and different things. I had taken a class in precision engineering where I learnt the techniques and technology used to manufacture products for microscopic accuracy,” says the entrepreneur.

It was during this time that Sarah delved deeper into product development. Along with the mechanical engineering programme, she worked on a few programmes with the founder of Stanford Design School, considered one of the pioneers of design thinking.

“My master’s coursework was on user centric methodology—how do we build products that address real needs? And I was lucky to be able to take on coursework that took on many different projects,” says Sarah.

She designed an irrigation system for Northern Ghana, with a team, and worked on a product to redesign the user experience for self-driving cars stuck in traffic. She and her team also worked on a project for autonomous vehicles to derive insights that even major players like Tesla and Google took a year longer to discover.

“We worked on projects that didn't have the technology then. The work was based on building products and prototypes that solved human pain points. These are the methodologies I put into practice throughout my career,” says Sarah.

Later, Sarah went on to work for larger industries in Texas and Paris. But as she hailed from a family of entrepreneurs, she wanted to do something of her own. So, bidding adieu to her work at the oil and gas industry, Sarah took the entrepreneurial plunge.

“I believe in seizing opportunities when they come to you. So, when a friend of mine (who too came with a Middle Eastern background) approached me with a business idea that was totally unrelated to my work experience, in the food and beverage industry, I took it,” she says.

The duo felt that, though the Middle East had a rich food culture, the world did not know much about it. Food came packed in flimsy plastic and was sold for a cheap price; the experience wasn’t very special, they thought. “We wanted to elevate the experience, similar to what they do in France. The French took a staple of French cuisine, like the macaron, and elevated it to a refined culinary experience. We wanted to do this for the Middle East,” says Sarah.

While her friend took care of the culinary experience, Sarah worked on product development. She took care of everything related to manufacturing of the packaging, made sure that the products met the requirements for temperature and safety, and looked after the machinery that would help them mass-produce.

Sarah enjoyed the idea of building things from scratch and understanding principles with a user-centric approach. However, things didn’t pan out the way they wanted them to. Sarah’s business partner had to go back to California for family reasons, and funding was becoming a challenge.

Sarah learnt one of the biggest lessons in entrepreneurship. “I discovered that, although my partner and I were friends, we were not a good fit as a business team. We did not share the same values. It isn’t enough to have complementary skill sets … You could be friends but that isn’t enough. The fit needs to be strong … If the fit isn’t right, you will be unhappy. You will be much less efficient, and the company will be much less likely to work out. Unfortunately, we decided to close the company. It was very painful to do so,” she says.

Working for a startup

While she took a break for a while from entrepreneurship, Sarah continued her association with the startup world. She joined a startup called Property Works in London, a property finder for businesses looking for retail space, factory space, or warehousing space. The customers of the startup were real estate brokers with listings.

The founder of Property Works had earlier executed a successful startup in the online dating space. However, the startup shut shop after a year of her joining. This experience taught her the next biggest lesson on the importance of product-market fit.

“There was little understanding of product market fit then when we first started.. It was an uphill battle for our sales team to try to convince our customers to subscribe. Ultimately, there was not enough demand. We kept on making tiny tweaks on the product. The founder kept on firing and rehiring sales teammates until the company shut its doors,” says Sarah.

After this, Sarah took some time out to learn as much as she could about the startup ecosystem. She spent time attending events and meet-ups. It was then that she was drawn to the fintech segment in the global fintech hub of London.

There was an event in which the cofounder of Monzo, a UK-based bank, was talking about the innovations in fintech, which, according to him, had just scratched the tip of the iceberg.

Sarah says, “To quote him, ‘Fintech in London is only 1% done.’ This was a revelation because I realised that if fintech is only 1% in a city like London, then, in the Middle East, we were closer to 0 percent.”

Sarah began understanding more about the fintech ecosystem. She also discussed the idea of a fintech startup with her brother Faisal. Then the siblings, along with Faisal’s colleague Andrew, founded Ziina.

Ziina is a digital wallet, similar to Paytm and Amazon Pay. The app follows a peer-to-peer model; it allows users to send and receive payments in a few taps. It not only removes the process of IBAN and swift codes, it also makes the payment experience social by allowing users to send texts, emojis, photos, and GIFs. The team is also working on a social debit card model.

Sarah says people engaged in product companies must understand whom they are working with and who their partners are. This, she believes, is a fundamental requisite for success. She also says it’s important to adopt lean methodology and design thinking and have a user-centric design. “The idea of building something and getting so far entrenched in a product that people do not want is really terrifying for me,” she says.

The business model works if the idea is desirable, feasible, and viable, according to Sarah. “Desirability is the most important. As an entrepreneur, you are naturally stubborn, and sometimes even if things aren’t initially viable or feasible, you can make them work.”

The entrepreneur says it is important to pick a challenge that you love working on and learning from. “You’re going to spend hours trying to find solutions to problems in feasibility, desirability, and viability. So make sure you pick something that you actually enjoy working on. Also, try to pick a problem that’s large enough. It’s a bit riskier when you start with a problem that can be so niche that it can be fixed with a simple feature from another competitor.”

Sarah is one of the top product leaders in the Middle East, but she says there are challenges as a woman leader. “For those who have a family, it becomes difficult to juggle everything. Even prior to having a family, I think a lot of women hold themselves back … because they feel down the line it is going to be challenging to juggle family and career. I think I was partially a victim to the same.”

Having a support system or someone by the side is important, according to her. “In my case, my sibling Faizal has always supported me, even at times when I underestimated myself.”

Sarah says that, many times, she had lacked confidence and had thought she was not experienced enough for a certain role or opportunity. “We women hold ourselves to harsh standards. If you have the work ethic and the hustle, then you shouldn’t be overly worried about possessing specific skills,” she says. She also advises women to be as ambitious as the men are, give it their all, and learn as much as they can.