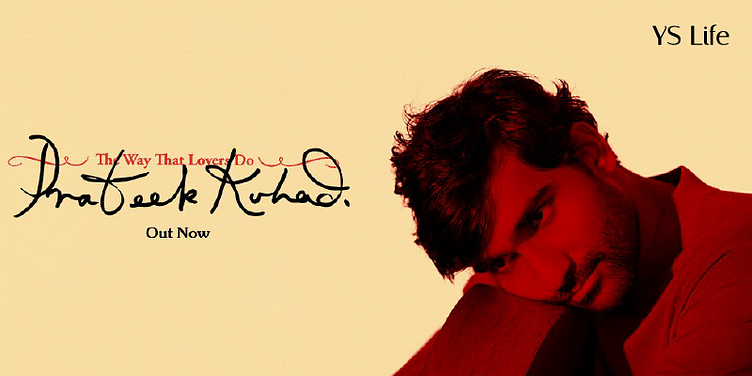 Held at BKC’s Jio World Garden in Mumbai, Prateek Kuhad’s The Way That Lovers Do tour had serene and mesmerising offerings but was led down by bad management.

A crooner of love ballads and heartbreaks, Prateek Kuhad’s songs are a regular in the playlists of Gen Z and millennial listeners. In a country where Bollywood music takes centre stage, the 32-year-old independent singer touches hearts with the strum of the guitar and a tinge of sadness.

Ever since former US President Barack Obama listed Cold/Mess as one of his favourite tracks in 2019, Prateek’s songs have travelled the world. I discovered Kuhaad in 2016 when Kho Gaye Hum Kaha (Where are we lost)—his duet with singer and composer Jasleen Kaur Royal—was featured in the movie Baar Baar Dekho. His innocent voice surfaces through the minimal guitar riff in the single.

Though not instantly likeable, the song stayed with me and I would find myself humming the tune like Elvis Presley’s iconic Can’t Help Falling in Love with You. Words like ‘rango sa ye jaha’ (the world is like colours) would lift my cynical cloak and make me take notice of the amazing world around me.

All of Prateek’s songs have a similar effect and sound much better when you hear him live.

On October 29, he kicked off The Way That Lovers Do tour in Mumbai—named after the eponymous album which was released earlier this year. The jam-packed Bandra Kurla Complex (BKC) venue was not just thronged by the usual crowd of young girls and couples, but the opening night attracted a much wider and mixed audience—from teenage girl groups to people in their mid-30s swaying to Prateek’s tunes.

Prateek casts a spell with his music. For a little while, you can shut out all the world’s troubles like the constant chatter around you, heat, and dehydration, and just sway to the opening riff from his hit single Kasoor (Fault).

Standing outside Jio World Garden, the singer strummed his guitar to Tune kaha, maine sun liya (You said, and I listened) from his 2016 single Tune Kaha. Prateek’s music reminds us of life’s simple pleasures such as holding hands and dancing into the night.

While I was expecting the concert to be more focused on his latest album, Prateek wouldn’t have been allowed to leave the stage had he not sung the crowd pleasers. So, for six minutes, as he sang the mesmerising Cold/Mess, it seemed like people were hit with a ton of emotions—couples were hugging each other, some were weeping, and others were entranced by the chorus banging their heads.

While Prateek himself was quite enchanting, the aura of the concert was left diminished by the catastrophic management of the show. It wasn’t just the lack of security arrangements that couldn’t manage a mob of teenagers, but the venue was left without access to the internet—making digital payments cumbersome and left to the will of the POS billing machine and at times a minimum 15-minute walk to the ATM for cash.

Such was the state of affairs at a concert wherein even to buy a refreshment, one had to buy a BookMyShow prepaid card no one told you about. To get the plastic money, you had to stand in long queues amid Mumbai’s sweltering humidity and miss performances of some memorable numbers like Tum Jab Paas and Bloom from Prateek’s latest album.

But while the organisers clearly need a lot of work to do, Prateek Kuhad’s magic held strong, even while listening to him passively while standing in long queues. The concert could’ve weaved the magic of Prateek’s nostalgia-inducing ballads of first love with a romantic atmosphere, however, it was, as a student described it, “fun but f*ucked”.

(The story was updated to correct a typo.)