Reverie Will Come To You With DataWind's UbiSlate 7C, CommercialVersion of Aakash 2 Tablet 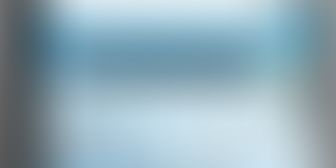 From the sidelines of the Datawind's UbiSlate 7C launch today in New DelhiDataWind, the makers of the Aakash tablet, has announced two new UbiSlate tablets – UbiSlate 7+ and UbiSlate 7C. Both the DataWind tablets come with similar specifications, other than the display quality and internal storage. The Ubislate 7C is said to be the commercial version of the Aakash II tablet.

Datawind's commitment to bring innovation was amply proved by them collaborating with unique players from the eco-system. At YourStory, we could not help but write about the association of Datawind with the innovative startup, Reverie Language Technologies led by Arvind Pani.

Less than 10% of 1.2 Billion Indians are literate in English. Yet, there are no local language support available on digital devices. The successes of Baidu (more successful than Google) and Qzone (more successful than Facebook) in China are predominantly because of offering in Chinese languages. Also annualized revenue from text related MVAS in China is more than 10 times of what's generated in India for text related MVAS. Again, the driving factor is support for Chinese.Reverie bridges this gap for India by providing the following.

More from the launch today -

Priced at an economical Rs. 2,999, the UbiSlate 7+ runs on Android 2.3 Gingerbread OS and is powered by a Cortex A8 – 800MHz processor. It has a seven-inch resistive touchscreen with 800 x 400 pixel resolution. The device includes Wi-Fi and GPRS connectivity. Optional 3G modems are also supported. Besides, micro-SD card slot, a full sized USB port is also integrated into the UbiSlate 7+.

The UbiSlate 7C, priced at Rs. 3,999, comes with similar set of applications except that it features a capacitive four-point touchscreen and 4GB internal storage.

The other partners that DataWind unveiled today were as follows -

On status of the Ubislate 7, the retail version of the Aakash tablet, Datawind CEO Suneet Singh Tuli said that the customers who have booked the UbiSlate 7 device will receive the upgraded UbiSlate 7+ tablet. The delivery of the Ubislate 7+ has already begun, he added.